Wizards vs. Bucks Pick Against the Spread 1/3/23 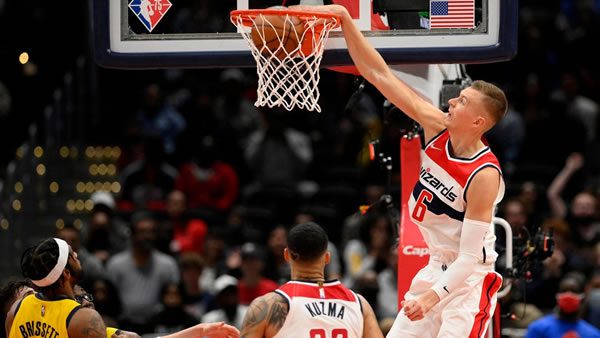 Heading into the game, Washington is 17-21 overall. When taking to the road, Washington has a mark of 7-14 and a win percent of 33%. Currently, the team is 10th in the Eastern Conference. So far, they are 17-20-1 vs. the spread. In their matchup against Milwaukee, the Washington Wizards have won 5 straight games and will look to push that mark to 6 in a row.

In their upcoming game, Washington will be looking to capitalize on their recent win over the Bucks. Rui Hachimura led the way for the Wizards with 26 points. Despite being 2 point underdogs on the spread, the Wizards were able to secure an ATS win.

In their last game, Milwaukee was defeated by the Wizards with a score of 118-95. Despite Bobby Portis scoring 19 points, the team was unable to come out on top. Going into the game, the Bucks were 2 point favorites.

In the most recent matchup between the two teams, the Wizards picked up the win 118-95 win over the Bucks. Heading into the game, Washington was the 2.5-point underdogs, giving them an ATS win. This has been the only matchup between the two teams this season. Washington has the ATS edge in their last 5 head to head meetings at 3-2. In these contests, they averaged a combined 220 points per game, leading to an over-under mark of 1-4.

Coming into the game, Washington’s offense is ranked just 21st in scoring at 112.1 points per game. This has come while being the 17th-ranked unit in pace. So far, the Wizards are averaging 98.9 possessions per contest. Washington comes into the game ranked just 23rd in 3-point attempts per game. So far, they have connected on 34.5% of their shots from deep, which places them 24th in the NBA. On defense, the Wizards are allowing an average of 112.0 points per game, placing them 16th in the league. So far, teams have shot 35.92% on their looks from outside vs. Washington. This figure places them 21st in 3-point shooting defense.

This year, the Milwaukee offense is not only near the NBA average in points at 112.4 points per game, but they are also playing at a pace similar to the league average. So far, the Bucks are ranked 15th in possessions per contest. The three-point shot has been a big part of Milwaukee’s offensive game plan, as they are ranked 6th in 3-point attempts per game. So far, they have connected on 34.2% of their looks from the outside. On defense, the Bucks are allowing an average of 112.13 points per game, placing them 19th in the league. So far, opposing teams are hitting 35.73% of their looks from deep vs. Milwaukee.

Giannis Antetokounmpo is the top scorer for the Bucks, with an average of 32.1 points per game. This season, his field goal percentage is 53.3%. Brook Lopez is the team’s second-leading scorer, averaging 14.6 points per game.

The Wizards are on a heater! I expect “some” of the Bucks stars to return for this game, but they’re still beat up and handicapping variable number one is ride the hot hand! The Wizards are crushing opponents by double digits. It’s debatable whether they win the game straight up, but it could happen. I’m betting the Wiz at +8!