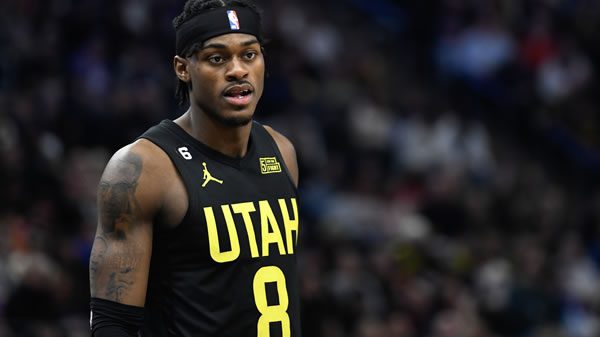 Point Spread: WAS +7/ UTA -7 (Did you know that you could be wagering on games at -105 odds instead of the spendier -110 option that you’re paying? Making the switch to reduced juice betting will save you THOUSANDS of dollars over time! Find this killer offer at BetAnySports!)

After their win against the Suns, Washington will be looking to continue their momentum. Kyle Kuzma had a big game, scoring 29 points to help lead the team to victory. As 7-point underdogs on the spread, the Wizards were able to come away with an ATS win

In their preceding game, the Jazz overpowered the Pistons, earning a 126-111 win as 2-point favorites. Lauri Markkanen led the way for the Jazz, putting up 38 points on 65.0% shooting. The Jazz not only secured the victory but also covered the spread.

In the most recent matchup between the two teams, the Wizards picked up the win 121-112 win over the Jazz. Heading into the game, Washington was the 4.0-point underdogs, giving them an ATS win. This has been the only matchup between the two teams this season. When looking at how these teams have performed against the spread in recent matchups, the Wizards hold the edge at 4-1. However, the average scoring margin in these matchups has been tight, sitting at just 0 points per game. A combined average of 232 points per game was achieved in these matchups, leading to an over-under mark of 4-1.

Coming into the game, Washington’s offense is ranked just 24th in scoring at 110.7 points per game. This has come while being the 19th-ranked unit in pace. So far, the Wizards are averaging 98.9 possessions per contest. Washington comes into the game ranked 22nd in 3-point attempts per game. So far, they have connected on 34.7% of their shots from deep, which places them 23rd in the NBA. On defense, the Wizards are allowing an average of 112.0 points per game, placing them 16th in the league. So far, teams have shot 35.92% on their looks from outside vs. Washington. This figure places them 21st in 3-point shooting defense.

Heading into this matchup, Washington is in jeopardy of not having Kristaps Porzingis in the lineup as he is questionable. This season, he is the team’s second-leading scorer at 22.4 points per game. So far, Kyle Kuzma is adding 21.5 points per contest for the team.

For the season, Utah has put together one of the top-scoring offenses in the NBA at 116.9 points per game. When looking at their style of play, the team is currently near the league average in pace, averaging 100.2 possessions per contest. Utah’s offensive attack has benefited from some hot shooting from outside. Not only are they among the league leaders in 3-pointers attempted per game, but they are 8th in 3-point shooting percentage at 37.0%. Defensively, the Jazz have been one of the best units in the NBA, allowing just 107.57 points per game. So far, they have allowed a 3-point shooting percentage of 35.09%, placing them 15th in the NBA.

I’m just not excited about this game at all. The Wizards are a crappy basketball team, and Utah is young and still trying to find chemistry. Washington had lost ten games in a row before beating the “Devin Bookerless” Suns in their last outing. Utah beat up the Pistons, and Larui Markkanen was as hot as anybody you’ll ever see in an NBA game. The spread is probably right on, but if forced to make a pick, I’d lay the points with Utah. I think they win the game straight up for sure. I just don’t feel strong about a cover. Maybe consider jamming them into an open-ended teaser as a money line play. Bet your NBA predictions for FREE this week by scoring a 50% real cash bonus up to $250 at the web’s best sportsbook —> Bovada! They also have a sweet player rewards program and the best live wagering platform on the planet!