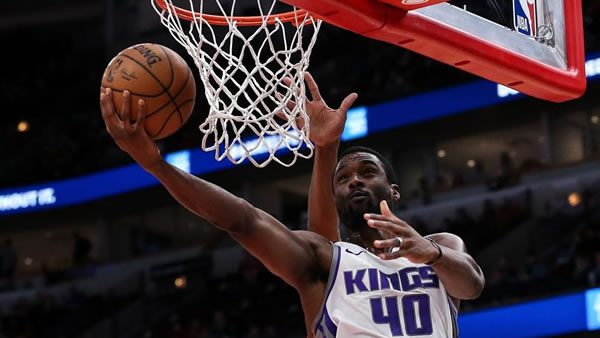 Point Spread: WAS +8/ SAC -8 (Did you know that you could be betting on games at -105 instead of -110? This is SUPER important as it lowers your breakeven percentage! Find this huge money saving offer at BetAnySports!)

Most recently, Washington lost to the Jazz by a score of 120-112. Bradley Beal and his 30 points were not enough for the team to pull out a win as 7-point underdogs. The Wizards also finished with an ATS loss in the game.

In their previous game, the Sacramento team emerged victorious against the Lakers, winning by a margin of 8 points as predicted. Kevin Huerter shone for the Kings, scoring 26 points on a shooting percentage of 64.3%. The Kings not only won the game but also successfully covered the spread.

The Kings will look to carry over last year’s success vs. Washington, as they won both games of the series. The average point total of these two meetings was 226.5, with Sacramento winning by scores of 119-105 and 110-105. Similar to their season-long average, the Wizards averaged 107.5 points per game vs. the Kings. On the other side, Sacramento saw an improvement in their scoring numbers when playing the Wizards, as they averaged 121.0 points per game in these matchups. The Kings have had the better record vs. the spread over the last five games, going 4-1. The team’s average scoring margin in these contests sits at 5 points per game. In these contests, they averaged a combined 237 points per game, leading to an over-under mark of 2-3.

Coming into the game, Washington’s offense is ranked just 23rd in scoring at 110.8 points per game. This has come while being the 19th-ranked unit in pace. So far, the Wizards are averaging 98.8 possessions per contest. Washington comes into the game ranked just 22nd in 3-point attempts per game. So far, they have connected on 34.6% of their shots from deep, which places them 24th in the NBA. On defense, the Wizards are allowing an average of 112.0 points per game, placing them 16th in the league. So far, teams have shot 35.92% on their looks from outside vs. Washington. This figure places them 21st in 3-point shooting defense.

Heading into this matchup, Washington is in jeopardy of not having Kristaps Porzingis in the lineup as he is questionable. This season, he is the team’s second-leading scorer at 22.4 points per game. So far, Kyle Kuzma leads the team in scoring and is averaging 21.5 points per contest.

This season, Sacramento is among the league leaders in scoring, averaging 118.4 points per game. So far, the Kings are also one of the more up-tempo teams in the league, sitting at 101.8 possessions per game. The three-point shot has been a big part of Sacramento’s offensive game plan, as they are ranked 6th in 3-point attempts per game. So far, they have connected on 35.7% of their looks from outside. The defense has been a struggle for Sacramento, as they are currently allowing 115.77 points per game. The team’s 3-point shooting defense has been a problem this year. So far, opposing offenses have hit 37.05% of their looks from outside.

Coming into today’s game, De’Aaron Fox is the leading scorer for Sacramento at 23.1 points per game. This season, Fox has a field goal percentage of 49.8%. The team’s second-leading scorer is Domantas Sabonis, at 17.9 points per contest.

The Wizards are a team I like to fade because they never seem to have any chemistry, symmetry, or structure. Not today, though, because they’ve strung together a few good performances, and the Kings don’t blow teams out. I’m betting the Wizards as my top play today. Bet your sports picks for FREE this week by scoring a 100% real cash bonus up to $300 by entering promo code PREDICT100 at MyBookie Sportsbook!)