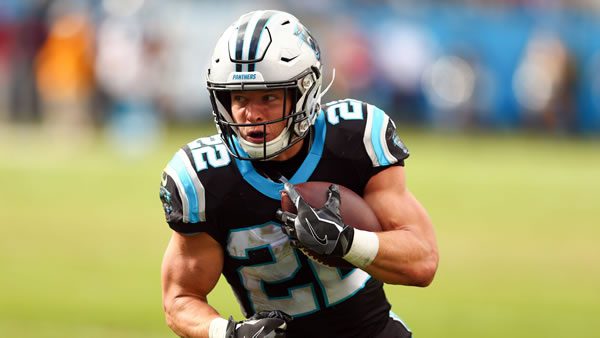 The Carolina Panthers snapped a 9-game losing streak last week with a 22-14 victory over the New Orleans Saints and perhaps extended Head Coach Matt Rhule’s tenure for another couple of weeks at least. By no stretch of the imagination was last week’s victory pretty. That said, the Panthers got a big defensive effort, and WR Laviska Shenault took a short pass 67 yards for a touchdown to put the game out of reach. At 1-2 SU and 1-2 ATS, the Panthers will have the luxury of hosting the Arizona Cardinals this Sunday at Bank of America Stadium as mere 1.5-point favorites.

The Cardinals (1-2 SU, 1-2 ATS) share the same record as the Panthers in what can only be described as a disappointing start to the 2022 campaign. Most recently, the Cardinals suffered a 20-12 loss at home to the Rams despite QB Kyler Murray attempting 58 passes and throwing for more than 300 yards. As many are aware, the Cardinals have been riddled with injuries. RB James Conner returned last week after an ankle injury but did not appear to be 100%. WR Rondale Moore has missed several weeks with a hamstring injury, and WR DeAndre Hopkins continues to serve a six-game suspension. Needless to say, the Cardinals’ offense is trying to hang on until they can get all of their playmakers back and healthy. However, if the Cardinals fall into a bigger hole, their playoff hopes will start getting grim.

Despite the Panthers’ win last week, I remain convinced that they are still the worst team in the NFC or in the bottom three at the least. Even with the victory against the Saints, QB Baker Mayfield looked awful, hitting just 12 of 25 passing for 170 yards with a touchdown, and keep in mind the lone touchdown was a short sideline pass that Shenault took the distance. The fact remains that Mayfield has been incapable of stretching the field and utilizing his wide receivers. As a result, defenses can solely focus on limiting the big play ability of RB Christian McCaffrey, and if they accomplish that feat, then it is a likely path to victory.

While Arizona is not exactly playing good football at the moment, I still think they are a much better team than Carolina. More importantly, mobile quarterbacks have been kryptonite for Carolina’s defense over the last few seasons, and this offense will be glad to put the game on Murray’s shoulders, as they proved last week with nearly 60 passing attempts. The good news for Arizona is that WR Rondale Moore is slated to return this week, and RB James Conner should be closer to 100% to bring some firepower back to the lineup. While the Cardinals’ defense is a concern, Baker Mayfield has proved that he cannot be trusted. As a result, I think this is the Cardinals’ game to lose.

This is a prime bounce-back spot for the Arizona offense in a plus-side match-up. If the Cardinals’ defense plays well, this will be an easy cover. Even if they don’t, I believe Murray will do enough to get the job done as opposed to the pathetic Panthers offense.
Jay’s Pick: Take Arizona +1.5. Bet your Week 3 NFL predictions for FREE by taking advantage of a 100% real cash bonus up to $500 when you enter bonus code PREDICTEM on the special offers page at Everygame Sportsbook! They are the oldest and most trusted sportsbook on the web! (In business since 1983 – Formerly Intertops).