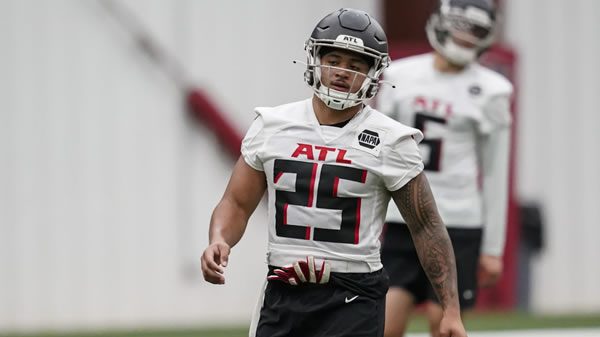 Point Spread: ATL +8.5/TB -8.5 (GTBets – Get a 125% real cash bonus and a FREE half point every time you bet your favorite teams when you use bonus promo code PREDICTEM)

The Atlanta Falcons won their 2nd straight game in a row last Sunday with a 23-20 victory over the Cleveland Browns. With the victory, the Falcons moved to 2-2 SU on the season with a perfect (4-0) mark against the spread. Believe it or not, the Falcons are tied with Tampa Bay for first in the NFC South after the Buccaneers suffered a damning loss to the Chiefs on Sunday Night. As a result, the winner of this Sunday’s meeting between the Falcons and Buccaneers at Raymond James Stadium will officially emerge with the sole spot on top of the NFC South.

Despite opening as 8.5-point betting favorites, the Buccaneers have not looked great this season. The Buccaneers’ defense dominated the likes of Dallas and New Orleans by holding both teams to just 13 points combined. However, Tampa’s offense struggled in those games and has continued to struggle in the weeks since those two opening wins. In fact, the Buccaneers’ offense currently ranks 24th in the NFL, averaging just 317 total yards per game. While numbers don’t lie, I would also say the Buccaneers’ offense has not passed the eye test for most of their games, with the exception of WR Mike Evans. As a result, I strongly question whether this team should be laying 8.5 points against anyone at this point?

While this is probably not a popular headline, and I have complete respect for the GOAT, I would be lying if I said QB Tom Brady was playing at the same level we have witnessed during his time in Tampa. Instead, Brady has shown signs of age with some inconsistency and lacking the power to stretch the field. While the decision-making remains keen, I don’t believe Brady is able to stretch the field quite as well. The reason I make the observation is because this will be a telling week from where Brady currently stands in the performance department. The Falcons pass defense has been pretty bad, especially down the field. Therefore, it will be interesting to see if Brady can find ways to execute down the field with a banged-up receiving corps.

What to watch: Falcons offense

This week, the Falcons placed RB Cordarrelle Patterson on the injured reserve meaning their star playmaker will be sidelined for at least four weeks. Patterson is reportedly having a procedure on his knee, which is the reason for the move to the IR. As a result, the Falcons will be looking for Tyler Allgeier and Caleb Huntley to pick up the slack. In last week’s 23-20 victory over the Browns, Allgeier and Huntley combined for 20 carries, 140 yards, and a touchdown. The run game has been the biggest indicator of Atlanta’s success this season as QB Marcus Mariota continues to play mediocre football. As a result, it will be interesting to see if Atlanta can get the ground game going this week against one of the top rushing defenses in the league. If they can open things up in the run game to take pressure off of Mariota, it will increase the Falcons’ chances at another victory.

More Picks: Get the money with Loot’s MIA/NYJ recommended bet for 10/5/22

Technically this is not a great match-up for Atlanta in the way these two teams stack against each other in the X’s and O’s department. However, I am just not a believer in this Buccaneers team and think 8.5 points is not deserved. I’m going to take my chances with the dog here and take the points.

Jay’s Pick: Take Atlanta +8.5. Bet the Dirty Birds as +27.5 underdogs by inserting them into a massive 19 point NFL teaser found at Wagerweb Sportsbook!