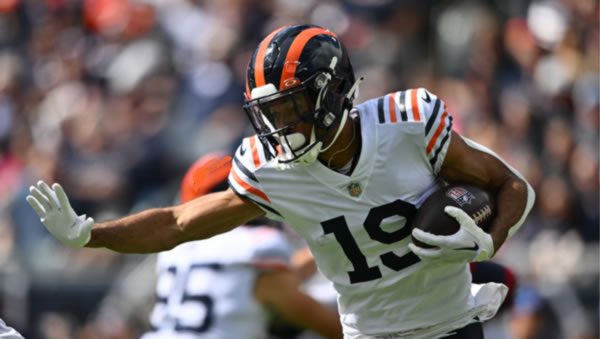 Point Spread: BUF -9/CHI +9 (Make the Bears a +29 underdog by inserting them into a massive 20 point NFL teaser at Wagerweb Sportsbook!)

Last week, the Buffalo Bills earned their 5th straight victory in a 32-29 thriller over the Miami Dolphins. The hard-fought win, which occurred during a snowstorm, was highlighted by QB Josh Allen who threw for 304 yards and four touchdowns. As a result, the Buffalo Bills took full control of the AFC North and locked themselves into a playoff berth. However, Buffalo is hoping for much more than a simple ticket to the postseason. The Bills need to keep winning for an opportunity at a first-round bye and home-field advantage. For that reason and more, the Bills will be hefty 9-point favorites for Saturday’s road trip to the Windy City against the Chicago Bears.

While the Bills continued an exciting winning streak last week, Chicago continued to go in the opposite direction with their 7th straight loss. However, the Bears actually exceeded expectations in a 25-20 loss to the Philadelphia Eagles, who own the best record in the NFL. The Bears were nearly double-digit underdogs in their homestand against Philadelphia and covered the spread despite the 25-20 loss. More importantly, Chicago had several opportunities to win the game outright, which has been a theme throughout the season. The Bears have consistently played better than their 3-11 SU record suggests and could be getting some value as near double-digit underdogs for the 2nd straight week.

Before last week’s exciting shootout win over Miami, the Bills’ offense had been criticized in each of the prior weeks against the Patriots and Jets. In those games, QB Josh Allen was held to around 200 passing yards in each game, and the offense was far less efficient as an entire unit. Allen played damn near perfect last week against Miami, but I’m wondering if the offensive issues are truly resolved? I still believe the Buffalo backfield is uncertain for the wrong reasons, and WR Stefon Diggs is the only reliable threat on a weekly basis to accompany Allen. For that reason, I’m not assuming another 30-point performance is certain for the Bills high-scoring offense especially when considering the Bears’ have allowed just 211 yards per game this season through the air.

In my opinion, the match-up that ultimately decides the way this game will unfold will be the battle surrounding the Bills’ defense and Bears’ offense. The Bills’ defense has been a touch inconsistent this season against the pass, but they still rank 3rd in DVOA against the run. The Bills’ ability to stop the run will be paramount this week because the Bears rely on the ground game more than any offense in the league outside of Atlanta. QB Justin Fields has run for more than 550 yards in the last five games and is perhaps beginning to turn into a legitimate dual threat in the passing game. Therefore, it will be extremely important that Buffalo is able to deny the run and force Fields into specific passing situations. If they fail to do so, it could be trouble.

I think the Buffalo Bills are in a “letdown” position off of last week’s thriller against Miami. More importantly, I feel like Buffalo’s match-up against Chicago strengthens the “letdown” argument. If we can get a solid performance from QB Justin Fields, I really like the points here!

Jay’s Pick: Take Chicago +9. Did you know that you could be betting on football (and all sports) at -105 odds instead of -110? Get your calculator and and see how much money you would have saved in unecessarily risked vigorish! Its an ENORMOUS amount! STOP wasting money! Start saving BIG BUCKS by making the switch to BetAnySports Sportsbook TODAY!