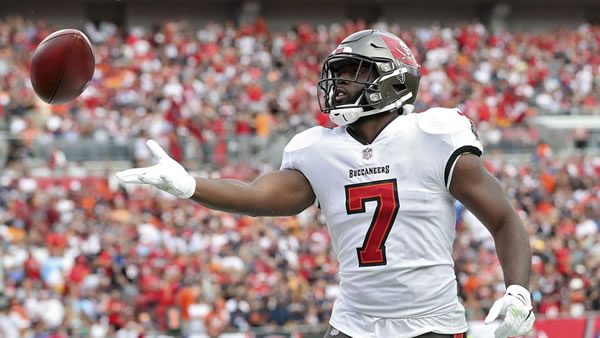 After a rough start to the season, defending AFC champion, Cincinnati now looks to have things figured out at the right time. The Bengals finally figured out their way past the Browns last week and now face a Tampa Bay team that appears to be in a position to make the playoffs only because someone from the NFC South has to qualify.

However, there’s danger here, which is why this line is a mere 3.5 points. As bad as the Buccaneers looked last time out against San Francisco, they’ve played much better in their own stadium. Tampa Bay has won four of five as the designated home team, with the lone loss coming against the Baltimore team that Cincinnati is chasing for first place in the AFC North. The Bucs are 0-3 against the North on the year, but they looked a lot better against the Ravens at home than they did against Pittsburgh and Cleveland on the road. Tampa Bay does have plenty of pressure on it, as one slip could allow Atlanta or Carolina to come from behind and steal the division and the playoff spot that follows.

However, it’s questionable as to how much that will mean. The Bengals have been getting better each time out, and it’s doubtful as to whether Tampa Bay’s weak attack can keep up. The Bucs might face the reality that Tom Brady’s window is closed.

How the Public is Betting the Cincinnati/Tampa Bay Game

Money has clearly come in on the Bucs, as the line has stayed stationary despite 65% of tickets coming in on the Bengals. The total has jumped two points from 42 to 44.

This is a case of strength on strength. The Bengals know that the strongest part of the Buccaneer defense is the secondary, but they might not have a choice because their own running game is quite inconsistent. Joe Mixon did play well against Cleveland last week, but Cincinnati is not really used to running the ball to win games. The Bengals usually like to air it out and make teams try to keep up with them.

However, that’s going to be tougher in this game because not only are the Bucs strong against the pass, but Joe Burrow and Tee Higgins are both banged up. Burrow is almost certain to play, but given that the big weakness for the Bucs’ defense is the run, Mixon will likely play a more significant role than he otherwise might. That could make his prop total a solid play if you can get it at a good number. It also might make it wise to look Under on Cincinnati receivers, especially Higgins.

Tampa Bay’s game plan is simple: The Bucs have to get themselves ahead early, or at least not fall behind. The Bucs are not built to come from behind at all, and the rout in San Francisco showed that. The 49ers scored first and controlled the rest of the game, as Tom Brady had to pass 55 times against 19 running plays. Tampa Bay is the worst in the league at moving the football on the ground, which means they don’t keep the ball for very long.

That’s a problem, given the powerful offense on the other side of the field. The Bucs simply don’t have a good way to keep Cincinnati on the sidelines, as they’re either going to score too quickly or punt without using much clock with almost no in-between. Tampa Bay simply has to keep firing away, and on paper, that’s a pretty good matchup for the Bucs’ defense. However, Cincinnati’s defense has shown a tendency to come up big in big moments, and challenging them might not necessarily be wise.

These teams don’t play often, and when they have, the Bucs have usually been the stronger. Tampa Bay has covered five straight against Cincinnati, and the Bucs have done so as the underdog in four of them. However, Cincinnati has been on a tear as of late, covering four straight in December and 13 of its last 16 away from home. The Bengals also beat the teams they should and do so convincingly, covering in four of their past five against teams under .500.
Meanwhile, the Bucs have been just awful as far as their bets have gone. Tampa Bay has one cover in its past 11 games overall, and the Bucs are 1-6-1 ATS in their past eight home games. The under has also usually cashed for the Bucs, going 4-1 in their past five games in Tampa.

Weather should not be a factor in this game. As long as the Bucs cover the field during the Thursday and Friday mess, the teams will have ideal conditions with 65-degree weather and no precipitation. Wind will blow at eight miles per hour going north.

The Bucs aren’t looking like a team that can stay with the Bengals, especially given how good Cincinnati is on the road. The Bengals are hitting their stride, and Tampa Bay appears to be hitting a wall.

The over looks like the play here, but as for the game, I’ll back the Bengals. Bet your Week 15 NFL predictions for FREE and get a FREE HALF POINT everytime you bet your favorite team by scoring a 125% real cash bonus up to $400 by using promo code PREDICTEM at GTBets Sportsbook!