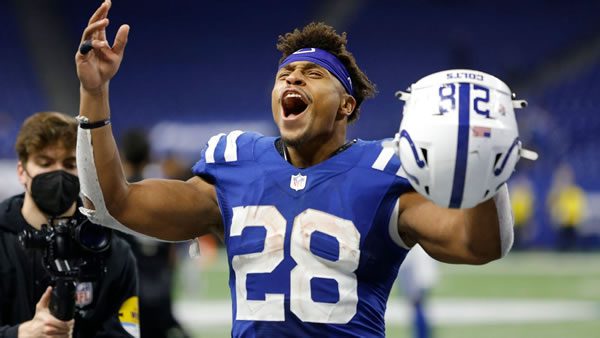 Week two features an AFC South matchup with the Indianapolis Colts taking on the Jacksonville Jaguars at TIAA Bank Field on Sunday. Indy had a rough week one, and their score with Houston was one of the more-jarring ones on a slate full of upsets. But a big late comeback allowed them to take the game to OT, and after a back-and-forth ten minutes, the Colts had an opening week tie. It could have been worse. The Jags gave it a good go on Sunday, holding the lead against the Commanders at one point in the second half before getting nipped at the wire late, 28-23. Can they do better in their home opener, or will the Colts look to take last week out on their divisional rival?

All said, a tie against a divisional team that they’ve had the measure of recently is a definite letdown for the Colts. And looking at the game, once they started getting Jonathan Taylor going, with Ryan connecting with guys like Michael Pittman, one could easily have forecasted a win in the extra period. But just as they seemed to gain momentum, they couldn’t push through. They weren’t really getting after the quarterback or making big plays on defense. And they squandered a 161-yard game from Taylor and a 121-yard game from Pittman. The early reviews on Matt Ryan as the new Colts’ quarterback were a bit mixed. He did have 352 yards and worked well with the Colts’ main weaponry, but he was a bit errant with his throws and had trouble hanging on to the ball.

Still, with some people already missing and with Ryan in his first game, maybe this isn’t the time to hold things too much against the Colts. That offensive production will eventually turn over into the production of actual points. And those guys aren’t going away. With Taylor, they have one of the better backs in the league, a guy who can carry an offense on his back and he kind of did that in week one. The word that Ryan was connecting well with Pittman in camp was illustrated on Sunday with Pittman targeted 13 times for nine receptions and a TD. With time, we will see more from the supporting cast, with Nyheim Hines, Parris Campbell, Ashton Dulin, Alec Pierce, and Mo Alie-Cox getting more involved. And with the way former Indy QB Carson Wentz took this Jacksonville defense to school on Sunday, this might prove to be a better spot for Ryan and the Colts.

Any Change with the Jags?

In the results-based world of pro football, it’s hard to heap any praise on the Jags after losing to the not-all-that-commanding Commanders. It’s still fair to say that there was more optimism present on offense. Trevor Lawrence seemed palpably different or at least a little sharper. Wide receiver Christian Kirk delivered nicely in his first game with Jacksonville. Other new additions, TE Evan Engram and WR Zay Jones, also had some good moments. They look to get some contributions from former high draft pick RB Travis Etienne, who was productive. James Robinson said to be hurting but didn’t show it with two TDs. Having two backs who are both adept at catching balls out of the backfield could really pay off for this offense down the road. It wasn’t an easy road game, and now at home against a familiar rival, maybe we’ll see better this week. For what it’s worth, they split two games with the Colts last season, losing by one score and winning the last game of the season. A lot of pieces are different this season, but the Indy offense didn’t really take flight in either matchup against a Jags team that might be better this year.

More Picks: Falcons at Rams recommended bet for their 9/18/22 game

Perception of the Colts

We have this view of the Colts that they’re almost bulletproof. We sort of take for granted that they’re coached well and strong in areas that don’t get a lot of attention, namely in the trenches. We’ve seen quarterbacks, many in their twilights, perform OK in this offense, as the Colts have maintained a level of contender, even if they’re infrequently sited as a team that could win the conference. But the injury status of Shaquille Leonard needs to be checked leading up to this game, as he is really the heart of the defense, and they’re not the same without him. And maybe we sign off too easily on this whole “reborn in a new offense” narrative with guys like Matt Ryan. He wasn’t that great the last few years with the Falcons, and there were some bad looks in week one. It’s something to keep an eye on, despite notions that anyone can step in this offense with their line and tools and make it work.

With how well the Jags matched up with the Colts last season, combined with the notion that the Jaguars might be a smidge better with the Colts a bit worse, I think you can justify some value on the home dog Jags this week. Some enhanced aerial weaponry and a viable run-game, along with what should be a surge from Lawrence this season, make the Jaguars an interesting dark horse moving forward. These divisional road games can be trickier than they look on paper, as the Colts well found out last week. Two such games to open the season isn’t ideal, and I think the Jags will find themselves right in this game. I’ll take Jacksonville and the points.

Loot’s Prediction to Cover the Point Spread: I’m betting on the Jacksonville Jaguars plus 4 points. Note: Brush up on your NFL handicapping prowess by reading some of our articles!