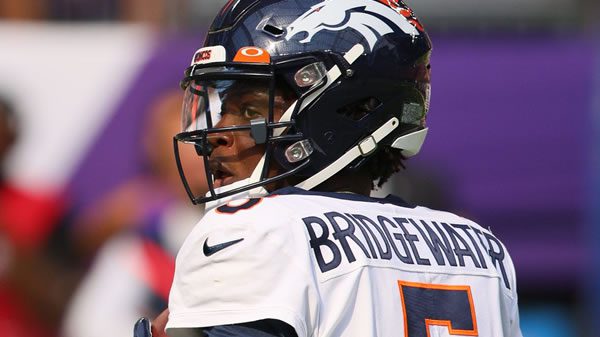 The Denver Broncos take on the Cleveland Browns in AFC action from FirstEnergy Stadium on Thursday Night Football. Both teams are coming off tough weeks, now getting the short rest before being thrown into what is a crossroads game for both times. Denver fell to 3-3 with their third straight loss, a 34-24 home loss to the Raiders on Sunday. Cleveland, meanwhile, was really disappointing in a 37-14 loss at home to the unbeaten Cardinals. Both teams have hopes for the season, making winning this one on the short week key for each team. Who can get the upper hand?

The short week makes it hard for teams to recover from injuries and both teams have a bunch. Cleveland, who relies majorly on the run-game, went into last week without Nick Chubb, their lead back. But now Kareem Hunt, who left the game on Sunday, is also dealing with a calf injury. Mayfield hurt his shoulder but is expected to be OK. The injuries on the Denver defense, meanwhile, has reached horrifying levels. Their entire LB corps is now decimated. The faces we might be seeing in the middle of the Denver “D” might be the same faces we saw at Home Depot earlier in the season.

The Tale of Two Wayward Defenses

Denver allowed 26 combined points in their first three games, a total that has swelled to 84 points in their last three games. We certainly did expect some different results once Denver came out of the Giants/Jaguars/Jets context, but not quite to this extent. In a matter of a few weeks, Denver has gone from a team to watch to a team that looks a lot like the team we’ve seen the last few seasons. The defense is still respectable in spots, but against offensive teams that have their act together, it’s not enough to camouflage the shortcomings of a troubled offense.

The Browns’ defense has also followed suit. They got off to a rough start, but who doesn’t against the Chiefs? They then looked really good for the next several weeks, thriving against the run and the pass, making big plays, getting after the quarterback, and allowing very little. After allowing just 7 points to the Vikes, people were excited. Then came a 47-point allowance to the Chargers and last weeks’ meltdown when the Cards put 37 on them in bad conditions.

The question for the purposes of this game is whose defense can reclaim some of their venom? Denver will be going against a Cleveland offense that is compromised. Without that run-game popping, it can be a unit that even the Denver defense can curtail. They still have enough juice upfront and abundant talent in the secondary to force the sometimes errant and mistake-prone Baker Mayfield into some mistakes. But the same Cleveland defense that has been faltering against the Bolts and Cards won’t be seeing that this week. They’ll be seeing a Denver offense that has been putting up a little over 16 points a game the last three weeks.

Hope for Each Offense

It’s hard to say now, and the short week doesn’t help, but maybe the Browns can have use of Chubb or Hunt this week. If not, their chances to make headway aerially could surpass Denver’s. Jarvis Landry should be available soon, and with Odell Beckham, Donovan Peoples-Jones, and others, Mayfield has some weapons to put to use behind an O-line that still has some juice. Denver, meanwhile, is seeing some guys step up aerially. Bridgewater has some nice weapons with Courtland Sutton, Noah Fant, Tim Patrick, and others, but Teddy Bridgewater’s three picks on Sunday could throw his starting status into jeopardy. And the run-game might have to make a decision, letting promising Javonte Williams take over instead of platooning him with Gordon.

In any event, there is an opportunity for both teams in this spot. Both offenses make enough mistakes to give the defenses a chance to put a big imprint on this game. Both teams are heavily compromised in areas they really need to be squared away to thrive. Denver will be looking to flex their greater options on offense, but getting the most out of the offense is an elusive thing for this Broncos team, even against defenses that are struggling or not completely intact. While Cleveland is not the same without their run-game intact, they might have more options to spin out of their predicament and salvage something than the slip-sliding Broncos, who have the reality of their situation starting to crash in on them in a big way. The Browns might be less intact offensively, but they also might be stocked in such a way that makes it easier to recover. Denver, with their innumerable injuries on defense, is what we’ve seen this season—a team that can thrive in certain spots, but is really up against in spots like this—a road game against a desperate Browns team.

Despite the injury issues, the Browns seem to have a higher floor than the Broncos, as well as a higher ceiling. After seeing a 3-1 start go to 3-3 after losing to the Chargers and Cardinals, this is that fork-in-the-road moment for the Browns. For those recent losses, they were against good teams, and they had excuses to perform at less-than-peak form. And while they still have excuses with the injuries, a home spot against a team on a losing skid amounts to a must-win game for this team. I think they’ll see their way through and cover the spread. I’ll take the Browns.

Loot’s Prediction to Cover the Point Spread: I’m betting on the Cleveland Browns minus 4 points. Bet ALL of your Week 7 NFL picks FREE by taking advantage of a 100% REAL CASH bonus on your first deposit of $100 to $300 at MyBookie Sportsbook! (Must use bonus code PREDICT100 on registration page to receve the special bonus!) Click here to get your free bets!