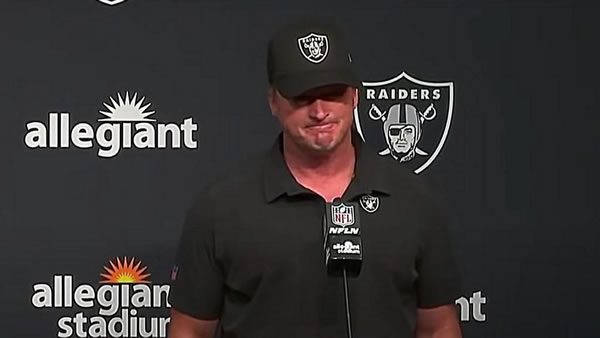 The Las Vegas Raiders dropped their 2nd straight game last week in a 20-9 mild-upset to the Chicago Bears. The Raiders entered the contest as 5.5 point favorites but failed to get anything going on the offensive side of the football. Perhaps Head Coach Jon Gruden’s off-field allegations provided an untimely distraction, or perhaps it was just a poor effort. Either way, the once 3-0 SU Raiders are now on the verge of being sent back to the .500 mark if they cannot regroup on Sunday with their road trip to Mile High to play the Denver Broncos in an AFC West showdown.

Like the Raiders, the Broncos were also once 3-0 SU but have suffered back-to-back losses. The most recent setback included a 27-19 thumping to the Steelers in Pittsburgh. The Broncos’ injury-plagued defense was lit up by QB Ben Roethlisberger and emerging rookie RB Najee Harris. Despite a big afternoon from WR Courtland Sutton, who caught seven passes for 120 yards, the Broncos could not find enough firepower to keep pace with the Steelers. The good news for Denver is that they are still a solid football team despite the injury woes and will have a much better match-up opportunity when they host the Raiders on Sunday.

As of Monday night, Las Vegas Raiders’ Head Coach Jon Gruden has chosen to resign. In case anyone missed the headlines over the weekend, Gruden was under fire after several emails emerged that contained hateful undertoning messages that were sent in 2011 to the head of NFL’s Players Union. With Gruden stepping down, Raiders’ Assistant Coach Rich Bisaccia will step into the role as the interim head coach. Bisaccia has a long history in the NFL, including Assistant Head Coach job titles at the Buccaneers, Chargers, Cowboys, and most recently with the Raiders since 2018.

In many ways, this is a difficult game to predict with extreme confidence. Despite the injury concerns, I believe the Broncos are still a solid football team, especially on the defensive side of the football. Offensively, QB Teddy Bridgewater has not done anything wrong per se. Bridgewater has thrown for 1,180 yards through the air with seven touchdowns and just one pick. However, the Broncos remain heavily committed to the ground game behind the running back tandem of Melvin Gordon and Javonte Williams. With the prior loss to Jerry Judy, the passing attack just does not seem as explosive, and I don’t expect Sutton to become a weekly boomer.

With that being said, the Raiders are not exactly blowing opponents away on the offensive side of the football. Gruden’s departure obviously does not help matters, and it is hard to predict how the Raiders will respond in the short term. The Raiders had a fast start to the season with some big performances from QB Derek Carr and one of the emerging receiving groups in the NFL behind Henry Ruggs, Hunter Renfrow, and TE Darren Waller. I am a fan of the weapons that Las Vegas has on the offensive side of the ball.

The problem is that Derek Carr is a very average quarterback despite the emerging weapons. Carr has been a very average quarterback throughout his career, which was on full display in last week’s loss to the Bears. Carr’s final stat line was not too daunting, with 22 of 35 passing for 206 yards and one pick. However, the stats do not always tell the entire story as there were several missed opportunities in the passing game, especially on the deep balls with the speedster Ruggs. Needless to say, I don’t have a ton of confidence in Carr, especially against a capable defense in Denver. This is likely to be another low-scoring slugfest where the Raiders and Broncos settle for field goals instead of touchdowns.

Jay’s Pick to Cover the Point Spread: Gruden’s departure may have an immediate impact on the Raiders’ play calling. Even before Gruden’s announcement, this game was trending to an ugly slugfest between two offenses that are struggling. As a result, I believe the under 44.5 is a solid play here. Check out this killer bonus… “Deposit $25, get an extra $50 FREE!” Simply register for a betting account at Intertops Sportsbook through this special link, deposit $25, then enter bonus code ROOKIE200 on their special offers page and the fifty bucks will appear INSTANTLY in your account balance!