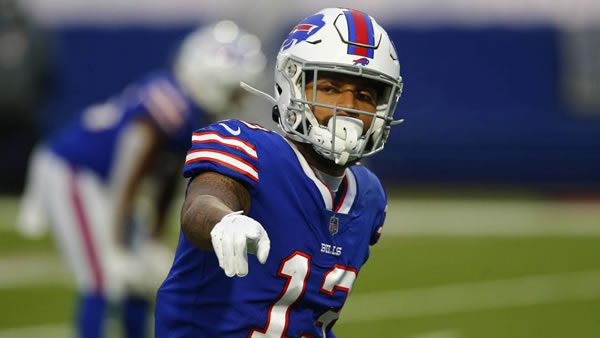 The Buffalo Bills returned from a Week 7 bye to capture their 4th straight win last Sunday night in a 27-17 victory over the Green Bay Packers. The Bills jumped out to a 24-7 lead by halftime and seemingly cruised against the struggling Packers. With the victory, Buffalo maintained the best record in the AFC, which currently sits at 6-1 SU. This Sunday, Buffalo will take the trip to East Rutherford, New Jersey, for a meeting with AFC East foe and division rival by way of the New York Jets. The Bills have won 4 straight games over the Jets, most of which by large margins. As a result, Buffalo will be laying nearly two touchdowns when both teams meet inside MetLife Stadium.

While the Jets have historically been a bottom feeder in the AFC East, New York has exceeded expectations this season with a 5-3 SU record. Last week, the Jets had a 4-game winning streak snapped by the New England Patriots in a 22-17 loss. However, it could easily be argued that the Jets were the better team in that game but failed to overcome three interceptions by QB Zach Wilson. Interestingly at 5-3 SU, the Jets are 2nd in the AFC East and could narrow the gap between the 1st-place Bills with an upset victory on Sunday. If that were to happen, it would be the Jets’ first win at home against the Bills since 2017!

The NFL trade deadline expired this Tuesday, and the Buffalo Bills were among the busiest teams up until minutes before the deadline. In the early afternoon on Tuesday, Buffalo acquired RB Nyheim Hines from the Indianapolis Colts. In Indianapolis, Hines has been stuck behind one of the best tailbacks in the NFL in, Jonathan Taylor. However, Hines has been a weapon when given opportunities, especially in the passing game out of the backfield. For that reason, Hines appears to be a perfect fit for the pass-happy Bills and will likely contribute immediately behind starter Devin Singletary. After the Hines trade was confirmed, Buffalo announced another trade right at the 4 pm deadline, which featured the return of veteran safety Dean Marlowe. Marlowe was with the Bills from 2018-2020 and was acquired for a 7th-round pick from Atlanta to help with depth issues due to injuries in the Bills’ secondary. Needless to say, both transactions were beneficial towards helping Buffalo remain on a trajectory as one of the best teams in the NFL.

From a betting perspective, this Week 9 match-up between the Bills and Jets provides concerns on both sides. The Bills have the best offense in the NFL, led by QB Josh Allen who is playing at an absolute elite level. Allen has already thrown for nearly 2,200 yards with 19 scores and six picks while also rushing for another 306 yards with two scores on the ground. Receivers Stefon Diggs and Gabriel Davis are high-profile threats in an efficient offense that provides match-up challenges for this Jets defense. With that being said, the Bills are laying nearly two touchdowns against a competitive division opponent and are also just 1-4 ATS in their last five games on the road.

With that thought in mind, the Jets’ turnover issues are also concerning, especially in negative game scripts. When New York is able to run the football and control the clock, QB Zach Wilson has been pretty efficient with the emergence of WR Garrett Wilson and TE Tyler Conklin. However, when the Jets fall behind like we saw last week against New England, which forces Wilson into high passing outputs, he has turned the ball over at a high rate. I find that extremely concerning, considering how well Buffalo’s offense is playing, which will likely result in a negative game script for the Jets. If Wilson continues to turn the ball over, this game could get ugly.

I don’t have any confidence the Jets will play well enough on the offensive side of the football to keep this game within reach. For that reason and many match-up concerns, I think the Bills are the play despite a rather large spread!

Jay’s Pick: Take Buffalo -13. You can bet the Bills at +7 by inserting them into a massive 20 point NFL teaser found at Wagerweb Sportsbook!