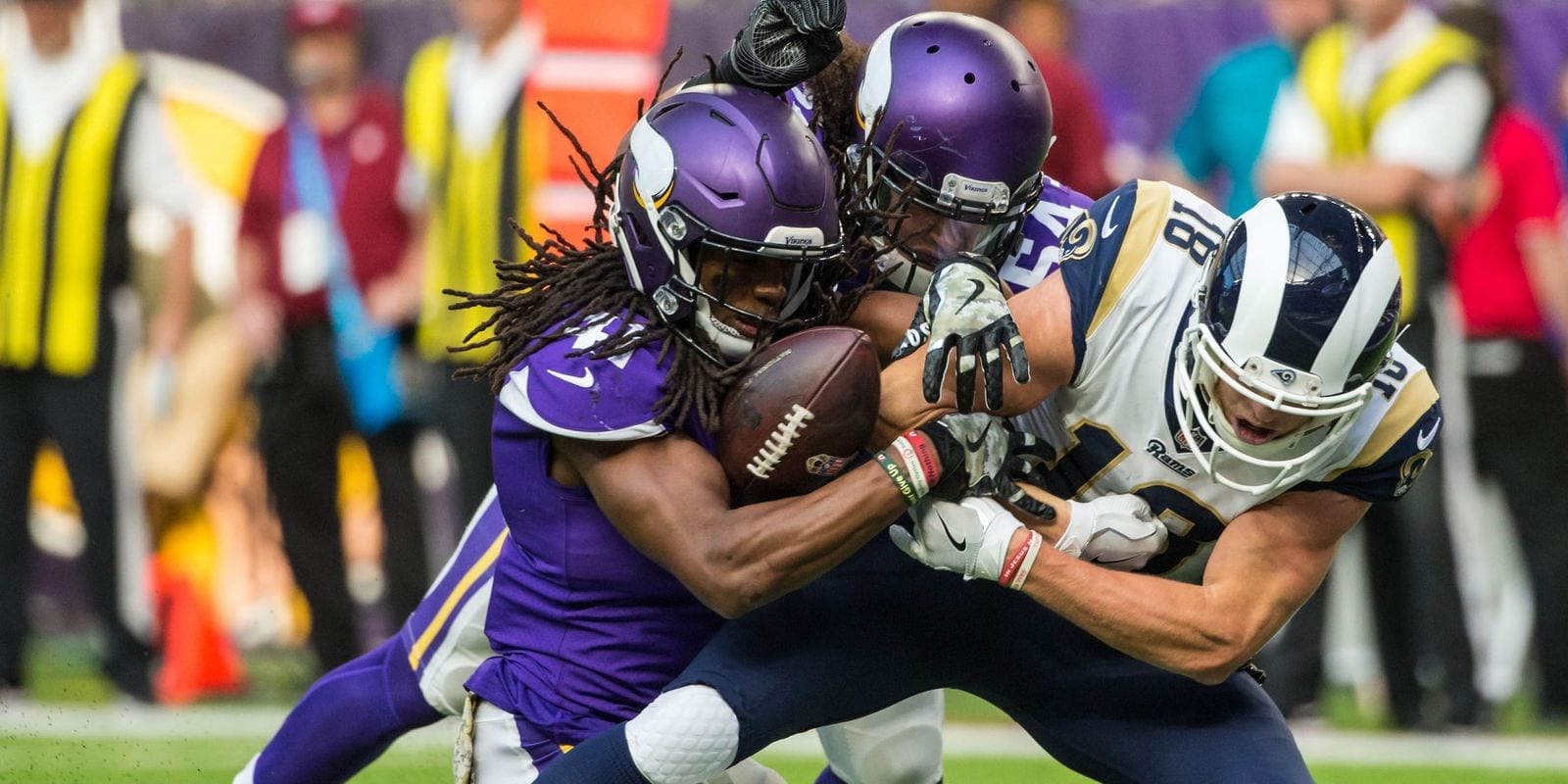 In NFC North action, the Minnesota Vikings come to Ford Field for a week 16 matchup with the Detroit Lions. For the Lions, at 5-9, they are reduced to the role of spoiler if they can rise to the occasion. Sunday was ugly, with a 14-13 loss to the Buffalo Bills. The week before that, they lost to the Cardinals. That paints an unflattering picture. At least they return home, but they face a desperate Vikings squad that is coming off a 41-17 hammering of the Dolphins to keep their playoff hopes alive. In a crowded NFC wild card picture, the margin for error is nil. I like the Vikes to cover the spread in this one.

How Much Does Part I Matter?

As division rivals, these teams have played before, with the Vikings taking a 24-9 home win on November 4. I’m not sure Detroit is in a better position now. In that game, they scored no touchdowns, with their scoring coming on three field goals. This was back when the Lions were running the ball well. With LeGarrette Blount having cooled down and Kerryon Johnson injured, they are missing that part of their game. Johnson could be back, though. The leading receiver from that game, Marvin Jones, is also now out of action. Vikings’ QB Kirk Cousins was efficient in he win, going 18-for-22. The Minnesota run-game got off with Dalvin Cook and Latavius Murray. We also saw that resonate last week for Minnesota in the big win over Miami.

Can Minnesota Get it Together?

After firing their offensive coordinator, Minnesota scored 41 points last week—a good first statement. It’s key for them to run the ball well and we saw that on Sunday, albeit against a leaky road-Miami defense. Cook and Murray are a nice 1-2 punch. Cousins hasn’t been great this season and even reliable WR Adam Thielen has disappeared in recent weeks. But the win over Miami was a good sign and they are now facing a team they already beat.

For Detroit, the other side of the ball is where the most concern lies. Granted, the Vikes have been dicey against the run in recent weeks. Miami RB Kalen Ballage had a huge game last week, with Seattle and New England also running well the weeks directly before that. But Detroit’s run game has gone down the tubes with Johnson missing time and Blount seemingly disinterested. On Sunday, we saw the Minnesota defense rain down with the pass-rush, while holding Miami quarterback Ryan Tannehill to 108 yards on 11-for-24 passing. Danielle Hunter and Anthony Barr each had two sacks, with Everson Griffen, Tom Johnson, Mackensie Walker, Sheldon Richardson, and Eric Kendricks each having one for a total of nine sacks. The weird part of that is they were even better the first time they played Detroit, registering a staggering ten sacks. That hardly bodes well for this week for the Lions.

Where Does Detroit Stand?

You don’t see a ton of underdog appeal with Detroit heading into week 16. They’ve lost 6 of their last 8 games, with wins coming against the struggling Panthers and Cardinals. Over the last 8 games, they’ve scored a total of 127 points. That’s almost 16 points a game. Matthew Stafford doesn’t have the weaponry with which to work. He’s without his top two receivers to start the season. Kenny Golladay is a nice rising receiver, but it’s been a subpar bunch for the most part. This is an offense that needs a lot of moving pieces to connect. With a young receiving crew that is unproven, a shabby line, and a run-game that’s fizzled, it’s been too much to overcome. Against a Minnesota defense that will be called upon to play a big hand in Minnesota’s late-season effort, Detroit will be up against it this week.

Even so, Detroit is at home and if they manage to escalate their form, this is usually where it happens. Their defense can sometimes make a lot of plays. And it’s not like the road Vikings offense is a unit that automatically fires up every week. Even in the first game against Detroit, with the Vikings defense scoring, the Minnesota offense only managed 17 points against this defense. And now the Lions are at home. In their last two games, the Lions have given up a total of 17 points. They have a better record than the Vikings against the spread, showing that they arrive some weeks with a lot of pep. If you remove a small handful of unflattering results from this season, they’ve been fairly competitive.

The Power of Urgency and Momentum

Urgency can sometimes provide a faulty roadmap. The most-urgent team doesn’t win every game and they certainly don’t cover every spread. In getting their butts kicked the previous two weeks against the Patriots and Seahawks on the road, urgency didn’t help. It sure seemed to surface against a more-manageable Dolphins bunch and I see similar occurring here against a Detroit team ill-equipped to combat the urgency the Vikings now have. And after a huge year last year, teams like the Pats and Seahawks are part of the problem, with the Vikes having had to play so many tough teams, with their other losses coming to the Bears, Saints, and Rams. Other than a bizarre early-season loss to the Bills, they have thrived in this realm.

Detroit has some spoiler-appeal in this game and they’ve been better as betting propositions this season than their 5-9 record would suggest. After seeing their offense struggle so badly the first time around against the Vikes, I’m not sure how big of a boost they will get by being at home. I think the gap between these two teams has widened over the course of the season. I see Minnesota’s defense having the last say in this one, as the Vikings get the cover and keep their postseason hopes alive.

Loot’s Pick to Cover the Point Spread: I’m betting on the Minnesota Vikings minus 5.5 points.