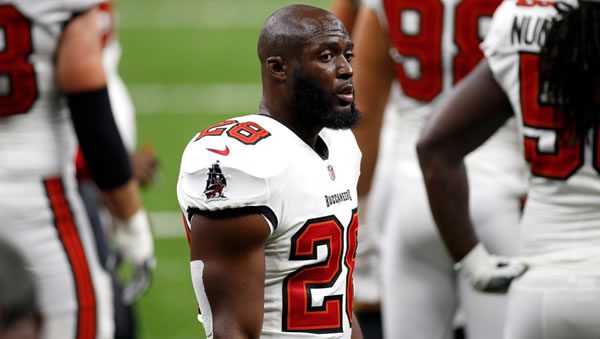 The Tampa Bay Buccaneers sealed the No.2 seed with a convincing 41-17 victory over the Carolina Panthers in last week’s regular-season finale. With the No. 2 seed, the Buccaneers will have the luxury of hosting at least two playoff games as they embark on the journey to defend their Super Bowl LV victory over Kansas City. Though the defending champs have been among the best teams in the NFL again this season, the Buccaneers have experienced critical losses in recent weeks on the offensive side of the football, which will make things tough moving forward. The Buccaneers first postseason test will take place on Sunday when they host the Philadelphia Eagles at Raymond James Stadium.

The Philadelphia Eagles were blown out by the Dallas Cowboys in a 51-26 outcome last week. However, the Eagles were resting the majority of their starters in a game that did not have any incentive. Before the season-ending loss to Dallas, the Eagles had previously racked up four straight victories against the likes of the Jets, Washington Football Team (2), and Giants. With the 9-8 SU record, the Eagles have exceeded expectations this season with the continued improvement on offense behind QB Jalen Hurts. With that being said, the Eagles are still perceived as the weakest link among the NFC playoff contenders and will be listed as sizable 8.5 point underdogs when they visit the Buccaneers on Sunday.

Betting on the Buccaneers defense

While QB Tom Brady received all the stardom in last year’s Super Bowl run, the strength of the Buccaneers defense was not given enough credit, especially during the 2nd half of the season. With the recent losses of receivers Chris Godwin, Antonio Brown and still somewhat uncertain status of RB Leonard Fournette (hamstring), the Buccaneers have been depleted of the home run threats at the skill positions. Granted, WR Mike Evans and TE Rob Gronkowski are worthy of handling volume to compensate for the losses; the Bucs will still have to put their faith back into the hands of the defense during the most critical stretch of the season.

Despite the concerns, Tampa Bay’s defense is equipped to handle the bulk of the burden. The Buccaneers own the 3rd best run defense in the league allowing just 94 yards per game on the ground. As many experts can attest, the ability to defend the run becomes critical during the postseason, especially in outdoor settings in the elements. While Tampa Bay will not have any weather concerns on Sunday, the defense will be tasked with slowing down one of the NFL’s better rushing quarterbacks and the NFL’s top rushing offense that is averaging a whopping 159 yards per game. Luckily, the match-up favors the strength of Tampa Bay’s defense.

More Picks: Get the Loot with Levinson’s Steelers at Chiefs Best Bet >>>

Expectations for Eagles in the playoffs

I’m not sure what the public perception is around this Philadelphia offense, but I have watched the NFC East as closely as any division throughout the year. Needless to say, I have not been overly impressed with the Eagles’ efficiency or potency on the offensive side of the football. QB Jalen Hurts is still a very average talent in the pocket. I have very similar reservations for the talent in the backfield with Miles Sanders and Jordan Howard.

The biggest compliment I would give Philadelphia is that WR DeVonta Smith is a true playmaker in the making. With those thoughts in mind, I am not confident in the Eagles’ offense against this tough Tampa Bay defense. Even in Philadelphia’s victories this season, which has mostly resulted from an easy schedule, the offense has struggled to move the football. Despite what Eagles’ fans may try to sell, Hurts remains a run-first product in an RPO scheme. I expect the Buccaneers defensive line will make things extremely difficult for that scheme.

In the passing game, Hurts was held to just 12 of 26 passing for 115 yards with a touchdown and an interception in the 28-22 loss to Tampa Bay back in Week 6. Hurts did score two touchdowns on the ground cashing in on ten carries for 44 yards, but that was also with the game seemingly out of reach. In that game, the Buccaneers had a fast two touchdowns start to the game, which really set a fast pace for the full 60 minutes. With Tampa Bay more limited than ever offensively, I expect a much slower and methodical pace from Brady this week. As a result, I believe Tampa Bay’s defense poses an excellent opportunity to exploit Philadelphia’s one-dimensional offense.

Jay’s Pick: Under 49. Hey! Did you know that you don’t have to lay -110 odds on games anymore? You only have to lay -105 at Betanysports! Making the switch will save you thousands of dollars!