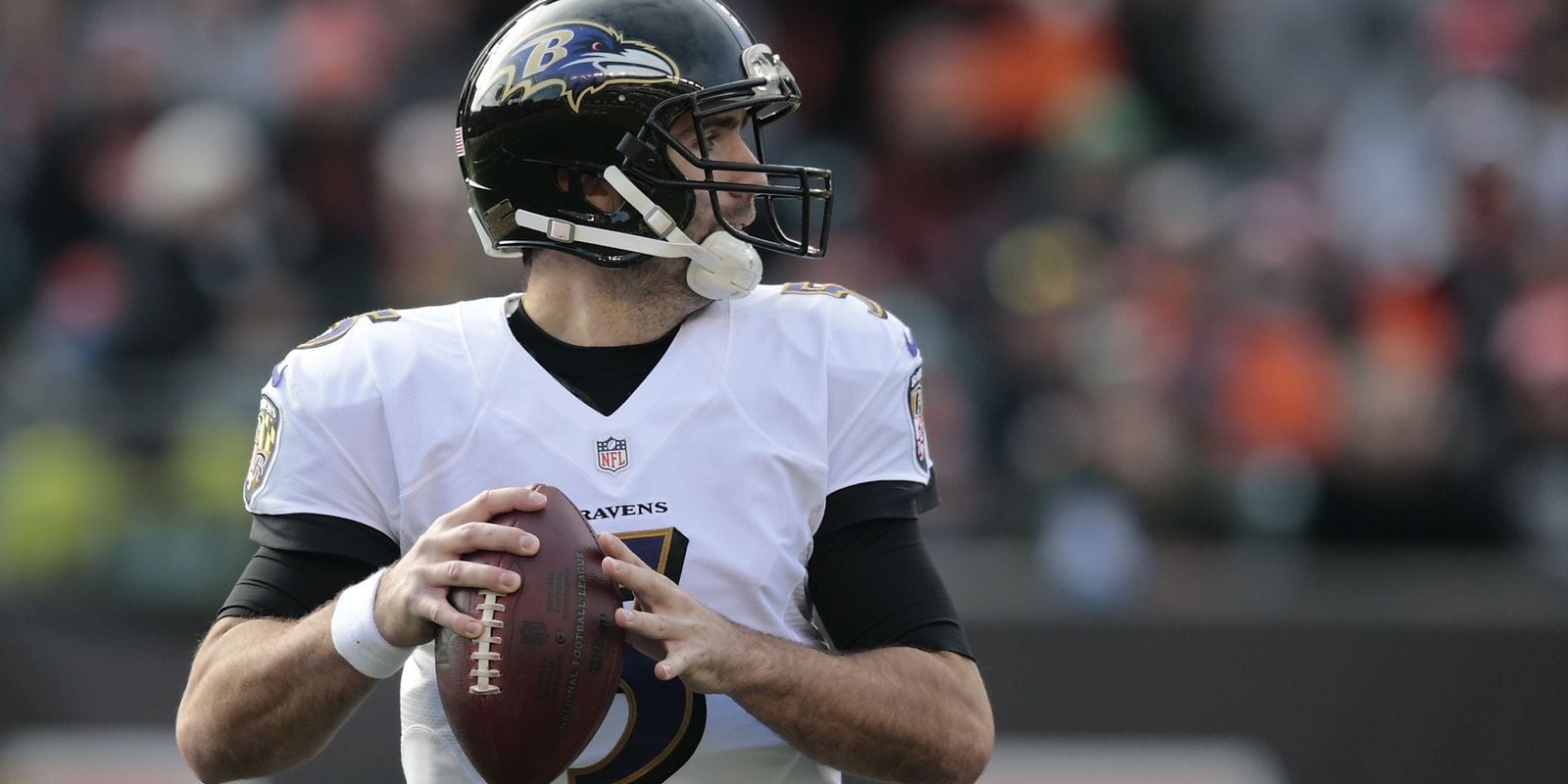 Baltimore and Buffalo kick off the 2018 season in Baltimore in a game that pits the 2 teams that were in contention for the final 2017 AFC playoff spot. The Ravens dropped their week 17 game against the Bengals that allowed the Bills to break their 17 year playoff drought and extended the Ravens to 3 consecutive years watching the playoffs. The Bills would lose 10-3 to the Jags in the wild card round of the post season to close the season out.

2018 ushers in changes for both of these franchises. Buffalo has moved on from quarterback Tyrod Taylor after 3 years as their starter and leading the team to a combined 24-24 regular season record.

Taylor is the ultimate NFL game manager, he threw only 4 interceptions last year but the Bills were 31st in passing yards and 27th in passing touchdowns. Josh Allen was selected with the 7th pick in the draft as the long-term solution and AJ McCarron and Nathan Peterman will compete with him to start week 1.

The Ravens finally are buying in to the belief shared by the majority of NFL followers that Joe Flacco was a one hit wonder and is no longer the same guy that led a super bowl run 6 years ago. Baltimore selected Lamar Jackson to be the Flacco’s heir apparent with the last pick in the first round of the draft. Jackson is in the Deshaun Watson mold with elite physical and leadership skills but uncertainty about his ability to develop into an NFL passer. Reports from Ravens camp indicate Flacco is having his best training camp in multiple years. Time will tell if Flacco can play a full season at a high level and hold off the rookie or if Flacco plays as the same guy we’ve seen over the past 2 years and Jackson takes over mid-year.

Who will we see behind center for the Bills? Does it matter? McCarron backed up the mediocre Andy Dalton and never threatened to take his job, Peterman is a second year player with one start last year that ended in 5 first half interceptions and Allen is a big arm rookie that struggled with accuracy last year at Wyoming. After 1 week of the pre-season, McCarron is the expected starter but the Bills’ leadership could decide to turn the keys over to Allen and give him on the job training. In any case, if we rank the 32 starting QBs, the Buffalo starter is number 32. The Bills receiving corps is led by Kelvin Benjamin, but there is not a lot of talent behind him. LeSean McCoy is the focal point of the Bills’ offense but has off-field issues that could keep him sidelined to start the season. Buffalo’s offensive line lost 3 of last year’s starters and will have a hard time opening holes for the running game or protecting whoever is throwing the ball.

Baltimore’s defense is the strength of their team. They were 6th in points allowed and 8th in yards per play against last year. The nucleus of the squad has returned and will match up well against the Bills. 37 year old Terrell Suggs is the heart and soul of the Ravens defense that recorded 41 sacks last year. Suggs and his teammates should be able to wreak havoc getting after whoever the Bills put behind center. I don’t see Buffalo having a lot of success when they have the ball.

Flacco will look to get off to fast start. His yards per attempt has decreased each of the last 4 years ending last year at 5.7, which was number 32 on the list of eligible QBs. The Ravens have improved their receiving crew going into 2018 adding John Brown and Michael Crabtree in addition to drafting TE Hayden Hurst in the first round. Alex Collins emerged as a reliable bell-cow back for the Ravens averaging 4.6 yards per carry. The Ravens will bring a balanced attack to week 1. Offensive coordinator Marty Mornhinweg has been designing plays that include both Flacco and Jackson on the field and it is possible Jackson will be the QB for a limited number of plays. The Ravens offense will be much more difficult for defenses to prepare for and the Bills will have to be on their toes.

Buffalo’s defense finished ’17 as an average unit, 18th in points allowed 17th in yards per play against. Star Lotulelei and Trent Murphy were added to the D-line and should improve both the run defense and the pass rush. The team managed only 27 sacks last year and must improve that number over the course of the year but it will be difficult in week 1 against a stout Raven O-line. Buffalo’s D should not get run over in this contest but the Ravens should have success moving the ball and putting points on the board.

I like the Ravens to win the game and cover the number in this one. This line opened as low as Baltimore -3½, at Bookmaker.eu so it has moved considerably since being posted. The more the market looks at the Bills, the less there is to like. If McCoy doesn’t play, it’s hard to see Buffalo sustaining offense against the Ravens and it’s easy to see the Bills only being able to put up 10 or less points. Baltimore pitched 3 shutouts last year when opposing bad offenses and a shutout could be in the cards on opening day. They are very well coached and will go for the jugular when they have the chance. Offensively the Ravens aren’t going to set any scoring records in 2018, but they should be able to get in the 20s versus this Bills defense.

Play the Ravens -6 ½ against the Bills in week 1. I would expect this line continues to move in the Ravens favor so this should be played sooner rather than later. If McCoy is ruled out or the Buffalo QBs stink it up in the pre-season the line could hit or maybe even cross 7. I also like the total staying under the 41 total. Playing this game with a low rollover bonus will increase your payout odds substantially.