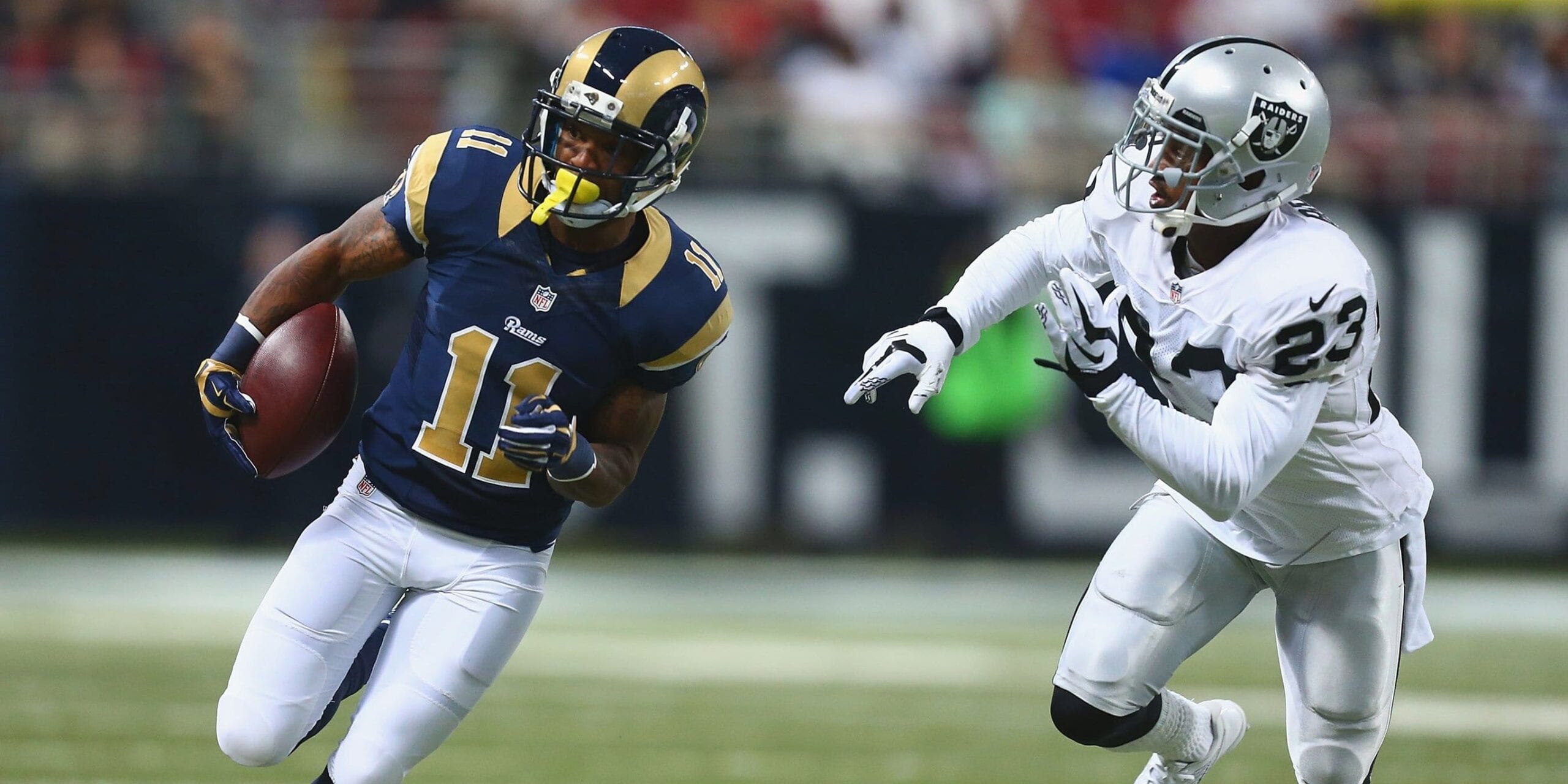 The finale for the NFL’s week 1 action will take place at the Oakland Coliseum with the Raiders hosting the L.A. Rams. Jon Gruden takes over as Raiders coach after 10 years in the ESPN booth and will attempt to return the Raiders to their glory days as they prepare to move to Las Vegas. Oakland was expected to join the NFL elite last year after 12 wins in 2016. They stood at 6-6 before losing their last 4 games for their fifth losing season in the last 6 years.

The Rams’ 2017 season was just the opposite. They won 11 games and finished first in the NFC West before falling to the Falcons (2018 season win total set at 9) in the wild card round of the playoffs. First year coach Sean McVay blended a group of talented skill players with Jared Goff and formed an offense that is the new prototype other teams are copying. The Rams have gone all in this year and have hopes to hoist the Lombardi Trophy in February.

Can Gruden Get The Raiders Going?

Gruden inherits an offense that was 23rd in points scored and 13th in yards per play and has vowed to take the game back to 1998. The entire offense was ugly last year. QB Derek Carr regressed last year after a stellar 2016 but he battled injuries much of the year and his receivers struggled to catch the ball. Jordy Nelson and Martavis Bryant join Amari Cooper to catch Carr’s passes in 2018. Marshawn Lynch will return to lead the backfield after averaging 4.3 yards per carry for the Silver and Black. Gruden will look to work some magic with Carr and the offense and transport them into 2018 rather than back to 1998. Gruden’s offenses during his 7-year tenure in Tampa Bay were never in the top half of the league and now he has mediocre talent. They get a tough Ram defense to test them in the opener.

The offense better be good, because the defense will not be. Last year the Silver and Black defense was 20th in the league in points allowed but 26th in yards per play. More troubling was the pass defense only recorded 31 sacks despite having Khalil Mack on the roster and only intercepted opposing QBs 5 times on the season. Last year’s first round pick cornerback Gareon Conley played only 2 games due to injury so he is looking to contribute in ’18 but is already battling injury issues in training camp. It’s hard to see how this defense is going to slow down the Rams and to make matters worse Mack is holding out. As we enter August, Mack is not signed and the 2 sides are not close to inking a deal. Of course, at some point Mack will play, but it not be surprising to see this drag to the edge of the season and Mack sit out week 1.

Can Anyone Stop McVay?

McVay stepped in last year and the Rams went from dead last in offense in multiple categories in ’16 to leading the league in points scored in ’17. 2016 first overall pick Jared Goff rebounded from a dismal rookie season to throw for just under 4000 yards and 28 TDs last year. Todd Gurley contributed over 2000 scrimmage yards and was probably the most valuable non-quarterback player last year. McVay kept defenses off balance and continuously got the ball to his playmakers in space. Brandin Cooks was added to the receiving crew in the off-season and will give the Raiders one more Ram they probably will not be able to guard. Last year the Rams scored 46 in week 1 against a Colts bad defense and it is very likely they will start out hot again.

Wade Phillips will again coach the Ram defense that has added Ndamukong Suh, Aqib Talib and Marcus Peters. They join arguably the best defensive player in the league in Aaron Donald. Donald is also holding out and has watched multiple Rams get paid while he continues to wait. Donald was late to training camp last year and missed week 1 which is a real possibility again this year. The Rams defense was middle of the pack last year but struggled against the run which Suh should improve this year. The Rams defense will have some growing pains with the new faces but should be able to hold their own with this Raider offense.

A Bad Start For Chucky

I expect McVay to give Chucky a rude welcome to the 2018 NFL season and the Rams to cover the 3 point spread. Gruden’s Raiders are overmatched especially when the Rams have the ball. Goff will have all the time he needs to pick apart the Raiders D and Gurley should have a field day both on the ground and through the air. The Rams scored over 30 points in 9 games last year and had no hesitation to keep their foot on the gas when things were going well. The Rams were 3-1 ATS last year against the spread against AFC teams while Oakland was 1-2-1 ATS against the NFC. The Raiders offense will try to keep up but don’t have the weapons.