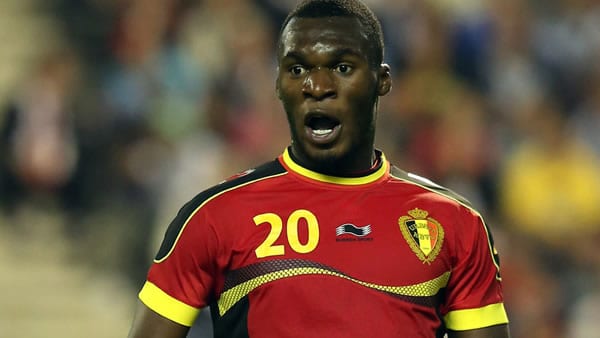 These two didn’t get off to the greatest start in their march toward the 2022 World Cup, as both fell behind by a goal in their first qualifying matches. From there, however, both sides steeled themselves and took control of their respective contests, and now they’ve got a chance to put an early chokehold on this group. Doing so wouldn’t be much of a surprise for Belgium, as the Red Devils are currently ranked first globally and are expected to have little to no trouble in qualifying for their third consecutive World Cup. The bigger concern for Belgium is how long its golden generation can hold out, as this run to 2022 is probably the last shot for this group to bring Belgium its first world championship. The Czech Republic would simply like to get back onto the world stage, as they haven’t qualified for the World Cup since 2006. Since then, they’ve been consistently mediocre in European qualifying, finishing in third in their qualifying group for three consecutive cycles. This team’s off to a good start in their group, but beating a hapless Estonian side that hasn’t won a competitive match since 2018 isn’t going to impress anybody. If the Lokomotiva are going to make any kind of run in their qualifying group, they’ve got to get something out of this match with Belgium.

There’s a reason that this team is so feared. Actually, there are many reasons, but they start with talisman Kevin de Bruyne (Manchester City), whom Premier League fans are well familiar with. When Belgium fell behind against Wales, de Bruyne needed all of 12 minutes to find an inch of space and blast home the equalizer, turning the match around and putting Belgium in firm control. What makes Belgium frightening is its ability to simply plug in another option whenever the Red Devils lose a piece. Team captain Eden Hazard won’t be in the lineup against Czech Republic because of injury, but he didn’t play against Wales, and Belgium didn’t even seem to miss him. With Romelu Lukaku (Internazionale), Dries Mertens (Napoli), and Christian Benteke (Crystal Palace) available for selection, this attack only needs the slightest bit of daylight to strike at any point in the match. However, for all of its offensive prowess, Belgium has proven itself prone to the occasional defensive lapse. The Red Devils have won nine of their past 11 matches and haven’t lost to anyone but England since 2018, but in nine of those 11 matches, both teams found the net. The lapses showed up yet again against Wales, which only needed 10 minutes to draw first blood.

Going on the road and winning a match was a step in the right direction for the Czechs, who could have made it to the second round of qualifying last time if they hadn’t left points on the table by losing at Northern Ireland and taking a draw at Norway. But that said, it’s Estonia, which won’t be a factor in this group by a long shot. The Czechs’ World Cup fate will be determined almost entirely by how well they do against Belgium and Wales, not against Estonia and Belarus. That makes this match critical because the Lokomotiva have been poor away from home but very difficult to defeat on home soil. In qualification for the 2020(1) European championships, the Czechs won all four of their home matches, including a 2-1 win over England. Their main threat comes from Tomas Soucek (West Ham United), who stepped up for three goals against Estonia that basically had the match locked up by halftime. But on home soil, it’s Patrik Schick who’s been doing most of the damage, as he scored three goals for his side during Euro qualification. A key thing to know about the Czechs: this team tends to play tight matches and isn’t fond of draws. The Czechs haven’t tied a match since a draw with Norway in June of 2017, a 35-match streak of each match having a winner or loser. The margin also tends to be as narrow as it gets: 10 of the Lokomotiva’s past 13 games were decided by exactly one goal.

The safe play is to back a Belgium win and over 2.5 goals, as it’s pretty likely that these teams have the firepower to find the net a few times after a combined 12 goals in their respective opening matches. At +145, that’s a pretty solid return for playing it safe. But I think we can do better, and I’m going to back Belgium to win and both teams to score at +230. The Czechs have been tough to handle on their turf, and one thing they haven’t done in a long time is get shut out on home soil. The last time it happened was in a 0-0 draw with Azerbaijan in October 2016, a 16-match string with at least one Czech goal scored at home. Throw in that Belgium is prone to the head-scratching breakdown, and the conditions are right for the Czechs to snag a consolation marker.

As good as the Czechs have been at home in the past few years, Belgium is on another level entirely. The Red Devils aren’t ranked No. 1 for nothing, and the Czechs’ complacency against Estonia is a real worry. I expect the Czechs to play a bit more conservatively in this contest, but I don’t think it’s going to be enough in this matchup. The Czechs have lost to their group winner 2-1 at home in two of the past three campaigns, and I think this will be three out of four. I’ll take Belgium to win this one 2-1 at +750.