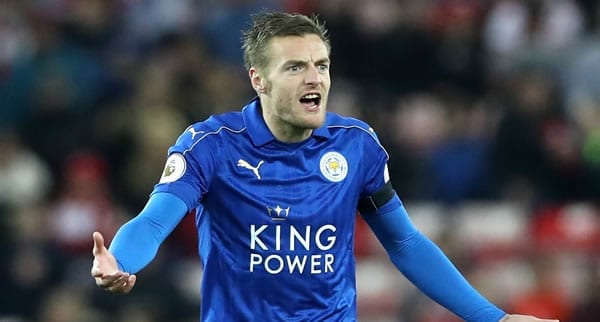 Leicester sits in third but has struggled to get results as of late, failing to win in four of their past five matches. Brighton could be the opposition the Foxes need, as Leicester has won four of their past five over the Seagulls. But Brighton comes into this match in solid form, having earned a draw in three consecutive road matches. Could this be the time where they finally break through and get a win over a Leicester side that’s struggling to regain the form it showed earlier this year?

After ten straight matches without a victory, the Seagulls absolutely had to get a win, and that’s precisely what they did against Arsenal. Now, can they replicate that performance away from home? Brighton has played much better on the road in recent matches, drawing their past three away from home, but wins have been few and far between, as the Seagulls have just two away wins on the season.

To break that skid, Brighton’s going to have to get some offense from someone other than Neil Maupay. Maupay has scored in two of Brighton’s past four matches, and other than a Lewis Dunk goal against Arsenal, he’s the only Seagull to put the ball in the net over the previous five games. The saving grace for Brighton has been its defense, which has held each of its past five opponents to a goal or less.

If Leicester could put a shot on target against Watford, the Foxes probably would have gotten more out of the match than a 1-1 draw. Besides the one goal, Leicester had 14 other attempts at the Watford net, but only one even forced the Hornets’ keeper to make a save.

That’s just been life for Leicester since the calendar turned to February, as the Foxes have seen their once-reliable offense disappear over the past several matches. Outside of a matchup with Aston Villa and its league-worst defense, Leicester has managed just one goal since Feb. 1.

The main reason for the Foxes’ struggles has been the disappearance of Jamie Vardy. Vardy leads the Premier League with 19 goals, but he’s failed to score in eight of Leicester’s past nine matches. Without Vardy scoring, Leicester doesn’t really have a lot of options, so if he doesn’t solve his issues soon, Leicester could easily lose its hold on a Champions League spot.

If Vardy was scoring the way he was in 2019, this would be an easy spot to pick the Foxes. Not only has Brighton failed to win a road match in 2020, but Leicester has won four of five against Brighton and has scored two goals in all four of its road wins. I still think Leicester has too much for Brighton, and because of both sides’ respective offensive issues, I believe that taking Leicester to win and under 2.5 goals at +290 is an excellent way to play this match. It’s dangerous to pick a low score with Leicester given what Vardy is capable of, but I don’t see the Foxes solving their offensive issues in this match. Brighton’s defense is solid, and they’ve not allowed more than two to Leicester in any of their past five meetings

STOP THE INSANITY! DUMP YOUR OVERPRICED BOOKMAKER AND START BETTING AT DISCOUNTED ODDS TODAY! YOU’LL BE SO GLAD YOU DID! …..5DIMES SPORTSBOOK.

A scorer of Vardy’s capabilities tends to produce in moments like these, and given his history against the Seagulls, I think this is where he gets back on track and puts home his 20th of the season. Given that I expect Vardy to find the net, I’m going to back Leicester to win 2-0 at +700.