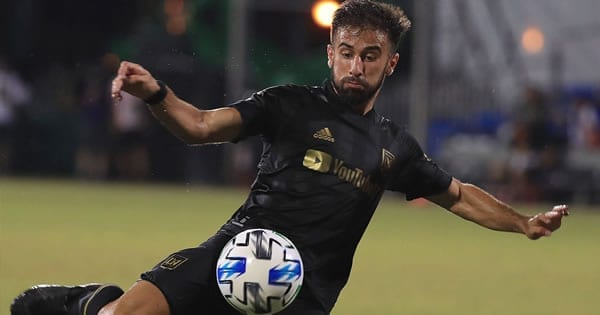 One of these teams is going to win Group F, with the other going through as the second-place team unless Houston puts up a ridiculous number in its final group game. LAFC announced loud and clear that it can still play at the highest levels without Carlos Vela, as it undressed the Galaxy behind four goals from Diego Rossi in its second group match.

But Portland is a stronger side than the Galaxy and has every motivation to simply control the match and avoid defeat. A draw will allow the Timbers to top the group and win what could be an easy Round of 16 matchup with either the New York Red Bulls or FC Cincinnati. By contrast, LAFC has absolutely nothing to lose, as it put up such a huge win over the Galaxy that it likely has no worse than second place in the group locked away no matter what it does against Portland. Will the Black and Gold play along with an attempt by the Timbers to slow the match down, or will they go hard after first place in Group F?

Bob Bradley’s men answered a lot of questions about themselves by turning the match around in the second half against the Galaxy, overcoming a 2-1 deficit to score four goals in the second half, and embarrass their arch-rival. But questions still persist with the LAFC defense, which has allowed five goals in the tournament, a number that’s only ahead of Vancouver and the Galaxy. Truth be told, the defense has always been a significant question mark for LAFC, and it cost them last season when they met an opponent they couldn’t just outscore in Seattle.

Dating back to last season, LAFC has seen both teams score in 11 of its previous 12 matches, with the only shutout being a 1-0 win over expansion Miami in the season opener. Otherwise, goals have come ridiculously easy for both LAFC and its opponents, as seven of the last nine matches have seen four goals or more fly into the net. With Rossi finding his scoring touch in the previous game, LAFC again promises to be all offense, little defense.

The Timbers have had a bit of a success allergy, as they’ve taken a two-goal lead in each of their first two group stage matches, only to give up a late goal and see things become a lot more nervous than they needed to be. But the important thing is that Portland has two wins to its name, meaning the Timbers are guaranteed no lower than second place in Group F. But given that the runner-up in Group F might land a Round of 16 matchup with defending MLS champion Seattle, the Timbers will have plenty of motivation to get the draw that they need in order to top the group and create a much easier path in the knockout stage.

The question for Giovanni Savarese’s men is how aggressive do they want to play this? Portland has played a pair of open matches against LAFC last season and got blitzed, losing 4-1 in Los Angeles and 3-2 in Portland. But when the teams played a tight game in the U.S. Open Cup, the goal came in the 84th minute, and Portland emerged as the 1-0 winner. The Timbers have the defense needed to slow down LAFC if they choose to play conservatively, but they’ll have to commit to defending from the opening minute. If they try to play LAFC’s game, they’re looking at a rough night.

So much of this depends on how Portland approaches this match. Given that the Timbers are the oldest team in this tournament, I think that they’re going to try to slack off and play for a draw, and that means it’s going to be wise to expect a lower-scoring match. Because of that, I’m going play the under here, and I’m going to gamble on LAFC getting the win here. I think Portland playing its third match in such a tight window will catch up with the Timbers here, giving an edge to the younger LAFC. At +195, I think there’s plenty of value in taking LAFC to win under 3.5 goals.

In the past five meetings, Portland has managed to shut out LAFC twice, and when that occurred, the one goal the Timbers scored came in the final six minutes of the match. Because of that, I’d gamble on a scoreless first half at +250. The Timbers should have enough legs to get them through the first 45 minutes, which suggests that they can keep the match scoreless until the second half. In my view, it’s a good gamble.

I can’t see the LAFC defense holding Portland scoreless for 90 minutes, but I also think they’ve got enough to win this match and top the group. That makes a correct score even more tricky than usual because if the first LAFC goal comes early, Portland will have to chase the game, which could open the Timbers up for LAFC to exploit. If it comes late, however, it’s going to be a lower-scoring contest by LAFC standards.