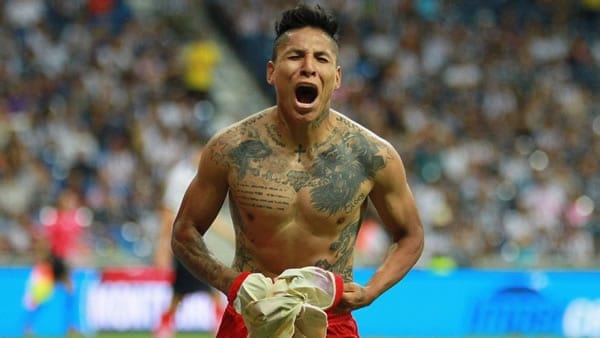 LAFC beat Seattle 3-1 on October 11 at Banc of California Stadium in Los Angeles.

One year later, we’ve got a rematch of last year’s Western Conference finals, with Seattle playing the host and LAFC looking for a measure of revenge after the Sounders stole their crown as MLS’ best team. Last season, LAFC was so dominant that Seattle was seen as little more than a speed bump in the Western Conference finals, with the Sounders such an afterthought that Vegas offered +600 odds on the chance that Seattle would actually win the game.

But that’s exactly what the Sounders did, as Seattle dominated the contest and claimed a 3-1 win on the way to its second MLS title in four seasons. Now the Sounders are the host team, and in 2020, that’s been a disastrous situation for LAFC. The Black and Gold have made the trip to the northern part of Interstate 5 twice this year, and both times, they’ve left beaten. In fact, it hasn’t been close, as Seattle has outscored LAFC 6-1 at the recently-renamed Lumen Field. If that wasn’t bad enough for LAFC, leading scorer Diego Rossi will be out of action for this game, as he picked up COVID-19 while competing in Uruguay during the international break. With the Sounders at full strength, can LAFC play the role that Seattle played last season and knock the Sounders out of the postseason?

No team has been more thrown out of whack this season than LAFC, which has watched its two star players take turns sitting on the bench because of injuries and illness. Carlos Vela and Diego Rossi dominated MLS last season, but this year, they’ve seldom been on the same field. With Rossi and two other starters down thanks to their illness in South America, LAFC goes into this match with a foot tied behind its collective back.

That’s a major worry for this side because LAFC is facing something it has never encountered in its brief history: a road playoff game. The Black and Gold were the top seed last season and got to play every game at home, and their first year saw them host and lose their one and only playoff contest. The one plus for LAFC is that there are no fans in the stands, and they won’t have to deal with a hostile Seattle crowd, but the Sounders didn’t have the Emerald City Supporters in the stands in two other meetings, and LAFC still couldn’t handle them. In order to get a win, LAFC has to be disciplined and avoid giving up an early goal, neither of which the Black and Gold achieved on their past two trips to Washington.

If LAFC doesn’t have Raul Ruidiaz marked from the opening whistle, Bob Bradley should be fired for coaching malpractice. Ruidiaz has been the most feared name in MLS during the playoffs because of how prolific he’s been in postseason play since joining the Sounders in 2018. In six career playoff games, Ruidiaz has an incredible seven goals, plus another four assists. Put simply, he’s dangerous and can change the match at any point.

That’s something LAFC knows all too well, because Ruidiaz victimized them for two goals in last year’s Western finals. In the regular season, the teams played three times, and Ruidiaz scored twice. The best way to explain No. 9’s importance: Over the past two years, Seattle is 3-0-0 against LAFC with Ruidiaz on the pitch and 0-2-1 without him.

Of course, Seattle is far from a one-man show, as Jordan Morris firmly established himself as Seattle’s No. 2 option this year with his second consecutive 10-goal season. The Sounders ranked third in the league in goals scored this season and were one of just two teams (the other was Philadelphia) who had a goal differential of better than 20. The Sounders’ goal difference has been especially strong at home, even without their crowd. Seattle has scored 30 goals at home in 2020 while giving up just 10, and that’s bad news for an LAFC side that’s already struggled enough away from home. For the year, the Black and Gold have a 1-6-1 record outside of Banc of California Stadium.

There’s a reason the over/under is set at 3.5 goals: these teams know how to score and score a lot. This is the fifth meeting of the year between these teams, and all but one has featured four goals or more, with the winning team getting at least three goals in each match.

As such, the best way to play this game is probably to back Seattle and take the over. You’ll get +180 for this play if you go over 2.5, with the payout jumping to +320 if you’re brave enough to back over 3.5. Given that both teams have scored in four of the past five meetings, you might also want to go for a Sounders win and both teams scoring at +220. Any is a wise and valuable play.

Backing Ruidiaz to score any time in the match is also a valuable play. He’s averaging better than a goal a game in the playoffs, and LAFC is as weak as it gets on defense. The fact that you’re getting +120 on Ruidiaz to score says you should jump on it before the line has a chance to adjust, as it really should be even money or better.

With two failures on two trips to Seattle this season and four players down, it’s going to take a lot for LAFC to overcome its hurdles and earn a win over the Sounders in this situation. Seattle is at full strength, and the Sounders have often been at their best in the postseason. I don’t think that changes here; I’ll back Seattle to win by 3-1 at +1400. Bet the game LIVE in-game after it’s already started at one of the web’s best sportsbooks, where you’ll also receive a generous 50% real cash bonus up to $250 as well as FAST no-hassle payouts —> Bovada Sportsbook