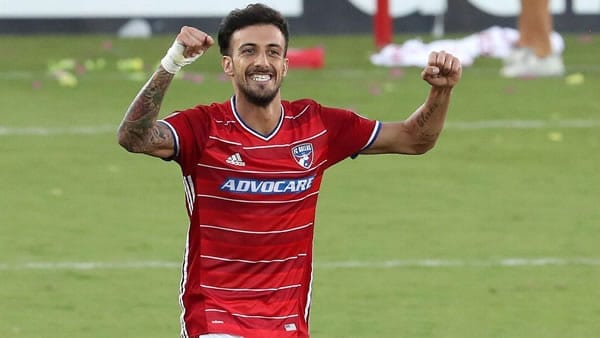 Montreal drew 2-2 with Dallas on March 7; New England drew 1-1 with Chicago on March 7;

This has traditionally been one of the evenest matches in MLS, as Montreal owns a narrow 10-9-3 edge over New England, including the win over the Revolution to start the season. But the Revs were nowhere close to full strength in that match, making that a deceptive scoreline. New England showed a wealth of improvement last year in its first campaign under decorated coach Bruce Arena. The Revolution has used the time off to get themselves healthy, making this the perfect opportunity to get revenge for the season opener.

On the other side of the coin, Montreal couldn’t have gotten off to a much better start under new manager Thierry Henry, who is adjusting much better to MLS than he did to AS Monaco of the French Ligue 1. The Impact are a proven side in tournament competition, as they’ve reached the quarterfinals of this year’s CONCACAF Champions League, and they’re one of only three teams from MLS that has ever made it to the finals of CONCACAF’s most prestigious tournament.

You can honestly look at Impact’s start in one of two ways: they were either a little unlucky to take just four points in their first two matches, given that they couldn’t hold a 2-0 lead against Dallas, or they were a bit lucky to get four points, given that they only took three shots against Dallas and two went in. Max Urruti is the biggest reason for Montreal’s torrid start, as the Argentine scored three of Impact’s first four goals, including the winner against New England.

But the big question with Urruti is whether this return to form is for real. Urruti has been a scorer before, putting home 12 for Dallas in 2017 and 10 for Portland in 2014. But he slumped to just four last season in Montreal, and it’s fair to wonder whether this is a sign of long-term success or just a flash in the pan.

The other big question is the Montreal defense, which was just awful last season. Impact allowed 60 goals, second-worst in the Eastern Conference, and ahead of only expansion side FC Cincinnati. The defense let Impact down again in the Dallas match, as Montreal couldn’t hold the lead. New England’s strikers will present a real challenge for this side.

The Revolution has gotten healthy, and now New England should be ready to unleash a fearsome attack on the rest of the Eastern Conference. The Revs got into the playoffs last season because the offense took off, as New England pumped in 17 goals in their final ten matches, getting two wins and six ties to earn the final spot. Carles Gil is healthy now, and together with Gustavo Bou, New England’s attack should be tough to stop.

Much like Montreal, the Revolution’s problem is defense. Down the stretch, when New England was making its move toward the playoffs, the Revolution allowed 15 goals in the final ten matches, which was why six of those matches became draws instead of wins. Those results were good enough to get New England into the playoffs, but they also underscore a hard truth with this club. Other than a win at Cincinnati, which hardly counts because the Orange and Blue were so wretched last year, New England hasn’t won a match anywhere but Gillette Stadium since July 4, 2019. Even if you count the Cincinnati win, the Revs still haven’t won anywhere but home since July 21.

These are not quality defensive sides, so neither one is going to feel like it’s out of it after giving up a goal. Plus, both of these teams badly need to take something out of this match. Group C means Toronto, and neither of these teams can afford to take a loss here as well as to the Reds if they want to have any chance of making it to the knockout stages. Because of that, I expect a wide-open match that features several goals, and I’m going to take a draw with both teams to score at +325. New England really deserved more from its trip to Quebec in February, and now that the Revs are healthy, I think they’ll get more.

If you just want to go for the goal total, I think you’ve got a good chance at hitting with an over of 3.5 goals, which will pay at +150. The last three meetings have gone under that, but New England is a much different team than it was in any of those matchups. In two of them, the Revs didn’t have Bruce Arena, and in the third, they were down multiple starters. This time, I think New England can score with Montreal.

This should be an exciting match that both teams press for, and that usually means a draw with multiple goals is in the offing. It’s tempting to pick a healthy New England side to finally get the better of Montreal, but I don’t trust the Revolution’s defense at all, and that means that I’m going to gamble on the draw.

With how wide open I expect this match to be, the +1150 payout on a 2-2 draw that puts both teams where they want to be is too good to pass up. Note: Did you know that you could be wagering at a betting shop that offers reduced odds? This means you save money every single time you bet. Discounted odds trumps any bonus you can get! Please consider checking out our 5Dimes Sportsbook Review. Betting there will save you TONS of loot!