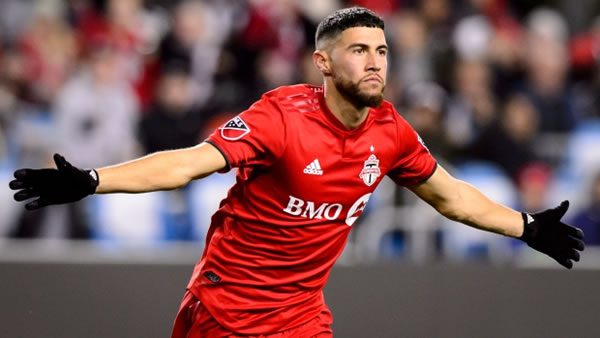 If you did a bit of a double-take on that line, it’s understandable given the teams’ records in 2021. Nashville is clearly building something like one of the Eastern Conference’s teams of the future, while Toronto is trying to hold on to its past. So far, Nashville appears to be the much stronger side, but they’ve yet to prove that they can do anything away from their home pitch.
Toronto, on the other hand, appears to be trying to follow the blueprint that Seattle created five years ago by firing its coach and making a run with an interim leader. The Reds might be older now, but they’ve still got enough left in the tank to make one final run. Doing that requires some positive momentum, and getting a home win would be a big start in the right direction.

The biggest question for the Blue and Gold is whether their success is real or if they’ve simply been scheduled into a playoff position. Thanks to Tennessee State football opting to play all of their home games at Nissan Stadium and the Titans having a lock on the field during the NFL season, Nashville has played a staggering 11 of its 15 matches to date at home in order to avoid conflicts during the fall. Now the schedule takes NSC on the road, and in 2021, Nashville doesn’t yet have a win outside the Volunteer State.
However, Nashville has proven to be masters of the draw throughout their brief foray into MLS, and they’ve picked up three of them during their travels this season, with their only mistake coming in a 2-0 loss to New York Red Bulls on June 18. Beyond that, Nashville’s proven itself to be the model of consistent inconsistency. To date, Nashville has won six matches in 2021. And, they’ve followed all five of their previous wins with a draw in their next game.

Rock bottom came for the Reds on July 3 in Washington, as they lost 7-1 to D.C. United and found themselves without a coach the next day. Chris Armas paid with his job, and Toronto has since turned to Javier Perez as the caretaker man in charge. But since then, Perez has made an excellent case to take the job permanently, as the Reds have yet to lose under his leadership, going 2-0-2 since the change in coaches.
What would really help Toronto is if the Reds could make BMO Field the fortress it was before the pandemic took hold. The Reds finally returned to Canada after the D.C. disaster, but they don’t yet have a win on Canadian soil, as they’ve drawn with both Orlando City and New York Red Bulls at home. The defense also has to be better: Toronto hasn’t recorded a shutout since May 12 against Columbus, a streak that’s now reached 11 matches and seen a total of 24 goals.

Toronto’s lousy defense has me looking hard at a draw and both teams to score at +320. Nashville has never lost to Toronto in the teams’ brief history, and NSC’s history of draws suggests that a sharing of the points is a likely outcome. The one thing that gives me pause here is that Nashville has played out two scoreless draws on the road, so if you’re a little skittish on that, I think you’ll be just fine taking the draw at +240. But given that Toronto hasn’t kept a clean sheet in 11 matches, I’m comfortable playing for the score draw at the higher payout.
Assuming the goals do come, I like the idea of taking the second half to have more goals at +105. When the teams met earlier in Nashville, four of the five goals came in the second half. In Toronto’s past three matches, they’ve seen seven goals fly into the net, and six came in the final 45 minutes.

Toronto has played out two score draws in two home matches, and with Nashville being the masters of the draw this season, there’s a good chance of a third happening here. Given that both of those matches finished at 1-1, I’ll take the same thing to happen again here. I’ll play for a 1-1 draw at +600. Bet your soccer picks for FREE this week by scoring a 100% real cash bonus on your first deposit of $100 to $300 at MyBookie! (Must use bonus code PREDICT100).