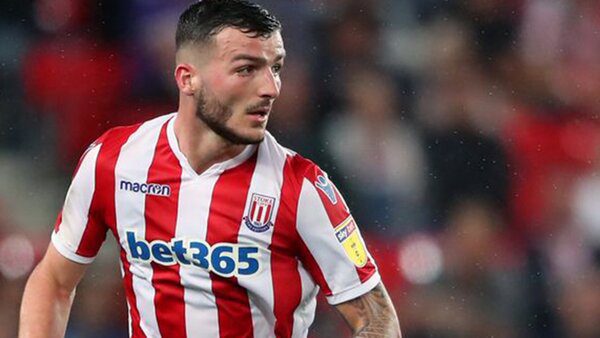 New York City handled the Red Bulls 5-2 on Nov. 1 at Yankee Stadium in the Bronx.

New York City finds itself in the last place it wanted to be as it tries to chase down the Eastern leaders, as the Pigeons have rarely done well when they’ve gone across the river. In 10 matches against the Red Bulls in New Jersey, City is just 1-8-1 and hasn’t taken so much as a point off the Red Bulls in Harrison since 2017. In fact, the home team has been dominant on both sides of the Hudson River Derby, as neither City nor the Red Bulls have a win in the other team’s building since 2017, and the last draw in the series came in 2018 at Yankee Stadium.

That’s sweet music to the Red Bulls, who need to get points and need to keep defending their fortress at Red Bull Arena. Since May, only New England has managed to come out of New Jersey with a win, and the Revolution are playing on a different level from everyone else. With a game in hand on their closest rivals, a win here could get the Red Bulls to within two points of the cutline for the final Eastern Conference playoff spot.

Fixture congestion didn’t end up biting NYCFC at first, but it came back to haunt them in a big way when the fourth match in the span of two weeks left the Pigeons on the wrong end of a 1-0 scoreline at Philadelphia, ending a six-match unbeaten string. However, the winning streak was a little less impressive than it sounds, as NYCFC did most of their winning in the Bronx, where they’re 7-2-1 on the season.

If you’ve done the math on that, you know that means that NYCFC is just 2-4-3 away from home, and sure enough, both road matches in that stretch ended up as draws, as the Pigeons drew with non-playoff sides Toronto and Chicago. While a draw on the road is hardly the worst thing in the world, those points given away are exactly why NYCFC will likely have to be content with the No. 2 seed out of the East instead of putting any real pressure on New England for first. City is actually closer to being out of the playoffs entirely than it is to catching the Revolution, and it’s mainly because City lacks the ability to close things out on the road. Usually, City likes to rely on Valentin Castellanos and Jesus Medina to bury opponents early, but against Toronto, the Pigeons squandered a 2-0 lead in a matter of seven minutes, turning a sure three points into a disappointing one. Question: Did you know that you can bet on MLS games live? A lot of sportsbooks offer live wagering, but their platforms pale in comparison to that of Bovada Sportsbook! They also offer a 50% real cash bonus up to $250 free AND your credit card will work there for deposits!

The youth movement in Harrison has had its ups and downs, and this season has definitely been considered more of a down than an up, as RBNY is going to have some work to do to extend its 11-year streak of qualifying for the playoffs. With the Red Bulls having virtually no success away from home, they’ve got to find a way to keep things rolling in their own building, and getting a win over Columbus was a great start.
The most important thing to come out of that match was that the Red Bulls didn’t give away two points by giving up a late goal, which has plagued them throughout the season. Against New England, RBNY had the league leaders beaten, but New England then struck in the 84th minute and again in the final minute of stoppage time to turn the result on its head. Philadelphia pulled out a goal five minutes from time despite being down a man to earn a 1-1 draw, and Orlando found a goal in the 84th that would have been devastating had the Red Bulls not already built a two-goal cushion. New York has done a great job at getting ahead, the problem is staying ahead and making sure that wins don’t turn into draws.

Given the history here, it shouldn’t be a surprise that I’m riding the Red Bulls to pull the upset. Draws don’t happen often in this rivalry (two out of 18 meetings have ended all square), so I’m not going to waste time worrying about the double chance. Instead, I’m going to play the Red Bulls to win at +210 as my main bet. We’re already getting double the return and more from a simple moneyline bet, so there’s no need to push for something on top of that.
But of course, we will push for something on top of that, and that something’s going to be RBNY to win to nil at +450. Four of NYCFC’s past five trips to Harrison have ended without a goal, and this will now be the Pigeons’ sixth match in a span of three weeks. This is not a trip where they’re going to feel confident, and it’s not a match where there’s likely to be a lot of offense given the match schedule. If you want to get really aggressive, you could play RBNY to win and under 2.5 at +575.
Finally, I’m going to back the Red Bulls to get the first goal of the match at +125. I think it might be the only goal of the game, but this is my bit of insurance against the late goal that RBNY tends to concede. Backing them to score first and force NYCFC to come back is promising.

Derby matches are always hard to predict. Both sides remember the infamous “Red Wedding” match of 2016, which saw RBNY cross the river and blitz NYCFC for a 7-0 destruction, one of just three wins by the visitors in this rivalry. However, I’m going to back this one to play a little more to form, based on both recent and long-term history.
As such, I’m taking the Red Bulls to claim a 1-0 win at +950. Bet your soccer picks for FREE this weekend by taking advantage of a 100% real cash bonus on your first deposit of $100 to $300 at MyBookie Sportsbook! (Must use bonus code PREDICT100).