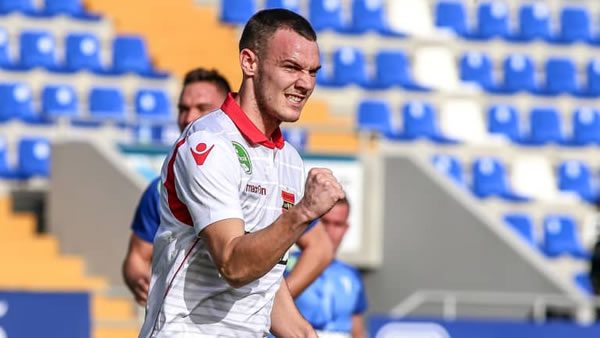 Once the East’s best team, Philadelphia now just can’t find the edge to turn draws into wins. The Union aren’t losing matches, but they’re not getting wins either, as they’ve drawn seven of their past eight matches and have just one victory since April 9.

In turn, that allowed New York City to catch up to the Union and pass them. The Pigeons have been winning matches in MLS play, as they haven’t lost a league match since April 2 at Toronto. The loss to the Red Bulls on Wednesday came in U.S. Open Cup play, which means NYCFC comes in riding a nine-match unbeaten streak and is 7-0-2 in that stretch. However, seven of those matches came at home, and they haven’t exactly been tested on the road, with their away matches coming against bottom-table sides D.C. United and Minnesota. With Philadelphia seemingly finding a way to draw 1-1 every time out, which side is going to have the edge in this top-table showdown?

Successful teams usually don’t have a new coach take charge during the season, but that’s exactly what NYCFC is facing after former coach Ronny Delia bid the United States adieu and headed across the pond to take over Standard Liege in the Belgian league. In his place is Nick Cushing, who was previously the coach of Manchester City’s women before moving over as Delia’s top assistant in the Bronx. So far, the results are a little mixed, as Colorado scratched out a draw last week, and the Red Bulls unloaded on City in a match that the Pigeons finished with just nine players.

The Rapids’ goal ended a string of five straight matches without giving up a marker, and quite frankly, it’s going to be the defense that carries the day for NYCFC if it plans to stay on top of the Eastern Conference. Valentin Castellanos leads the Pigeons with seven goals, but NYCFC has topped two goals on just four occasions on the season, including none in their past six times on the pitch. This isn’t going to become a great attacking side overnight; this team needs to win with defense in 2022.

Creating chances is rarely a problem for Philadelphia. Actually, converting them, on the other hand, isn’t going nearly as well. The Union wasted several good opportunities to turn 1-0 into 2-0 against Cincinnati and instead ended up with another disappointing draw. Getting Daniel Gazdag back to form should help, as he missed a match while off in Hungary with his national side, and Philadelphia couldn’t figure out a plan B to replace him.

And that’s Philly’s problem: the Union just cannot figure out how to create more than one genuine look at goal that the keeper can’t deal with. Philadelphia will put shots on frame, but there’s been something missing all year that has kept them from scoring the goals they need to start getting wins instead of draws.

It’s always risky to play a draw, but neither of these teams is giving an inch right now, making a draw seem the most likely possibility. NYCFC hasn’t lost since April 2 and should be able to match Philly’s attacking abilities in the middle, which would keep the Union from finding much of any kind of momentum.
If you’re just looking to get a win out of this one, I think the under offers real value here at -120. I think there won’t be a lot of action in this matchup, as both teams appear to be missing something in the attacking third that they need in order to take control of the match. NYCFC might be finding wins, but there’s a difference in doing that at home vs. on the road against a team that can legitimately keep goals out of their net. I don’t see a lot of chances to score in this situation, which tells me the under is the play. There’s another nice option in Philadelphia double chance first half at -150, as the Union have only trailed at halftime once this year.

On the aggressive side, a scoreless second half at +275 holds a lot of promise. Remember, Philadelphia has only trailed at the break once, which means a good chunk of scoring has come in the first half. Five of the Union’s 15 matches have finished goalless in the second half, and two others had a goal in the first five minutes of the second half and then none after.

Both of these offenses are out of sorts right now. The Union keeps finding ways to draw, and NYCFC isn’t really showing a lot of signs of attacking properly. Yet the defenses have both been rock solid as of late and kept their sides toward the top of the table.

I think this is the time to get aggressive. I’ll take a scoreless draw at +850. Bet  your New York City vs. Philadelphia Union prediction for FREE by taking advantage of a 100% real cash bonus on your first deposit up to $300 when you use bonus code PREDICT100 at MyBookie Sportsbook through this special link!