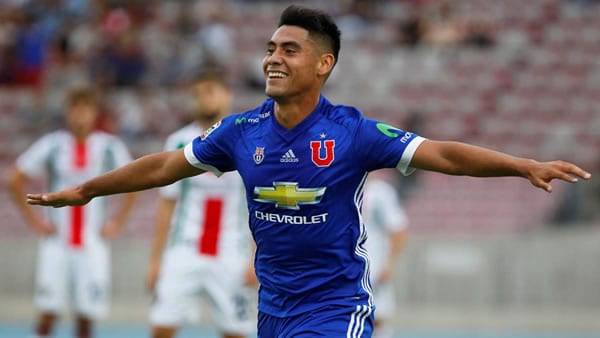 The stakes don’t get much bigger than this in the Western Conference, as the ancient rivals of the Pacific Northwest meet for one final time in 2020 with first place in the conference on the line. Neither team has shown its best form as of late, as both come into this match with a draw and a loss from their previous two games. For Portland, the defensive issues cropped up again at the worst possible time, as they gave away first place by allowing an LAFC goal in stoppage time, settling for a draw, and failing to pass the Sounders. Seattle’s problems have come at the other end of the pitch, as their offense couldn’t break down San Jose and has seemed to be a ship without a port without top scorer Raul Ruidiaz. The Sounders aren’t likely to have him back for the rest of the season, which means that they’ve got four matches to figure out how to play without him. Their remaining schedule is Charmin-soft, so if they can get a result against Portland, the road to MLS Cup is almost sure to go through Seattle. But can they figure out their attack well enough to get the crucial victory?

Sometimes, a draw feels like a real accomplishment. For Portland, that was absolutely not the case, as the Timbers felt like they had a win in their grasp and simply gave it away. Portland allowed the tying goal five minutes into stoppage time, which allowed LAFC to escape with a point and brought up thoughts that the old defensive issues might be resurfacing at the worst possible time for this side. Scoring goals has never been Portland’s problem, as the Timbers rank second in league with 38 markers on the season. But despite that prowess, the Timbers’ goal differential is just plus-8, compared to the plus-18 in Seattle’s column despite the Sounders scoring three fewer goals than their Oregon rivals. Portland hasn’t been shut out by anyone since a 3-0 loss to the Sounders on Aug. 23 (which remains the only time this year that the Timbers haven’t hit the mesh), but by the same token, both sides have scored in 20 of the Timbers’ 25 competitive MLS matches this season. Felipe Mora and Diego Valeri lead a balanced attack that’s likely to produce scoring from just about anyone on the pitch, but with this shaky defense, no lead is truly safe.

To be truly charitable, life without Raul Ruidiaz isn’t going all that well. The Sounders haven’t fallen to the scrap heap by any means without their Peruvian striker, but they’re clearly not the same team without him in the lineup. The international matchdays were devastating to Seattle, as Ruidiaz contracted COVID-19 while playing for Peru’s national team and is now out for the remainder of the regular season. Seattle is still a dangerous side even without Ruidiaz, as Jordan Morris has found the net seven times this season, and Nicolas Lodeiro remains one of the top creators in MLS. But Seattle finds that extra gear that takes them from a good team to a great team when Ruidiaz is on the pitch, and without him, they’ve taken a loss to LAFC and played out a scoreless draw with San Jose, a team they’d previously beaten 7-1. There’s also the matter of the Sounders struggling with the Timbers as of late, as Seattle has now dropped two straight matches against its ancient rival.

Since this became MLS’ biggest rival, these two teams couldn’t be much more even. Even the series between them is even: 15 wins for Seattle and 15 for Portland. But with the Sounders down Ruidiaz, this is the right time to grab the Timbers to win at +260. However, you can probably do even better in this matchup. This year has been a weird one, as two of three meetings between the teams have ended with a shutout. However, shutouts are actually pretty rare in this rivalry, especially with Portland’s shaky defense. You’ll get +475 to take the Timbers to win and both teams to score, and that’s where I’d feel most comfortable putting my money. I’d also back the team to score first to go on to win the match, as comebacks usually don’t happen in this rivalry either. The last time the team that scored first didn’t win the game came in the 2018 playoffs when Seattle couldn’t hold an early lead in Oregon and saw a 1-0 lead become a 2-1 loss. This will require paying some juice, but it’s an excellent way to play conservative if that’s how you want to bet. Finally, I’d back either team to win by exactly one goal at +160. The Sounders’ 3-0 win was an outlier, caused by Portland having to fly across the country after winning the MLS tournament in Orlando while the Sounders were resting and preparing. Seven of the past eight meetings between the teams have been decided by exactly one goal, so this is an excellent way to play this match.

It’s hard to pick against Seattle in a third straight game against Portland, but without Ruidiaz on the field, the Sounders are just not the same team that they usually are. Six of the past eight meetings between these sides have finished with a 2-1 final score, and since I think Portland is in better shape here, I’m going to back the Timbers to claim a 2-1 win at +1000.