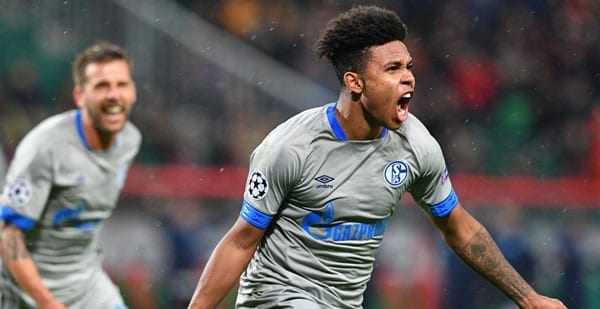 Werder Bremen drew 0-0 at home to Borussia Monchengladbach on Tuesday; Schalke lost 2-1 to Dusseldorf on Wednesday.

Schalke defeated Werder 2-1 at the Weserstadion on Nov. 23.

Two teams that should be desperate for points meet with time quickly running out on the Bundesliga campaign. Schalke has been nothing short of awful since the restart, taking three losses and barely competing in two of them, while Werder has actually played some competent soccer. However, competent soccer hasn’t been enough for Werder, who remain five points short of potential safety and six short of guaranteed safety with just seven matches to play. The schedule is going to give Werder every chance to save itself, and the task starts here with a very winnable game against a team that looks like it’s decided it has nothing to play for.

Werder Bremen’s play is precisely why I love European soccer: it punishes teams for failure instead of rewarding them with a high draft pick as we do in the United States means that Werder isn’t going to pack it in during a lost season. The bottom two of the Bundesliga are relegated to the Second Bundesliga, a place Werder hasn’t been in 40 years, so the River Islanders have everything to play for as they try to save themselves.

Since the restart, Werder has played like a team that’s desperate for points and will do anything to get them. The River Islanders were admittedly a little lucky to claim points off of Freiburg, as they were dominated in that match but managed to keep Freiburg from scoring and stole a 1-0 win on the road.

The defense, long a liability this season, has been the biggest reason that Werder has picked itself up off the canvas and given itself a chance to save itself. Only Mainz has conceded more goals than Werder’s 59, but the River Islanders have shut out their past two opponents, including a Borussia Monchengladbach side that came in averaging two goals a match. That’s a very encouraging sign against Schalke, which has just one goal since the restart.

For a team that started the restart in a Europa League spot, Schalke’s lack of form has been utterly appalling. Losing to Borussia Dortmund is forgivable, even though the score was a rough 4-0 setback. Losing at home to Augsburg and blowing a lead to relegation-threatened Dusseldorf is inexcusable, and it says that something is very wrong at Schalke right now.

American Weston McKinnie finally broke the Schalke drought by scoring in the second half of the loss to Dusseldorf, but that’s the only time Schalke has found the net since the restart, outscored 9-1. Worse, Schalke is on a 10-match streak without a win, as it’s gone 0-6-4 since Jan. 17 and has just three goals to its name in that period.

Facing Werder should be a boon to Schalke’s starved attack, but the River Islanders are playing much better defense as of late, and Schalke is showing a serious lack of direction and creativity right now. Even with all of this, Schalke is just two points out of a Europa League spot, but unless it can turn things around in a hurry, it won’t come close to that goal.

Now is definitely the time to gamble on Werder, given that Schalke is in horrid form, and Werder is actually a better road team than a home team. But how much to wager on them depends on how risky you want to be. If you’re going to play conservatively, I think Werder on a draw no bet at even money is a fine way to play. I don’t think you’ll get much value out of a double chance (-189) unless you’re playing a parlay, but if you’d like insurance against the draw, this is a good way to play conservative and still return money.

If you’re feeling risky, I think you’ve got an excellent shot to make money taking Werder to win and under 2.5 goals at +475. You can also play Werder to win to nil at +360, but I wouldn’t bother. Werder is still not a great attacking side, as it’s the only team in the Bundesliga to score fewer than 30 goals this season. It hasn’t scored more than once in 13 of its past 14 matches. There’s absolutely no reason to expect Werder to shut out Schalke and score more than two goals in the game; you’d almost surely be leaving money on the table by taking a win to nil bet here.

If Werder does win this match, it’s very likely to be a one-goal affair. For that reason, I think that taking the under alone is the safest bet on the board. You’ll need to pay a little juice to get it, but -125 isn’t bad for something that’s pretty likely to hit.

These two sides have combined for three goals since the restart. Schalke has three goals in its last ten matches, and Werder averages right around one goal per game. In short, these teams have a hard time finding the mesh. I don’t expect an open match, and I don’t expect much in the way of goals. I can easily see this match being scoreless, but I think Werder sees the opportunity to get the three points they need to close the gap on Mainz, and Dusseldorf and Schalke have mailed in the rest of this campaign. For that reason, I’m going to go with a 1-0 Werder win at +825 for my correct score bet.