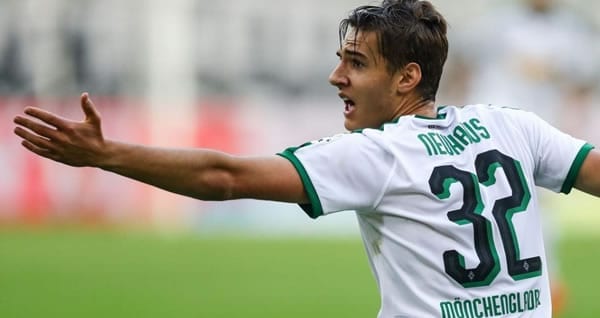 This match suddenly matters for both teams, as poor form on both sides has seen Monchengladbach fall into a Europa League position, and Union Berlin getting dragged into the relegation battle. Neither team is playing the soccer it was when it went into the restart, and both will need to show a heck of a lot more than they have in their past two matches in order to get back on track. If you’re looking for excitement, this probably isn’t the match for you, as these teams have scored just one goal in the run of play in the past 360 minutes of soccer.

The Iron Ones were on their way to acquitting themselves beautifully in their first-ever season in the Bundesliga, but since the restart, they seem to have lost their way completely. They’ve been outscored 7-1 in those three matches, and while one was against Bayern Munich, they also got completely outclassed by city rival Hertha. To make matters worse, the fun, exciting side that was Union has been replaced by a rather pedestrian attack that looks more afraid of losing than anything.

Unfortunately for them, Union now has plenty to play for, because relegation rivals Dusseldorf and Werder have both closed the gap on the Iron Ones. Union desperately wants to get a second year in the Bundesliga and the financial boon that comes with that and to do that, they’ve got to get back to the fun, attacking soccer that got them here in the first place. Right now, that’s been a victim of the layoff, as Union has not scored a single goal during the run of play since the restart (the only goal was off a free kick against Mainz).

The Foals seemed to pick up right where they left off in their first match after the restart, but since then, they’ve gone in completely the wrong direction. Losing to Bayer Leverkusen was tough to swallow, but understandable. However, there’s no excuse for failing to put anything home against Werder, which had been the weakest defense in the Bundesliga. This team has to find a way to get back on track and actually have a few hits on the net.

Monchengladbach has depended greatly on Alassane Plea and Marcus Thuram, who have a combined 32 points between them this season. Put another way, those two have been responsible for the majority of Monchengladbach’s 53 goals on the season. They’ve got to be at their best the rest of the way if Monchengladbach is to find its way back to the Champions League.

Given how meek Union’s attack has looked as of late, I think taking a No on both teams to score at even money might be a wise bet. Monchengladbach hasn’t been the greatest at defense by a long shot, as its past nine matches before the scoreless draw at Bremen all saw both teams score. But Union looks devoid of ideas right now, and the Iron Ones have been just awful away from home this season. The one match they played away from home during the restart was in their same city, and that was a 4-0 loss. Monchengladbach hasn’t been doing much shooting as of late, so the under might be a very good way to go here as well.

If you feel daring, Monchengladbach to win to nil at +175 seems to be a good way to bet this one. Union just isn’t scoring right now, and Monchengladbach really needs to get a result after Leverkusen edged Freiburg. A shutout win would be huge for the Foals’ confidence, and I expect them to go all out to try to get it.

It’s tough to expect a lot from Monchengladbach after the poor performance at Werder, but I don’t think what happened at the Weserstadion will repeat itself here. Monchengladbach is not firing on all cylinders right now, but I think it has enough to get past Union given what both teams have shown so far this campaign.

I expect absolutely nothing from Union Berlin, so I’m going to lean toward another scoreless day for the visitors. Like the first two, I don’t expect that to earn them anything in the standings. This, to me, looks like a low-scoring affair with the chances going to the Foals. I’ll say that they cash in a pair for a 2-0 win for Monchengladbach as my correct score, a pick currently going off at +775. Unless Union can find its offense in time, I like Monchengladbach’s chance of shutting out the visitors.