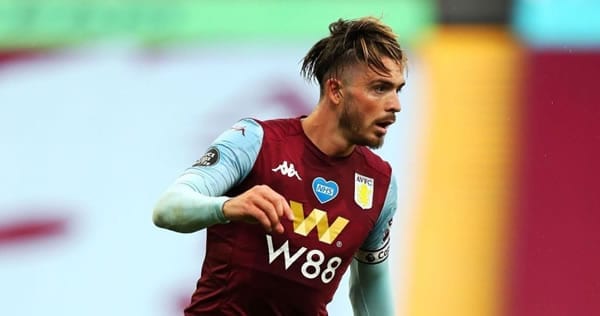 Wolves defeated Aston Villa 2-1 on November 10 at the Molineux Stadium.

It’s a Birmingham derby matchup, as Wolves make the 15-mile trek southeast to take on a Villa side that’s far from throwing in the towel on its season. The Lions need points badly to get out of the relegation zone, and they did themselves a real favor by snatching a late goal against Newcastle to earn a 1-1 draw and get themselves into a tie for 17th place. With seven matches to go in the season, Villa are in the relegation zone on goal difference and need to come up with something to stay in the Premier League.

Wolves, on the other hand, has its sights set on playing in the Champions League. With Leicester City struggling badly, the door is open for Wolves to catch up to the Foxes and snatch a Champions League place. So far, they’ve picked up right where they left off: they’re now unbeaten in seven Premier League matches and haven’t given up a goal in any of their past three. Can they get the win they need to move up into the top five?

Wolves dominated its last match against Bournemouth in about as much as you can dominate a game that finished 1-0. Wolves had control of the ball, didn’t allow a shot on target, and took 11 attempts at the net to Bournemouth’s two. Wolves now haven’t allowed a Premier League goal in seven halves of soccer, dating back to a 3-2 win over Tottenham at the start of March.

When they do attack, Raul Jimenez is likely to be the man on the end of it. Jimenez scored the only goal for Wolves in the win over Bournemouth, and in fact, he’s scored in four of Wolves’ past five Premier League matches, with the sole exception being the scoreless tie Wolves had against Brighton. This isn’t a flashy side, but Wolves is nevertheless effective, and it has been deadly against the bottom five teams in the league, winning eight out of nine matches against them this season.

If Villa could get its scorers on track, it might really have something down the stretch. With Jack Grealish making things happen and Wesley doing the scoring, Villa has been able to find goals throughout the season. Unfortunately for Villa, Wesley is out for the season, and Grealish hasn’t been able to return to form, failing to score in three matches. In fact, both of Villa’s goals since the restart have come from a defenseman who hadn’t scored a goal all season.

Lost in that is the fact that Villa have given a credible effort at both ends of the pitch since play resumed. Sometimes, teams that are in a position to be relegated simply accept their fate, but Villa’s play has been inspired as of late, and they’ve really frustrated teams like Chelsea, which needed a four-minute stretch in the second half to claim a 2-1 win.

But the defense has still been suspect at times for Villa, which has really hurt. Villa’s 59 goals conceded are the worst in the Premier League, and if goals continue to fly into the net, relegation is all but certain for the Lions.

Getting Wolves at -134 in this match isn’t a bad option here, but you can probably do better here. In this situation, I think I want Wolves to win to nil, as they’ve been playing excellent defense and Villa’s two goals since the restart have both been kind of fluky markers. I don’t think Wolves is going to crack quite so easily, and getting them to win to nil at +175 is a solid number.

If you feel daring, taking Wolves to win and score under 2.5 goals at +260 is another decent option. It’s a bit of a gamble because the Villa defense has really struggled this season, but Villa has been much better at the back over its past three matches, and one of those was against Chelsea. Because of that, you might also want to look into a scoreless first half, which pays at +160. Of the teams’ past three matches, only one of them (Villa against Chelsea) saw a goal in the first half, and that came in the final five minutes of the half. Another scoreless first half looks like a reasonable possibility with two teams that haven’t been scoring a lot lately. Bet your pick for FREE by taking advantage of a deposit $25 and get $50 FREE at one of the web’s oldest and most trusted bookmakers: Intertops!

The defense has been there for Wolves all season, while Villa has had their problems making plays on the backline when they’ve needed it most. I think “defense” will be the name of the game in this one, and I trust Wolves’ defense a lot more than I do Villa’s. Plus, Jimenez is hot right now, and Grealish is not, and Wolves needs this game just as much as Villa does for its own reasons.