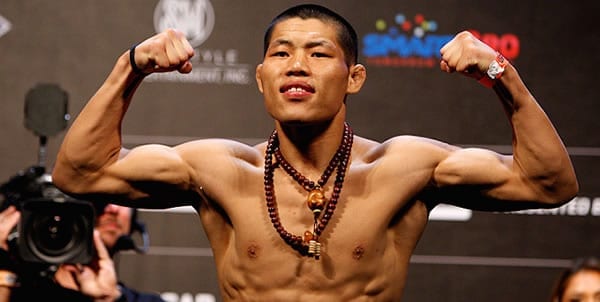 There are some key matches on the UFC 248 main card, which is headlined by two world title bouts. Other high-stakes bouts will be taking place, with Derek Brunson taking on Edmen Shahbazyan in middleweight action, while Neil Magny battles Li Jingliang in a key welterweight bout. Winners of these bouts will inch close to title shots, while the losers get pushed to the back of a growing pack of contenders. Who will get the upper hand in these battles? Let’s break it down!

Derek Brunson battles Edmen Shahbazyan in a middleweight battle on the UFC 248 main card. It’s a classic young vs. old battle between a veteran in the 36-year old Brunson and the 22-year old unbeaten prospect Shahbazyan. This is Brunson’s 17th UFC appearance, and with two straight wins, he looks to build on some momentum as he makes what might be his last run to a title. Shahbazyan is a more of a neophyte, having just turned pro in 2017. After some impressive showings in his formative UFC career, we now see how he translates at a higher level.

For the purposes of handicapping this fight, it’s important to wrap our heads around what Brunson truly represents. Granted, he has never really gotten over the hump, but let’s look at the guys who have been able to beat him in the UFC—Yoel Romero, Robert Whittaker, Anderson Silva, Jacare Souza, and Israel Adesanya. We’re talking champions and near-champions. And with wins over guys like Lorenz Larkin, Uriah Hall, Lyoto Machida, and others, he has shown he can hang at a high level. He might not get a lot of run in the press and have the overall vibe of an organizational also-ran, but only the very best have been able to beat him. And it’s not automatic in any way that the 22-year old 11-fight neophyte Shahbazyan fits in with the caliber of fighter who has been able to beat Brunson.

Shahbazyan is six-two, making him a little taller than Brunson, though the Armenian-born Glendale resident has a 4-inch reach disadvantage. He has shown himself to be a dangerous striker in his short time in the UFC, with three stoppage finishes in his last three fights, including a submission win. He is very nimble on his feet, allowing him to control range well. He lashes out with suddenness, and when he has his opponent compromised, the fists and kicks come with volume and authority. The only sticking point is we really don’t know yet. We don’t know how well he can take it in a firefight. We don’t know if he can handle a fighter like Brunson, who is a well-rounded MMA practitioner.

I think this is a reasonable progression for Shahbazyan. It’s a jump in class, but a well-reasoned one against an opponent who remains very viable, but is still a guy who has been stopped twice since 2018. And with five career losses by KO, I see Shahbazyan’s menace as a striker manifesting in this three-rounder. I’ll take Shabazyan.

I’m betting on Edmen Shahbazyan to win at -235 betting odds. This sport favors youth and 14 years Brunson’s junior, Shahbazyan, has youth to spare. His striking prowess presents major matchup problems for Brunson, who while not brittle, is also not the most resilient fighter in the face of this level of striking. Bet the Shahbazyan/Brunson fight for FREE! Simply deposit $100 at MyBookie Sportsbook and use promo code PREDICT100 and they’ll give you a $100 FREE (real cash bonus) bet for the fight! (You can use it on anything actually) You must sign up through this link and use promo code PREDICT100 to take advantage of this offer!

Also on the main card, welterweights Neil Magny and Li Jingliang duke it out in a 170-pound three-rounder. In this division, a setback for either man would be costly as a gaggle of fighter is vying for recognition. At 32, this is a key moment for the 6’3″ Magny, who has gone 3-3 in his last six fights after hinting that he could be a future threat. A win over Jingliang would be a huge step forward for Magny. But with seven wins in his last eight fights including three straight wins, the six-foot China-based Jingliang is looking to be a key figure in the growing UFC China market.

It has been rough going for Magny of late. A failed drug test and some other fight fallouts have kept him out of action since late 2018 when he was flattened by Santiago Ponzinibbio. Ten wins in 11 fights had him looking like a contender until 2016 when he was laid out by Lorenz Larkin, losing two fights later by submission to Rafael dos Anjos. Please make no mistake, this is more than a crossroads fight for Magny, as it’s really do-or-die for the elongated welterweight veteran.

It won’t be easy getting back on the winning track against the streaking Jingliang. He has strung together a nice run of performances, earning performance bonuses in five of his last six UFC appearances. He is very strong, a well put together 170 pounder who looks like a middleweight. He is wicked in stand-up, but can also take an opponent to the ground and utilize some vicious and uncompromising ground-and-pound. Once he has an opponent in trouble, he opens up with a ruthlessness that is hard to dissuade. He really zeroes in and lets it fly.

I think Magny might have some technical advantages. He’s more economical on his feet and far less wild. He can’t be taken lightly. But whereas his window may have passed, Jingliang is on the rise, riding a wave of momentum into this fight, while Magny is trying to pick up the pieces of his downward-trending career. I see this as being a really tough re-entrance for Magny, as the sheer physicality of Jingliang might be too much for him to overcome.

I’m betting on Li Jingliang to win at -180 betting odds. He’s active, he’s winning, and he’s in a groove. And if it’s close fight, the political angle of the UFC wanting Jingliang to move forward more than Magny could figure into things. And even if it doesn’t, I see Jingliang being a little too much for Magny at this point. As noted above, you can bet your UFC 248 predictions for FREE! What we didn’t mention above is that you can actually deposit anywhere from $100 to $300 and get a dollar for dollar match! This is a REAL CASH bonus! Example: Deposit $300 and they’ll throw another $300 in your account, making your balance $600! Click here to sign up for this killer offer! Don’t forget to use promo code PREDICT100 if it’s not already in the box on the signup page!