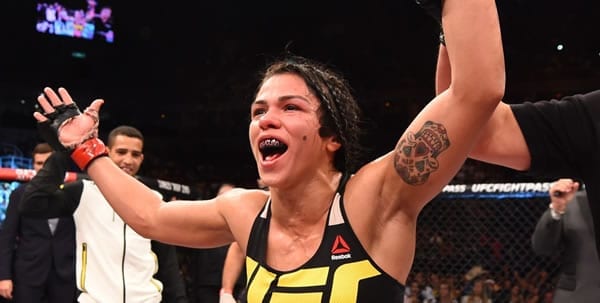 The UFC is back with a vengeance with its third card in a week. This will also be held at their new home away from home in Jacksonville, the same venue for the other two cards. Some high-stakes bouts head the card, with the crossroads heavyweight tilt between Alistair Overeem and Walt Harris atop of the bill. Two strawweight contenders will also do battle with Claudia Gadelha taking on Angela Hill in the co-main event. And former lightweight striker-extraordinaire Edson Barboza drops to featherweight as he tries to breathe some life back into his career, taking on streaking Dan Ige in his 145-pound debut. The odds are tight, and the bouts look evenly-matched. Let’s see what we can come up with!

Alistair Overeem takes on Walt Harris in a heavyweight battle in the main event of UFC Fight Night. Closing in on 40, Overeem needs to generate some success, or there could be a push to see him retire. One of the more prodigious strikers and overall fighters in kickboxing and MMA lore, Overeem is getting up there, and it’s hard to find a viable active fighter who has as much mileage as he does. His last-second brutal KO loss to Jairzinho Rozenstruik in December was his 14th KO loss. Add in a high-level kickboxing career and over two decades of fighting, and the case could be made that he shouldn’t be doing this anymore.

There is a flip side to that coin. While Overeem is unquestionably a faded force, the extent of that is still up for debate. He carried a two-fight win streak into his last fight and was seconds away from victory. And this was against a then-unbeaten fighter who was good enough fight in a de facto title elimination fight in his next bout. So yes, we do see him sponging KO losses with a lot of them in our minds. But let’s not forget the good work he has done, even in this down-cycle of his career.

Let’s also take a look at Walt Harris. Point blank, he’s never going to scale the heights that Overeem has. At nearly 37, however, he has gained some momentum with a handful of nice wins and hasn’t tasted defeat since November 2017. A 12-second KO over vet Aleksei Oleinik in his last fight underlined his potential. He has a lot of heart, is a big man, and carries legit power with all his wins via the KO route.

And therein lies the conundrum. For however bad he has looked in recent years in spots, Overeem has still thrived at this level for the most part and showed he still has the dishing-it-out part of the equation nailed down. It’s what happens with incoming fire that is the problem, and with Harris in the other corner, how bankable is Overeem at this point? My gut tells me to go with urgency and talent. Overeem will find it hard to justify continuing if he drops this one and at an underdog price, I can justify taking a whirl with Alistair in this proposition.

My Pick to Win: I’m betting on Alistair Overeem at +140 betting odds. While well past his expiration date, he has so many more weapons in his arsenal, a feature you often don’t find in underdogs.

Claudia Gadelha takes on Angela Hill in a strawweight battle in the co-main event. The winner here would have options in the 115-pound women’s division. The loser could face a long road back. Gadelha is the more known commodity, as fans know her from her two fights with Joanna Jedrzejczyk, in addition to other high-profile bouts. And while Hill has been in the UFC for a while, she has only started to hit her stride, entering this bout with three straight wins, while Gadelha is only 2-2 in her last 4.

Two years older than Gadelha at 33, Hill is the former 115-champion in the Invicta organization, but dropped five of her first 8 UFC fights, only hitting her groove recently. A gifted striker and former unbeaten pro kickboxer, Hill has looked good in her last three fights, two of which ended by TKO. Gadelha, meanwhile, may have already peaked. While still a contending 115-pounder, she hasn’t thrived in a few years, and it looks like a little of the luster is off and that the rest of the division has caught up. For a patch of time there, she was the clear number-two in the division, and she needs a win here to stay in the top ten.

Granted, Hill has never shined at a really high level in the UFC, while Gadelha has. I think the respective peaks of each women’s career line up to make this a far closer fight than it may have been 3-4 years ago. I think Hill’s striking, movement, and activity makes her a strong candidate to pull off the upset in this one. I’ll take Hill.

My Pick to Win: I’m betting on Angela Hill at +160 betting odds. I think she has better momentum and could be catching Gadelha at the right time.

Featherweights Dan Ige and Edson Barboza will do battle on the main card of UFC Fight Night. Ige is 28, and the Hawaiian is six years Barboza’s junior. He is also riding a 5-fight win streak, where he has won by decision, KO, and submission. He faces his biggest-name opponent by far in former leading 155-pound contender Barboza. With a violent KO highlight reel with some of the most powerful kicks ever seen at lightweight, the idea of Barboza detonating those shots on featherweights is frightening. But with four losses in his last five fights, is moving down to 145 pounds a desperation move?

Point blank—I think it is. Watching combat sports over the years this is a common theme, and it seldom if ever works out. Because the very thing they’re trying to do in cutting extra weight is the last thing that’s good for an aging fighter. And looking at Barboza, it’s not like he ever came across as a smallish lightweight. He was pretty ripped at 155. Now you take a fighter in poor form, with spiraling confidence and ask him to cut ten more pounds and throw him in there with a streaking fighter on a roll, and I don’t feel comfortable laying a price on him. I’ll take Ige in this one.

My Pick to Win: I’m betting on Dan Ige at +105 betting odds. I see his high-energy style playing well off a faded Barboza, who might even be more compromised at 145 pounds. For the most UFC wagering options and the absolute best/lowest odds (on ALL sports), we highly recommend getting an account at 5Dimes. Reduced odds betting trumps any sign-up bonus that you can get as it’s the gift that keeps on giving! Start reaping the benefits by registering today!