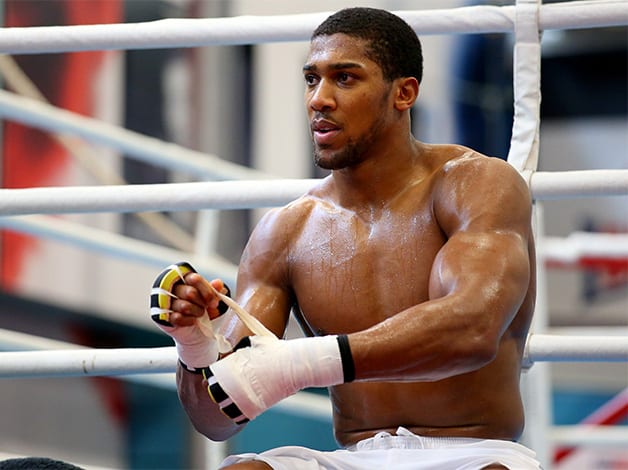 Anthony Joshua defends his Heavyweight Championship against top-contender Kubrat Pulev on December 12. It will have been one year since Joshua finished up his business with Andy Ruiz, avenging a previous defeat. He now moves on to another challenger in Pulev, a perennial contender from Bulgaria with only one loss in his career. At 39, this is Pulev’s last chance to register a life-changing win. Can he trouble the champion? Or will Joshua be able to focus and take care of business before looking onto greener pastures, namely a mega-bucks battle with another British star in fellow undefeated heavyweight champ Tyson Fury?

In the eyes of many, Pulev is just another contender. And while that might be true, wasn’t that the same spot where we saw Joshua already lose? Pulev isn’t any more lightly-regarded than Ruiz was when he KO’d the champion, Joshua. So we at least have a track-record of Joshua not delivering in these spots, while backers of the other side get a huge windfall. But it might be a double-edged sword with that. Having now seen the full consequences of him taking an opponent lightly, I’m not sure Joshua is likely to fall back into that trap so soon after doing it with Ruiz. Not that he’s unbeatable, and only mental slippage on his part can result in a win for the opponent, but that was a big part of the loss to Ruiz, and it would be a big part of him losing in this fight if that were to happen.

The business with Ruiz, who was essentially a late-replacement in a stay-busy fight, almost took two years of Joshua’s career to settle. Now 31, the window is closing in booking some legacy-changing wins over guys like Fury. For the foreseeable future, potential backers of his opponents should be wary about banking on a mental letdown. I would expect a peak, Joshua, in this spot, and that could very well be bad news for Pulev.

There is nothing wrong with Pulev or his career. His one loss was to the dominant heavyweight of the previous era in Wladimir Klitschko, a guy who came pretty close to beating Joshua when he was past his prime. Pulev had a nice amateur career, turning pro late when he was pushing 30 already. He was able to zoom up the ratings, showing solid skills, guts, and power. He looks like a fighter from just seeing his face. He’s a natural at it in many ways. He can take a punch and has a good attitude for a fighter.

Bet on the winner, TKO, distance and more >>> MyBookie!

Still, Pulev is basically a big guy with guts who has some skills and a good background to hold his own against anybody. There is no special quality to him. Yeah, he’s tough, and he’s durable. But the only other time he stepped up to this level, it didn’t take a lot of persuading by Klitschko to get him out of there. He can also deliver a good shot, but with 14 KOs in 29 fights, he’s not really the smasher he needs to be in order to make this style work at the highest level.

Pulev has been a top contender for a while. One thing missing from his record is a real clear win over a fighter that suggests he can thrive at this level. He’s almost 40 now, and his best win is a 2013 decision over somewhat-forgettable contender Tony Thompson. Since losing to Klitschko in 2014, he has remained active and scored eight straight wins. But he barely beat Dereck Chisora, while fighting a collection of blasts from the past—retrograde talent like George Arias, Maurice Harris, Samuel Peter, Kevin Johnson, and Rydell Booker. Pulev managed to stop just two of those five fighters, and we’re talking about 20-year pros who are just collecting paychecks, not one of the best heavyweights in the world.

Beyond Pulev’s track record is his style. He’s not a hard guy to find. And even if you think he might have his Rocky Balboa moment here, no one is going to let him take Rocky Balboa’s punishment to realize that dream. He stands very erect, typical of a lot of fighters raised in the European tradition. And while he can take a punch and has a strong mentality when fighting through punishment, this is a different level, and he has shown he can be affected when the big shots from elite heavyweights start hitting their target. And as he gets older, we are starting to see his face is less-resilient as it once was.

In other words, a path to victory for Pulev isn’t terribly easy to envision. It’s going to take Joshua being cooperative in some way—poor preparation, a completely-distracted mindset, or just a colossal mistake in execution. There could be a cut, a butt, or some other freakish occurrence. But in the likely event that an at least close-to-peak Joshua shows up, a plausible road to victory isn’t easy to see for the Bulgarian slugger.

I see Joshua taking some time to get warmed up as he exercises some caution. Unfortunately for Pulev, caution won’t equal passivity or a lack of potentially fight-finishing blows. And he is going to get hit. There is no way around that. A capable fighter who knows what he’s doing, with that veteran calmness, Pulev won’t go easy. An ambitious man who put a lot into this, the resistance could be ample. But in terms of real talent and pure firepower, the differential will be too vast for Pulev. I don’t think it will be too long before we see that manifest. As the fight gets closer, we will be looking to pounce on some prop bets, namely Joshua by KO and possibly the “under.” As for now, however, we are just taking Joshua to win.

My Prediction to Win the Fight:
I’m betting on Anthony Joshua to win at -1000 betting odds. Pulev is tough, but he’s easy to hit, without having the kind of firepower that can truly threaten. You will see the difference in firepower when Joshua begins firing off his cannon blasts, and so will Pulev, who might have trouble getting to the 8th round.