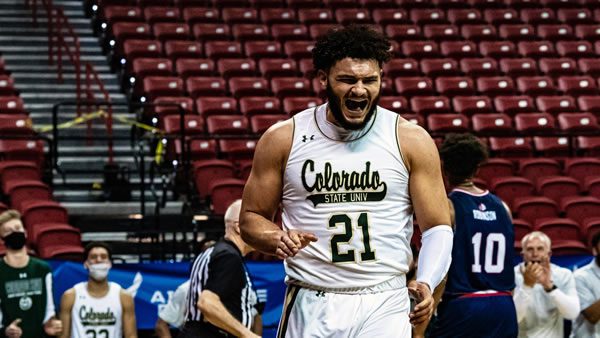 Colorado State
Colorado St has no reported injuries at this time.

The San Diego State Aztecs come into this matchup with an overall record of 22-7. On the season, the Aztecs have performed well in their 18 conference games, posting a record of 14-4. This mark is good for 3rd in the Mountain West. In addition to playing well in the Mountain West, San Diego State is just above .500 on the raod. Through 13 games, the Aztecs are 7-6 away from home. Heading into this matchup, the Aztecs are looking to stay hot, as they try to add on to their current 5 game win streak.

The Colorado State Rams get set to host the Aztecs with an overall record of 25-4. On the season, the Rams have performed well in their 19 conference games, posting a record of 15-4. This mark is good for 2nd in the Mountain West. Heading into this matchup, the Rams are looking to stay hot, as they try add on to their current 4 game win streak.

For the season, the San Diego State Aztecs are averaging 65.8 points per game, good for a rank of 283rd in the NCAA. When playing on the road, the Aztecs’ scoring average drops to 63.6. The team’s defensive performance also takes a hit when playing away from home, giving up an additional 6.0 points per game. On the other side, the Colorado State Rams are the 71st ranked scoring offense, averaging 73.8 points per game.

San Diego State takes on the Rams holding the advantage in defensive efficiency, giving up 60.0 per 70.0 (NCAA Average) compared to Colorado State at 69.0. When playing as the superior defensive unit, the Aztecs have a record of 22-7. Even though Colorado State trails San Diego State on the defensive end of the court, they enter this game holding the edge on offense. So far, the Rams are 23-4 with an edge in offensive efficiency. In these games, they hold an average scoring margin of 9.0.

For the year, the Aztecs are well below the NCAA average in percentage of points from made three-point shots, sitting at just 27.5%. On the other side, the Rams have been a very balanced scoring unit, with 31.2% of their scoring coming from downtown. In terms of efficiency, Colorado State has been the more efficient team, connecting at a rate of 36.0%, compared to San Diego State at 35.5%.

These teams split matchups this season with SDSU losing by 1 at CSU and then destroying the Rams by 20 at home. With CSU basically relying on one player to carry them (David Roddy) and playing away from their huge home court advantage in Colorado, I like SDSU to win and cover! Bet your March Madness college basketball predictions for FREE by taking advantage of a 100% REAL CASH bonus on your first deposit of $100 to $1000 at Betnow Sportsbook! It’s the best sportsbook bonus from a legit book that you’ll ever find!