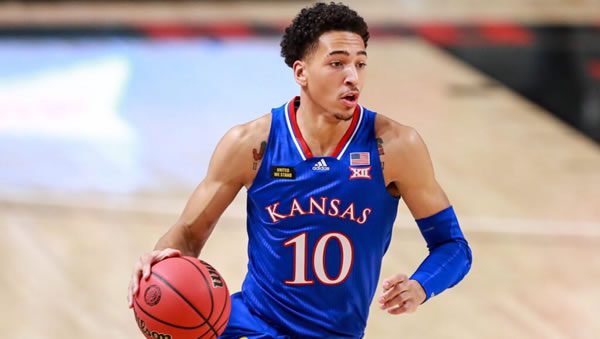 For years, this matchup has mostly been a foregone conclusion, as it is with most teams who make the trip to Allen Fieldhouse. The Jayhawks are 20-1 against the Red Raiders all-time in Lawrence, with most of those matches coming by ridiculous margins. It’s only in recent years that Texas Tech has built its program to where it can actually compete with the Jayhawks in Lawrence, as the Red Raiders have invested in basketball and seen the results mostly pay off.

But the road is where it hasn’t paid off for Texas Tech this season, as the Red Raiders have gone just 1-3 in true road games despite facing some lesser foes away. Texas Tech’s one win on the road was a victory at Baylor, but the Red Raiders also managed to get tripped up at a weak Kansas State squad. That’s been the main problem with the grinding style the Red Raiders love: when a team can handle it, what you end up with is usually a low-scoring loss.

Kansas couldn’t handle it in the first meeting, losing by eight to the Red Raiders in Lubbock. But this is what often happens with the Jayhawks when they play a good conference opponent: they struggle or lose the game on the road before blasting that team when it comes to Lawrence. Just because Texas Tech has won once is no guarantee that the Red Raiders can do it to Kansas again, and the chances are that the Jayhawks will be paying closer attention to Bryson Williams this time around.

The best news for Texas Tech is that the Red Raiders are pretty much back to full strength after playing shorthanded against the Jayhawks in the first meeting in Lubbock. Texas Tech had to face Kansas without Terrence Shannon Jr. or Kevin McCullar on the floor, but it didn’t matter because Williams had an outstanding game, going 9-for-13 from the floor and helping the Red Raiders pull off the upset of the Jayhawks.

Williams hasn’t been able to carry that momentum over as well as he’d like, as his only 20-point games have come against Kansas and Kansas State. But that could leave him in a position to serve as more of a decoy in this contest, as the Jayhawks have already seen what can happen when he becomes the main scoring threat. Regardless of Texas Tech’s strategy, one thing you can count on is the Red Raider defense to pose a stiff challenge. Texas Tech beats teams by hitting shots when it has the ball, slowing the game down, and most importantly, denying teams quality looks at the basket. Teams shoot just 37.8 percent against Texas Tech, and the Red Raiders usually don’t lose the rebounding battle against anybody. As long as Texas Tech keeps grabbing rebounds, it’s easy to see them making this a tight battle.

Kansas doesn’t usually lose the rebounding battle as badly as it did in Lubbock, but the Jayhawks couldn’t keep the Red Raiders off the glass in that game, losing that stat 34-24. More important was the fact that Ochai Agbaji had to play with foul trouble for a good chunk of the game, as he ended the contest carrying four personals. Kansas depends greatly on Agbaji and Christian Braun for scoring, especially with David McCormack still not asserting himself the way that he did a year ago. Instead, the Jayhawks have Jalen Wilson down low, and Wilson has stepped up the scoring as of late, scoring 16 or more in four of Kansas’ past five games.

But Kansas has to assert itself as a whole much more than it has in recent games, as the Jayhawks allowed Oklahoma to hang around with them and fell into a deep hole against Kansas State, only edging the Wildcats after pulling off a dramatic second-half comeback. Texas Tech is too defense-heavy to make big comebacks very likely to occur, so Kansas has to be much better from the opening tip if it hopes to land the cover in this game. The Jayhawks also have to take better care of the basketball; 17 turnovers just isn’t going to get the job done.

Texas Tech will Cover If: The Red Raiders can frustrate the Jayhawks with strong defensive play and control the glass again. Texas Tech should be able to handle the rebounds pretty well, given that the Red Raiders are now at full strength after what happened in the first meeting. They have to give a repeat performance here.

Kansas will Cover If: The Jayhawks can take care of the basketball and get Agbaji some help. Wilson has been a better option inside as of late, and the Jayhawks can change the game if they can hold their own in the paint.

Kansas isn’t doing a great job on defense as of late, and even though this number is higher than I was hoping for, I still think the Red Raiders can score enough to send this game past the total. It’s more than expected given how Kanas struggled in the first meeting, but the oddsmakers have seen this happen once before.

Texas Tech is finally back close to full strength, and it’s because of that that I’m going to ride with the Red Raiders to cover the spread. Kansas might have the home-court advantage, but Texas Tech outplayed them in Lubbock and should be better than it was down there because it’s back to having its complete team on the floor. That should matter here so that I will back Texas Tech. Note: If you got waxed (like so many did) on last weekend’s CRAZY football games, instead of re-depositing and receiving NOTHING, you may want to consider grabbing a 100% real cash bonus at MyBookie Sportsbook! Simply enter bonus code PREDICT100 on their registration page, deposit $100 to $300 and they’ll match you dollar for dollar with a 100% bonus! Click here to sign up now!