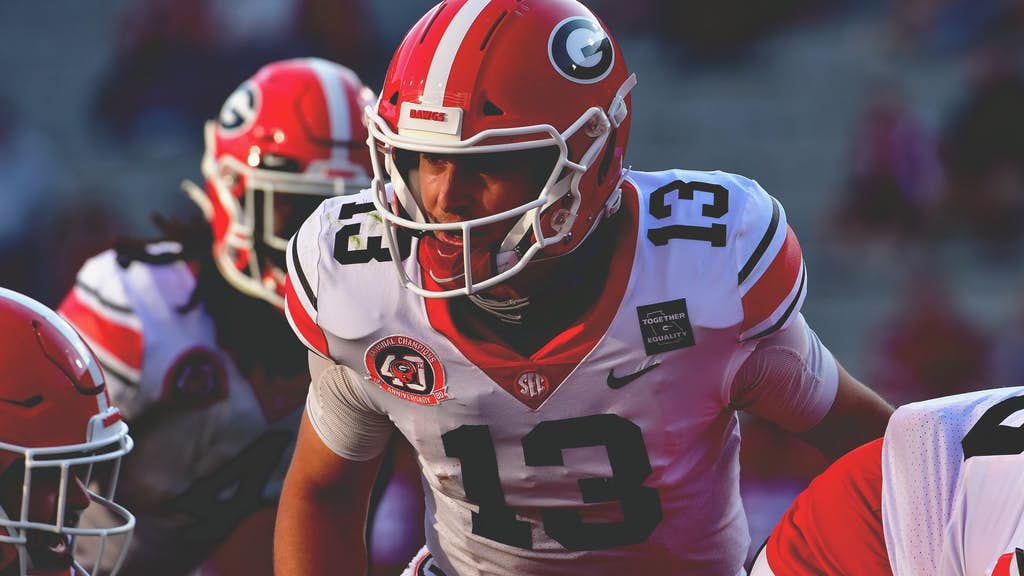 Should we call this the World’s Smallest Outdoor Cocktail Party this year? OK, it won’t be quite that small, as Jacksonville will allow 19,000 fans to enter the stadium, but that’s a far cry from the 67,000 plus that usually make their way to northern Florida for this rivalry game.

Regardless of the crowd size in this game, this game is going to come down to a case of strength on strength. Georgia’s defense has been the most feared unit in the SEC, with the exception of Alabama’s offense, which is the one group that was actually able to move the ball against the Bulldogs. But the Bulldogs have really struggled to move the ball, putting up just 14 points against Kentucky.

That probably won’t fly against Florida, which has been dominant on offense this season, putting up 42 points a game behind Kyle Trask’s passing attack. But the Gators have had major problems getting past Kirby Smart’s defense ever since the coach arrived in Athens, scoring 17 points or less in each of the past three meetings in Jacksonville. The Gators closed the gap last year in a seven-point loss, but they still couldn’t figure out the Georgia defense, scoring 17 points again and watching Georgia do just enough to get its third straight victory in the series. A Florida class hasn’t graduated without seeing a win over Georgia since 1983; can the Gators finally break through and take control of the SEC East, or do the Bulldogs still own this rivalry?

How the Public is Betting the Florida/Georgia Game

Fifty-five percent of the tickets have come in on the Gators, but that wasn’t enough to move the line in the early betting. That could shift the line toward the Gators, but at this point, it’s stayed unchanged. All that’s changed is the total, which has ticked up a point from 52.5 to 53.5.

Florida is the SEC’s version of Texas: a pass-happy team that has a virtually nonexistent running game. To date, Kyle Trask has made the lack of a ground game a non-factor, as he’s made the Gators’ passing attack one of the most lethal in the SEC. The Gators average 42 points per game and have thrown for 342 yards per game, and with Trask tossing 18 touchdowns against just two interceptions, the Gators are a genuine threat to score whenever they touch the ball.

Florida’s problem is that they can’t really defend a lead all that well, as the Gators can’t move the ball on the ground at all. That cost the Gators in the loss to
Texas A&M, as they couldn’t keep the clock moving and eventually left the Aggies with too much time to attack their defense. Georgia’s defense held Trask to just two touchdowns last year and forced the Gators to beat them on the ground, which Florida was unable to do for the third straight season.

With so little threat from the ground game, Florida has to get Kyle Pitts and Kadarius Toney free early and often. If the Gators are slinging the ball around, Georgia won’t be able to keep up. If the Bulldogs can step up the defense and force the Gators into empty possessions, they’ll have the edge.

There’s no doubt about what the Dawgs have to do here: get better play out of Stetson Bennett and let the defense do the rest. Quite frankly, the Georgia quarterback is not playing well at the moment and has turned the ball
over five times in the past two games. That proved a death sentence against Alabama, and the same would have happened against Kentucky as well if the Wildcats could play anything that resembled offense.

Against Florida, the same thing simply cannot happen. The Gators are too effective on offense for Georgia to hand over free possessions, especially when they can score from just about anywhere on the field. The Bulldogs have been able to trust their defense to bail Bennett out to this point, but the hard reality is that he has to at least not lose the game for Georgia in a contest like this. Truth be told, he probably has to win the game, which means being on the same page as Kearis Jackson from the beginning of the contest. The one thing Georgia cannot do in this game is give Florida a free possession because of a missed read or other mistakes. If the Bulldogs fall behind, it will be very difficult for the offense to bring them back.

Backing the team expected to win has been a winning strategy in Jacksonville as of late, as the favorite has covered in five consecutive matchups. What’s tended to happen in recent years is that Georgia has won a fairly comfortable victory, as it’s only been last year that the Gators have really belonged on the same field over the past three seasons. Because Georgia’s defense is so strong, the under has also been an excellent bet, hitting in six of the past nine meetings with a push.

For whatever reason, Kirby Smart and the Bulldogs just seem completely comfortable playing at a neutral site, as they have managed to cover in nine of their past 11 games held at a neutral site. On the other hand, Florida has really struggled in neutral-site games, in large part because their opponent for half of those games has been Georgia. The Gators have covered just once in their past seven at a neutral site, whether that’s been a season kickoff, a bowl game, or Jacksonville.

It should be a warm, cloudy day in Jacksonville, with temperatures pushing 80 degrees and wind potentially playing a large role. The wind is expected to blow east-northeast at 15 miles an hour, which could affect the kicking and passing game.

Florida keeps believing it’s back, but I have a hard time believing that a team with no ground game
can possibly cover its number against the likes of Georgia. The Gators have struggled for three straight seasons against this Bulldog defense, and the only way I can see them changing that is if their own defense forces an early mistake and allows the Gators to frustrate and tire out the Georgia defense.

I don’t think that’s going to happen here. I’ll go with Georgia and the under here. Bet this game for FREE by taking advantage of a massive 100% real cash bonus offer of $100 to $1000 at Betnow Sportsbook! How this works: You deposit say five hundred bucks and they’ll match it with another $500! The ultimate bankroll booster! Click here to sign up now!