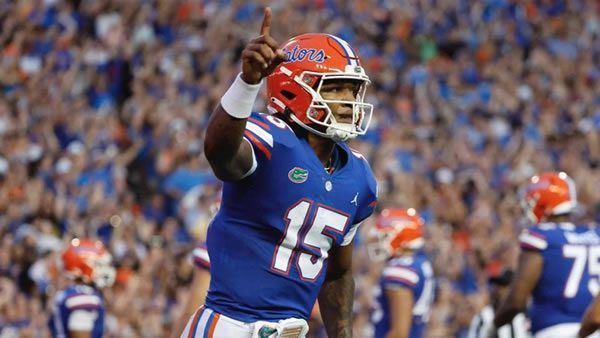 In their last game, the Seminoles are coming off a 41-16 win over Georgia Tech. In addition,
they added an ATS win, as they were 24.0 favorites on the spread. In the win, Florida State
completed 61.5% of their 39 passes, 3 of which resulted in touchdowns. The team ended the game
with 2 rushing touchdowns, along with a total of 246 yards on the ground.

So far, quarterback Jordan Travis has a passer rating of 104.87 while completing 146 of his
235 attempts. Currently, he has a total of 2057 passing yards. Receiver Johnny Wilson heads into
the game, as the team’s leader in receiving yards, with a total of 603. The Seminoles have turned
to running back Treshaun Ward a total of 72 times for a total of 488 rushing yards.

In their previous game, the Hurricanes picked up a 14-12 home win over Virginia. This was an
impressive victory as they were also the 3.0-point underdogs. Miami ended the game with a total
of 125 passing yards on 32 attempts. However, they did not find the endzone. In the rushing game,
the Hurricanes did not find the endzone, while finishing with a total of 147 yards on the
ground.

Heading into the matchup, Tyler Van Dyke has an overall passer rating of 93.1 on a total of
1737 yards. Thus far, he has thrown for 10 touchdowns and 4 interceptions. But, leading up to the
game, he is listed as questionable on the injury report (Upper Body). Wide receiver Colbie Young,
has come up with the most production for the team, with a total of 326 receiving yards. In the
run game, Henry Parrish Jr. has accumulated 554 on 113 attempts to lead the team.

Across their 5 previous road games, Florida State, has an ATS mark of 4-1-0. Their straight-up
record in these matchups was 2-3-0 while averaging 23.8 points per game.

Over their last 10 games, the Hurricanes have covered the spread at a rate of 60.0%. In these
games, they posted a straight-up mark of 6-4-0. Their last 10 over-under record comes in at
4-6-0. Miami has a positive scoring differential in these games, averaging 30.4 points per game
and allowing 21.6.

When looking at their past 5 home matchups, Miami has an ATS record of 1-4-0 while averaging
35.2 per game. The team went 2-3-0 overall in these games.

Heading into the game, the Seminoles are ranked 48th in points per game.

In order for the Seminoles to find success on offense this week, they will have to continue
converting third downs at a high rate as they are currently 20th in college football at 48.0%.
However, they will need to be on top of their game vs one of the NCAA’s top-scoring defenses.

Although the Seminoles have turned to the passing attack at a below-average rate this season,
they have an opportunity to find success through the air vs a Miami defense allowing teams to
complete passes at a rate of 62.61%.

So far, the Florida State offense is 18th in yards per game, despite handing the ball off an
average of 37.12 times per contest (57th). This week, the Seminoles will be facing a Miami
defense that is ranked 27th in rush yards allowed per game. So far, they are averaging 206.0
yards per game when facing top 25 rush defenses.

Heading into this week’s matchup, the Hurricanes will look to improve their offensive output,
as they are ranked just 75th in the NCAA in points scored and are matched up with a Florida State
defense that is allowing an average of 21.88 points per game.

So far, the Miami offense is averaging just 132.25 yards per game on the ground. This
production has come on an average of 35.75 rush attempts per game (70th). This week, the
Hurricanes will be facing a Florida State defense that is ranked 95th in rush yards allowed per
game. So far, they are averaging 126.29 yards per game when facing defenses ranked outside the
top 50.

Hurricanes +8.5. Bet your favorite teams with a free half point and get a 125% real cash bonus up to $125 at GTBets Sportsbook. Must use bonus code PREDICTEM when you signup/deposit!