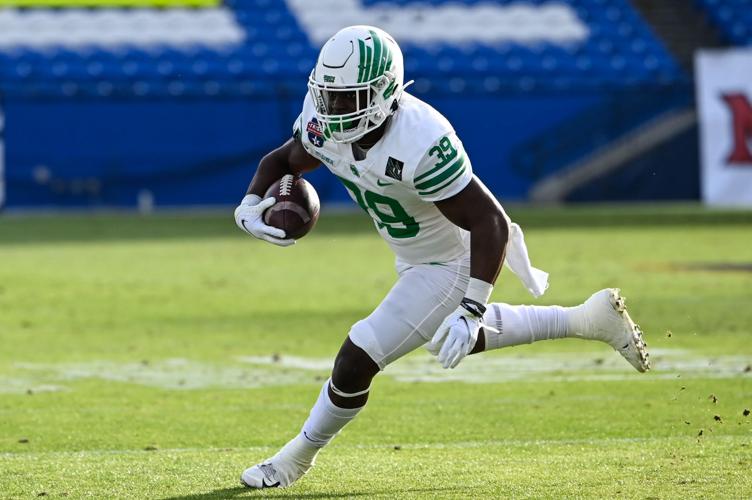 Point Spread: Mean Green +8/Roadrunners -8 (STOP betting on games at -110 odds! You’re wasting your hard earned money! Start risking only -105 TODAY at BAS Sportsbook! You’ll be so glad you made the switch!)

The Mean Green finished last season with an overall record of 7-5. In their 8 Conference USA games, they went 6-2. This season, the Mean Green have been favored in 4 games while posting an ATS mark of 7-4-0. Their average over-under betting line is 58.8 leading to an over-under record of 6-5-0.

In their most recent game, the Mean Green defeated Rice by a score of 21-17. But, they were unable to grab the ATS win, as their four was not enough to cover the spread. In the game, North Texas finished with two touchdowns through the air while throwing for 203 yards. On the ground, the team ended with one rushing touchdown while averaging 5.3 yards per carry for a total of 159 yards.

So far, the Roadrunners not only had a strong overall record (10-2), but they also played well in Conference USA play, going 8-0. This season, the Roadrunners have been favored in 9 games while posting an ATS mark of 6-5-0. Their average over-under betting line is 56.67 leading to an over-under record of 6-5-0.

In their previous game, UTSA knocked off UTEP by a score of 34-31. However, despite the road win, the Roadrunners did not cover the spread, as they were 16.5-point favorites. In the win, UTSA completed 66.7 of their 24 passes, 3 of which resulted in touchdowns. In the rushing game, the Roadrunners did not find the endzone, while finishing with a total of 76 yards on the ground.

Heading into the matchup, Frank Harris has an overall passer rating of 113.1 on a total of 3524 yards. Thus far, he has thrown for 27 touchdowns and seven interceptions. Through the air, the team will be looking for a big game from leading receiver Zakhari Franklin. On the season, he has caught 76 for 956 yards. The top option in the run game for the team is Brenden Brady, who has carried the ball 156 times for a total of 699 yards.

Across the Mean Green’s last five road games, the team averaged 29.8 points per game while allowing 37.4. Their record vs. the spread in these contests was 3-2-0, while going 1-4-0 straight-up.

Over the Roadrunners’ last ten games, they have a strong record of 9-1-0 while also going 4-6-0 against the spread. Their last ten over-under record comes in at 5-5-0. UTSA has a positive scoring differential in these games, averaging 37.9 points per game and allowing 24.3.

Across their last five home contests, UTSA has been good against the spread posting a mark of 1-4-0. Their overall mark in these games was 5-0-0, averaging 39.8 points per game.

More Picks: Get Friday’s recommended bet on the North Texas vs. UTSA game

So far, the Mean Green are averaging 34.5 points per game on offense, which is good for 25th most in college football. This week they are matched up against a UTSA defensive unit allowing 26.5 points per contest.

Although the Mean Green have turned to the passing attack at a below-average rate this season, they have an opportunity to find success through the air vs. a UTSA defense allowing teams to complete passes at a rate of 62.75%.

On the ground, the North Texas offense is averaging 204.17 yards per game, good for 22nd in the country. This has come while ranking 50th in attempts at 38.42 per game. The Mean Green will face a UTSA defense ranked 61st in rush yards allowed per game. This year, they have averaged 213.45 yards per game when facing defenses ranked outside the top 50.

So far, the Roadrunners are averaging 37.92 points per game on offense, which is good for the 13th most in college football. The Roadrunners head into this week’s matchup with an excellent opportunity vs. a North Texas defense allowing just 30.08 points per game. UTSA must continue to move the chains with a high rate of success, as they are among the NCAA leaders in converting on 3rd downs.

One aspect of the game that could benefit a UTSA offense that struggles to generate big plays in the passing attack is that they are facing off a North Texas defense that has yet to generate a lot of pressure on opposing quarterbacks. So far, the Mean Green are just 91st in sacks per game.

This season, the UTSA offense has struggled in the run game, averaging just 173.33 yards per game on the ground. In terms of attempts, they rank 48th in the NCAA at 38.67 per contest. This week, the Roadrunners will be facing a North Texas defense that is ranked 139th in rush yards allowed per game. So far, they are averaging 177.4 yards per game when facing defenses ranked outside the top 50.

In their earlier meeting the Mean Green had a lead late in the game before the Roadrunners got the winning score with 15 seconds remaining. There is no reason to think that North Texas can’t give them all they can handle again this time around. Take the points. Bet your Week 14 NCAA football picks for FREE by scoring a massive 125% real cash bonus AND get a free half point everytime you bet your favorite team when you use bonus code PREDICTEM while registering for a football betting account at GTBets Sportsbook!