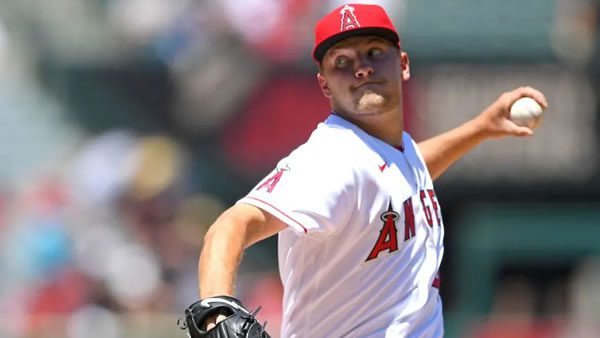 The Cleveland Guardians host the Los Angeles Angels on Monday September 12th at Progressive Field. The first pitch in this matchup is scheduled for 06:10 ET. The MLB Odds Board places Cleveland as the favorite (-140), with an OU line set at 8.5.

The Angels come into this matchup having suffered an 8-run loss to Houston (12-4). On their way to giving up 12 runs, the Angels staff allowed 12 hits. Offensively, they finished with just 4 runs on 11 hits. The loss came as Los Angeles was the betting underdog, getting 220.0 on the moneyline. Together, the Angels and Houston combined to surpass the over-under betting line set at 8.0 runs. Games involving the Angels have stayed below the over-under line more than half of the time, at 60-68-12.

Over the Angels’ last 5 contests, they have a record of just 2-3. In this rough stretch of games, the team’s run differential comes in at -4. However, the team’s offense isn’t to blame, as they are averaging 4.4 runs per game (last 5) compared to their season average of 3.84. Los Angeles’s overall series record is just 17-23-4.

Cleveland is coming off a 3-run win over the Twins (4-1). In the win, the pitching staff allowed just 1 run on 5 hits. At the plate, the Guardians only came through for 4 runs on 10 hits. In the game, Cleveland was able to take care of business as they were the favorite at -140.0. For the season, the team has been favored in 73 games, winning at a rate of 60.0%. With this result, the Guardians and Twins combined to fall below the over-under line of 7.5 runs. Now, Cleveland had an over-under record of 60-70-8.

Across their last 5 contests, the Guardians are above .500, going 4-1. Their recent success is backed by an average scoring margin of +8 (last 5). Cleveland is still playing winning baseball, even with their offense averaging just 4.4 runs per game, compared to a season-long mark of 4.17. On the season, Cleveland has won more than half of their series, going 20-14-10.

Reid Detmers gets the start for the Angels, with an overall record of 5-5. To date, Detmers has an ERA of 3.5 while lasting an average of 5.14 innings per appearance. Across his previous outings, opponents are batting 0.224 against Detmers. Detmers is giving up home runs at a rate similar to the league average, allowing 1.08 per 9 innings. Per game, Reid Detmers is averaging 5.0, on a strikeout percentage of 24.0%. Command has been a problem for Detmers, as he is giving up 3.5 walks per outing.

The Cleveland Guardians will send Konnor Pilkington to the mound with an overall record of 1-2. Pilkington gets the start with an ERA of 3.99. On average, he has lasted 3.62 innings per appearance. Compared to other starters, the right-hander has a high BA allowed of 0.261. Throughout the season, Pilkington has done a good job at limiting home runs, allowing 0.76 per 9 innings. Up to this point, Pilkington has a strikeout percentage of just 19.0% and a per-game average of 3.15. Command has been a problem for Pilkington, as he is giving up 5.13 walks per outing.

Today’s matchup between the Los Angeles Angels and Cleveland Guardians will be their 5th meeting of the season. Los Angeles has the lead in the series at 4-0. The over-under record in this series sits at 1-3. The average run total in these games is 7.67 runs per game. In these matchups, the average scoring differential sits at 3.25 runs. Dating back to last season, Cleveland picked up 5 wins compared to 1, taking the season series. In these 6 meetings, the two teams combined for an over-under record of 3-3. Last year, the Angels and Guardians averaged 7.67 runs per game. On average, the winning team won by a margin of 3.33 runs per contest.

Heading into Monday’s American League matchup between Los Angeles and Cleveland, the over-under is set at 8.5 runs. I recommend taking the over, as both teams should have above-average nights at the plate with Reid Detmer and Konnor Pilkington on the mound.