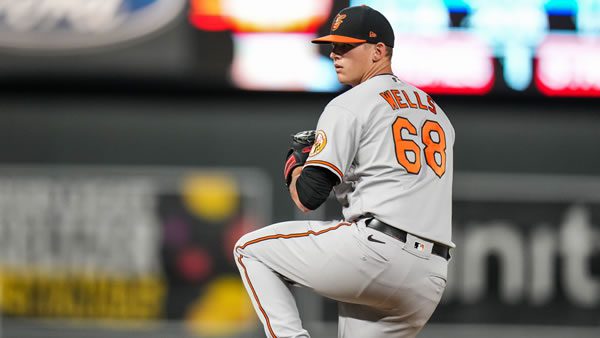 The Baltimore Orioles host the Los Angeles Angels on Friday, July 8th at Oriole Park at Camden Yards. The first pitch in this matchup is scheduled for 07:05 ET. The MLB Odds Board places Baltimore as the favorite (-160), with an OU line set at 8.5.

The Angels come into this matchup having suffered a 3-run loss to the Orioles (4-1). In the losing effort, the pitching staff still held the Orioles to just 1 run on 8 hits. On offense, the Angels finished with 1 run on 6 hits. The loss came as Los Angeles was the betting underdog, getting 220.0 on the moneyline. Together, the Angels and Orioles stayed below the over-under line set at 7.5 runs. Even after this game, Los Angeles’s overall over-under record sits at 40-39-3.

The Angels come into this game with a 3-2 record over their last 5 contests. Over this stretch, the team has a positive run differential at +3. Los Angeles has put together this record, despite averaging just 3.4 runs per game, compared their season average of 4.38. Los Angeles’s overall series record is just 11-13-3.

Baltimore will look to keep things rolling in today’s game, as they most recently took down Angels by 3 runs 4-1. In the winning effort, the team’s pitchers held the Angels to 2 runs and 6 hits. The Orioles’ offense ended the game with just 4 runs on 8 hits. Baltimore picked up the win while being favored at -220.0. So far, the team has won 64.0% of the games in which they were favored. With this result, the Orioles and Angels combined to fall below the over-under line of 8.5 runs. Now, Baltimore had an over-under record of 31-43-7.

In their last 5 games, the Orioles have put together a record of 4-1. During this time, the team’s run differential sits at +12. Baltimore has benefited from strong pitching, as their offense has slipped in their last 5 games, averaging just 4.8 runs per game. Their overall average sits at 5.00. On the season, Baltimore has won more than half of their series, going 12-11-4.

Los Angeles will roll with Michael Lorenzen (6-6) as their starter. To date, Lorenzen has an ERA of 4.94 while lasting an average of 5.46 innings per appearance. Compared to other starters, the right-hander has a high BA allowed, currently sitting at 0.245. Opposing batters are hitting for power at a below-average rate against Lorenzen, as he is allowing just 1.01 per 9 innings. Overall, he is averaging 4.23 per game, on a K rate of 18.0%. In his previous outings, walks have been an issue, as Lorenzen is averaging 3.8 free passes per outing.

The Baltimore Orioles will send Tyler Wells to the mound with an overall record of 7-4. In his previous outings, Wells has lasted an average of 4.7 innings, putting together an ERA of just 3.09. Hits have been hard to come by against the right-hander, as his batting average allowed is just 0.213. Per 9 innings pitched, Wells is giving up 1.08 home runs. Wells’s current strikeout average is 3.12 per game. This includes a K rate of 17.0%. Throughout the season, Wells has avoided walking batters, allowing just 2.02 per contest.

For the season, the Los Angeles Angels and Baltimore Orioles will be playing their 5th game of the season. Baltimore holds the edge in the series at 3-1. The over-under record in this series sits at 2-2. The average run total in these games is 13.83 runs per game. The averge scoring margin in these meetings is 1.75 runs. Going back to last year, Los Angeles won the season series, 4 games to 2. In these 6 meetings, the two teams combined for an over-under record of 5-1. Last year, the Angels and Orioles averaged 13.83 runs per game. On average, the winning team won by a margin of 4.5 runs per contest.

Heading into Friday’s matchup between Los Angeles and Baltimore, the Orioles are favored to pick up another win. This comes as Tyler Wells looks to continue his outstanding stretch on the mound. Baltimore has won 5 straight games with Wells as the starter, with the right-hander picking up the win in each contest. I see this streak continuing and recommend Baltimore on the moneyline.

Free MLB Pick: Orioles Moneyline. Note: Picking winners isn’t the only important variable to consider when trying to win at baseball betting, or any sport for that matter. Getting the best line and the best price is SUPER important! Not all sportsbooks are created equal! Dump your overpriced bookie TODAY and start betting on baseball at reduced odds and football/basketball at -105 instead of -110 at BetAnySports! We’ve advertised them for over 10 years with ZERO complaints! You’ll save TONS of unnecessary risked money! Click here to start saving money today that you could be using to buy beer or make more bets!