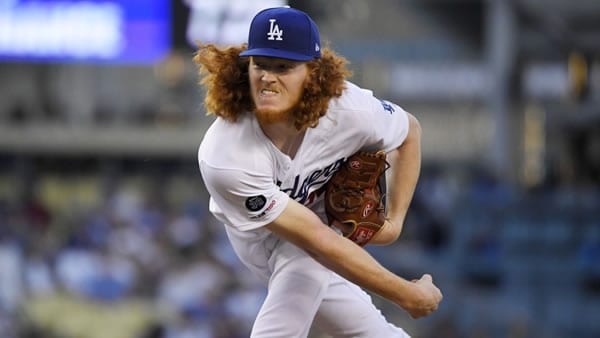 The Miami Marlins come into the game having dropped last night’s matchup with LA by a score 2-1. In the matchup, Miami scored 1 run on 5 hits. They were able to keep things close, despite being the heavy underdog, getting +330 on the moneyline. The Marlins have won just 3 of their past 10 games. On the road, the team is 54-65.

The Los Angeles Dodgers head into the game, looking to pick up another win as they took down Miami 2-1. The Dodgers have gone 41-15 at home this season. This includes going 35-21 ATS. Over their last 10 games, Los Angeles has put together a mark of 7-3.

Miami will roll with Braxton Garrett (2-6) as their starter. So far, Garrett has put together an ERA of 3.67. In his appearances leading up to today, he has lasted an average of 5.25 innings. Opposing teams have hit the ball well against the left-hander, with a batting average of 0.249. So far, Garrett has managed to keep the ball in the ballpark, allowing just 0.92 home runs per 9 innings. On the season, Braxton Garrett has had no problem racking up strikeouts, posting a strikeout percentage of 24.0%. This includes a per game average of 5.46 K’s per game. Throughout the season, Garrett has avoided walking batters, allowing just 2.23 per contest.

The Los Angeles Dodgers are looking forward to the return of Dustin May from an elbow injury. May will be making his first appearance of the season. Last year, he went 1-1 with a 2.74 ERA before his season was cut short by injury. Look for LA to be careful with May, and turn to the bullpen quckly.

Today’s matchup between the Miami Marlins and Los Angeles Dodgers will be their 2nd meeting of the season. Currently, Los Angeles is winning the season series 1-0. Through 1 game, the series’ over-under record is 0-1, with the average run total sitting at 8.71 runs per game. In these matchups, the average scoring differential sits at 1.0 runs. Last season, Miami picked up the series win, 4 games to 3. In these 7 meetings, the two teams combined for an over-under record of 3-3. Last year, the Marlins and Dodgers averaged 8.71 runs per game. The average scoring differential in this series was 3.0 runs per game.

Heading into Saturday’s matchup between Miami and Los Angeles, the Marlins have an excellent opportunity to pull off the upset, as the Dodgers figure to rely heavily on their bullpen. Dustin May is making his first appearance of the season as he was recovering from elbow surgery. I like Miami to pull off the upset.

Free MLB Pick: Marlins Moneyline. NEW! Get a massive 125% real cash bonus up to $400 in free bets and a free point every time you bet your favorite basketball or football team when you use bonus code PREDICTEM at GTBets Sportsbook!