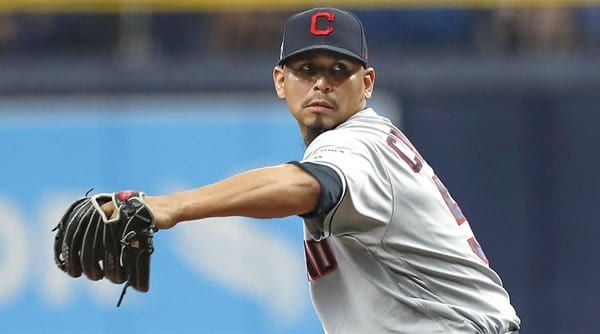 The last time the Brewers ventured into Ohio, three of their four games ended with the under hitting, and the fourth snuck over the total by half a run…and that was only because the total was a laughable 6.5. That’s because the Brewers are one of the worst hitting teams in baseball, and Cincinnati isn’t any better, with the teams combining to score 24 runs in a four-game series.

Well, Cleveland is every bit as bad at the plate as Cincinnati, hitting a mere .229 at the dish to the Reds’ .215. With the Brewers still struggling to stay above the Mendoza Line at .214, this has all the makings of another very low-scoring series. The Brewers are also sending the right guy to the mound to keep it low-scoring, as the total has gone under or pushed in five of Corbin Burnes’ past six starts. The one exception was his most recent start against Pittsburgh, and that only went over because the Brewers gave him run support, scoring nine against the Bucs.

Burnes hasn’t allowed more than three runs in any of his past seven starts and has recorded six no-decisions and a win, and with Cleveland continuing to struggle to hit, taking either the Brewers +0.5 for the first five innings or going under 4.5 runs in the first five makes a lot of sense.

The One to Fear

Here’s another excellent reason to look strongly at the under: Milwaukee has really struggled against Carlos Carrasco. The Indians’ hurler has faced the Brewers twice in his career and has won both starts, owning a 1.69 ERA and 0.94 WHIP lifetime against Milwaukee. Obviously, that isn’t a big sample size, but neither is the 2020 season, where Carrasco has mostly pitched pretty well. However, the Indians have yo-yoed back and forth with giving him the run support he needs, as Cleveland is 4-3 in Carrasco’s starts and doesn’t have either consecutive wins or consecutive losses yet in his seven starts.

He was brilliant in his last start at St. Louis, but he struggled a bit in his most recent home starts. He’s lost his past two at Progressive Field to the Cubs and the Tigers, and the over managed to hit on both occasions.

Both teams are really going to be feeling the pressure in this one, as both are trying to nail down their spots in the postseason. The Indians already know that they’re going to be in the playoffs unless something weird happens, as they currently have a 99.4 percent chance to qualify thanks to the American League being split into eight haves and seven have-nots. Cleveland’s concern is Chicago, as the White Sox are just half a game back and will come to Cleveland in two weeks for a series that could decide the AL Central title.

Milwaukee, on the other hand, just wants to get in the postseason. The Brewers probably aren’t catching the Cubs, but they’re only a game back of the Cardinals and still have a good shot at qualifying for the playoffs if they can string some wins together. As of this writing, Milwaukee sits a game behind Colorado for the eighth and final playoff spot, and they still have ten games left with the COVID Cardinals that will make or break their season. Getting a win or two in Cleveland would go a long way toward getting them in the postseason.

This should be an excellent night for baseball, with temperatures at 72 degrees and the wind blowing toward the first-base line at 10 miles an hour heading west.

The Indians have had a real problem with starting a new series, as they’ve dropped their past three series openers at home. With that and Carrasco’s pattern working against Cleveland here, I think now’s a good time to take a chance on a live dog here. I’m going to back the Brewers along with the under. Bet your MLB picks FREE this week by depositing $300 at MyBookie (<- see our review) and they’ll give you an extra 300 bucks to bet with! You must be a new client and sign up through this special link to get the bonus credited.