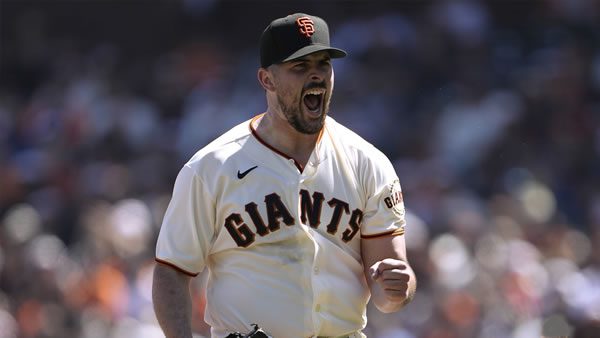 The San Francisco Giants host the Atlanta Braves on Wednesday, September 14th at Oracle Park. The first pitch in this matchup is scheduled for 03:45 ET. The MLB Odds Board places Atlanta as the favorite (-115), with an OU line set at 7.5.

In Atlanta’s last game vs the SF Giants, the Braves came away with a 5-1 win. On their way to the victory, the pitching staff gave up 1 run on 10 hits. The Braves benefited from an offense that generated 5 runs on 10 hits. In the matchup, Atlanta was favored at -160.0 on the moneyline. So far, the team has been the favorite in 120 of their games, winning at a rate of 69.0%. Together, the Braves and SF Giants stayed below the over-under line set at 8.0 runs. Atlanta games have still surpassed the over-under line more than half of the time, at 72-62-8.

In their last 5 games, the Braves are below .500, at 2-3. However, they have still put together a positive run differential of +2 (last 5). A key reason for Atlanta’s recent struggles is an offense averaging just 4.2 runs per game over their last 5 contests, compared to a season average of 4.96. So far, Atlanta has won over half of their 45 series played, going 24-14-7.

San Francisco is coming off a 4-run loss to the Braves. Dropping the game 5-1. On their way to giving up 5 runs, the Giants staff allowed 10 hits. With their 10 hits, the Giants could only plate 1 runner. This loss came as no surprise, as San Francisco came into the game as the underdog, getting 145.0. In their 43 games as the underdog, their straight-up win percentage sits at 28%. Combined, the Giants and Braves’ run total fell below the over-under line of 8.0 runs. With this outcome, the team’s over-under record drops back to even at 67-67-8.

The Atlanta Braves will send Charlie Morton to the mound with an overall record of 8-5. So far, Morton has put together an ERA of 4.09. In his appearances leading up to today, he has lasted an average of 5.63 innings. Through 27 outings, opposing teams have combined for a batting average of 0.225. Despite a strong batting average allowed, Morton is prone to giving up home runs, averaging 1.42 homers per 9 innings pitched. Per game, Charlie Morton is averaging 6.67 strikeouts. In his previous outings, walks have been an issue, as Morton is averaging 3.2 free passes per outing.

The San Francisco Giants will send Carlos Rodón to the mound with an overall record of 12-8. Through 28 appearances, Rodón has an ERA of just 2.93 while averaging 5.79 innings per appearance. Hits have been hard to come by against the right-hander, as his batting average allowed is just 0.206. Not only does Rodón have a strong batting average allowed, but he has also avoided giving up home runs. In his previous outings, opponents are averaging just 0.61 home runs allowed per 9 innings. On the season, Carlos Rodón has had no problem racking up strikeouts, posting a strikeout percentage of 32.0%. This has led to an average of 7.57 K’s per game. Rodón comes into the game hoping to improve his walk numbers, as he is averaging 2.66 free passes per outing.

For the season, the Atlanta Braves and San Francisco Giants will be playing their 7th game of the season. So far, Atlanta is leading the season series, 4-2. The over-under record in this series sits at 2-4. The average run total in these games is 6.83 runs per game. In these matchups, the average scoring differential sits at 1.67 runs. Last year, the team split the season series at 3-3. In these 6 meetings, the two teams combined for an over-under record of 2-3. Last year, the Braves and Giants averaged 6.83 runs per game. On average, the winning team won by a margin of 3.5 runs per contest.

More Picks: Get our Oakland at Texas recommended bet for 9/14/22

Heading into Wednesday’s matchup between Atlanta and San Francisco, the Braves have a slight edge on the moneyline. Even though the Giants’ bats are prone to inconsistency, look for them to pull out a win as Charlie Morton has also been up and down all season. I like San Francisco on the moneyline.

Free MLB Pick: Giants Moneyline. Bet your baseball picks for FREE this week by taking advantage of a 100% real cash bonus when you use bonus code PREDICTEM at Betnow Sportsbook!