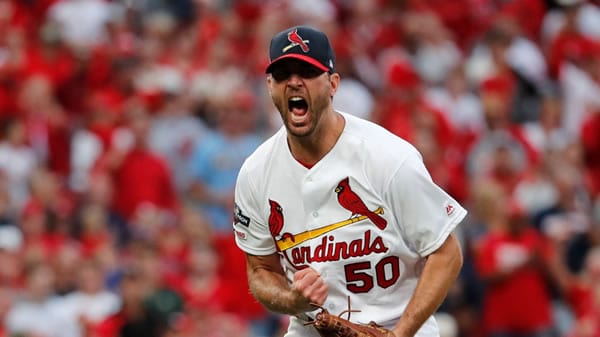 The Cincinnati Reds host the St. Louis Cardinals on Friday, July 22nd, at Great American Ball Park. The first pitch in this matchup is scheduled for 06:40 ET. The MLB Odds Board places Cincinnati as the favorite (OFF), with an OU line set at OFF.

In St. Louis’s last game vs the Reds, the Cardinals came away with a 11-3 win. On their way to the victory, the pitching staff gave up 3 runs on 4 hits. The Cardinals lineup had a good night at the plate, coming up with 12 hits, leading to 11 runs. In the matchup, St. Louis was favored at -175.0 on the moneyline. Through 52 games as the favorite, the team has found the win column at a rate of 67.0%. Together, the Cardinals and Reds combined to surpass the over-under betting line set at 8.5 runs. On the season, St. Louis’s over-under record is 44-46-4.

The Cardinals come into this game with a 3-2 record over their last 5 contests. During this time, they have an average scoring differential of +8. A key to their recent success has been an offense averaging 6.2 runs per game, compared to their season average of 4.59. So far, St. Louis has won over half of their 29 series played, going 13-9-7.

Cincinnati is coming off an 8-run loss to the Cardinals. Dropping the game 11-3. In the game, the team’s pitching staff allowed a total of 12 hits, leading to 11 runs. With their 4 hits, the Reds could only plate 3 runners. Leading into Cincinnati’s loss they were the underdogs, getting 145.0 on the moneyline. In their 69 games as the underdog, their straight-up win percentage sits at 38.0%. The Reds and Cardinals went over the run total line set at 8.5 runs. For the season, the team’s over-under record is 50-40-1.

The Reds come into today’s game looking to turn things around, as they are just 2-3 over their last 5 games. This recent slump is backed by a scoring margin of -11 over their last 5 games. In their 5 most recent contests, the team is scoring at a rate of 4.6 runs per game, similar to their season long average of 4.29. Cincinnati has a below .500 series record of just 8-16-6.

The Cincinnati Reds will send Graham Ashcraft to the mound with an overall record of 4-2. Ashcraft gets the start with an ERA of 4.45. On average, he has lasted 5.42 innings per appearance. Compared to other starters, the right-hander has a high BA allowed of 0.277. So far, Ashcraft has managed to keep the ball in the ballpark, allowing just 0.83 home runs per 9 innings. In terms of strikeouts, Ashcraft is averaging just 3.2 K’s per game. So far, he has struck out 13.0% of the batters he has faced. Ashcraft has done a good job at limiting walks, averaging just 1.98 per contest.

For the season, the St. Louis Cardinals and Cincinnati Reds will be playing their 9th game of the season. So far, St. Louis is leading the season series, 6-2. Through 8 games, the series’ over-under record is 4-4, with the average run total sitting at 9.53 runs per game. The averge scoring margin in these meetings is 3.25 runs. Dating back to last season, Cincinnati picked up 10 wins compared to 9, taking the season series. The over-under record in last year’s matchups was 11-7, with the average run total being 9.53 runs per game. On average, the winning team won by a margin of 3.11 runs per contest.

Heading into Friday’s NL Central matchup between St. Louis and Cincinnati, the Cardinals have the edge on the moneyline. Red starter Graham Ashcraft’s pitching numbers have been on a steady incline, as his ERA has gone from 1.14 in early June to his current figure of 4.45. Look for the Cardinals to come away with the win, as Adam Wainwright is putting together another outstanding season.

Free MLB Pick: Cardinals Moneyline. Bet your Cards vs. Reds prediction and ALL your baseball wagers for FREE this week by taking advantage of a 100% real cash bonus on your first deposit of $45 to $300 when you use bonus promo code PREDICT100 at MyBookie Sportsbook!