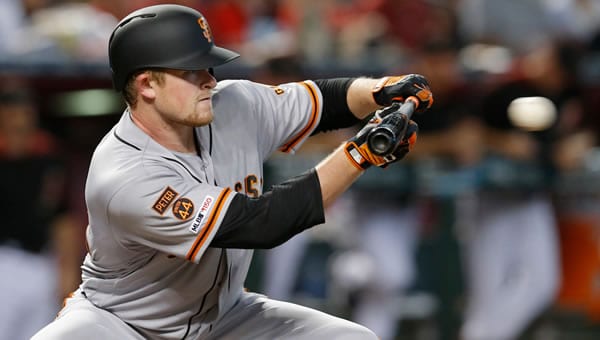 All Hands On Deck

This is for everything between the rivals, so expect both starters to have a quick hook in this one. Urias and Webb have both been excellent for their respective teams. But, this is a situation where the season is over for the loser. So, if either man doesn’t have his best stuff, their team is heading to the bullpen at the first sign of trouble.

That might be mitigated slightly in this matchup because of the need for the pitcher to bat in the National League, but betting on props in this game is a fool’s errand because of this. Don’t treat this as a normal game because neither manager will. Instead, this is the kind of game to either live bet or stick with nothing but the moneyline or the total. I wouldn’t even worry about the first-five bet in this one because there’s no way to know how aggressive each team is going to be with its starter.

Counting on the Offense

So far, betting this series has gone one of two ways: taking the Giants and the under or the Dodgers and the over. San Francisco did not give up a run in its two wins, but the Dodgers plated 16 in their two victories, including nine in their victory over the Giants in Game 2 with Urias on the mound. In fact, each time Urias has taken the mound as of late, he’s been almost certain to be able to count on his offense to come through.

In his past ten starts, the Dodgers have given Urias at least five runs of support on eight occasions, with the other two being a pair of 3-0 shutouts against the Diamondbacks and Padres. Urias has been the winning pitcher eight times in that stretch, as he’s usually paired a strong showing from his offense with a solid performance on the hill.
Most of those starts have gone under, but that’s also because the Dodgers were expected to put up big numbers. With Logan Webb on the mound, the expectations have been tempered a bit, which could make this a prime spot for a third consecutive under to cash with Urias pitching.

For the Dodgers to keep their season alive and keep pursuing a second-straight World Series title, they’re going to have to do something that nobody has done all season: beat Logan Webb at Oracle Park.

Webb is 6-0 in San Francisco for the year and boasts a 1.96 ERA, a full two runs lower than his ERA away from home. Not only is the pitcher perfect in his home park, but the Giants haven’t lost in any game where they’ve sent him to the mound at home, going a perfect 14-0 at Oracle Park in his starts.

San Francisco naturally favors pitchers, but Webb has taken that advantage to the extreme. Despite pitching the same number of innings, Webb has half as many earned runs, more strikeouts, and fewer walks when pitching at home. Given that the Giants have had the edge in home games as of late, this is going to be a tough ask for the Dodgers.

It’s going to be a clear night in the Bay Area, with temperatures sitting at 64 degrees and winds blowing out to right field at nine miles per hour.

This series has been tough to predict, as I figured the Giants would get their wins off pitchers not named Walker Buehler and Max Scherzer. They couldn’t seem to handle Urias last time, but the Dodgers never got anything going against Webb either.

This looks like a tight, low-scoring affair, so my bet tonight will be on the Under. For the game itself, I’ll take San Francisco. Bet this week’s MLB playoffs picks FREE by taking advantage of a 50% bonus on your first deposit of $100 to $500 at the sportsbook with the fastest payouts and best live wagering platform! —> Bovada Sportsbook!