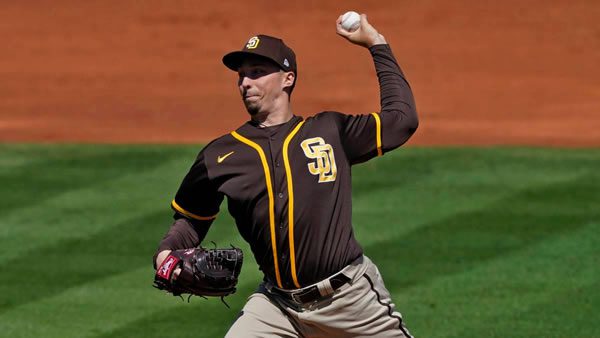 The San Diego Padres host the Los Angeles Dodgers on Tuesday, September 27th at PNC Park. The first pitch in this matchup is scheduled for 09:40 PM ET. The MLB Odds Board places Los Angeles as the favorite (-125), with an OU line set at 7.5.

In their most recent contest, the Dodgers knocked off the St. Louis Cardinals by a score of 4-1. In the game, Michael Grove went 5 innings for LA, giving up just 1 run on 3 hits. Los Angeles went up early in the game, scoring all 4 of their runs within the first 3 innings. This season, Los Angeles has put together a record of 52-26-0 on the road. Most recently, the team took 2 of 3 games from the Cardinals. This came after a surprising 4 game split vs Arizona.

Heading into Tuesday’s action, the San Diego Padres are coming off a 13-6 win over the Colorado Rockies. In the game, San Diego swung the bats well early, racking up 7 runs through 3 innings. After the Rockies made things interesting late, the Padres sealed the deal with 5 additional runs in the 8th. Mike Clevinger only last 4 innings in the game, giving up 8 hits and 5 earned runs. The Padres will look to stay hot at the plate, as they put up run totals of 13 and 9 in their series vs Colorado.

This season, Dodgers starter Tyler Anderson has put together a record of 15-4 on an ERA of 2.52. In his most recent outing, Anderson took the loss, giving up 3 runs through 6 innings of action. Currently, Andrson has a WHIP sitting at just 1.01. For the year, opponents have had a tough time stringing together hits vs the lefty, with a batting average of .221.

The San Diego Padres will counter with fellow southpaw Blake Snell. For the season, Snell has a record of 8-9 on an ERA of 3.62. Heading into action, he has a total of 159 strikeouts compared to 47 walks. Over 22 games pitched, opponents have taken Snell deep 10 times. Overall, he has a WHIP of 1.25.

Heading into Tuesday’s action between Los Angeles and San Diego, the over-under betting line is set at 7.5 runs. With a pitching matchup between Tyler Anderson and Blake Snell, I recommend taking the under. Even though San Diego has been swinging the bats better of late, it should be noted this came against the Rockies at Coors Field.