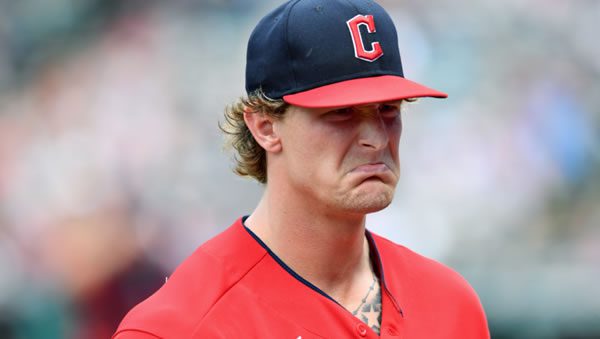 The Boston Red Sox host the Cleveland Guardians on Monday, July 25th at Fenway Park. The first pitch in this matchup is scheduled for 07:10 ET. The MLB Odds Board places Boston as the favorite (-120), with an OU line set at 9.5.

The Guardians come into this matchup having suffered a 3-run loss to the White Sox (6-3). Cleveland’s pitching staff finished the game by allowing 8 hits, leading to 6 runs. With their 11 hits, the Guardians could only muster 3 runs. The loss came as Cleveland was the betting underdog, getting 135.0 on the moneyline. Together, the Guardians and White Sox combined to surpass the over-under betting line set at 7.5 runs. Cleveland now has an over-under record of 45-43-6.

The Guardians are looking to continue adding wins, as they are 3-2 over their last 5 games. During this time, they have an average scoring differential of +15. A key to their recent success has been an offense averaging 6.4 runs per game, compared to their season average of 4.39. So far, Cleveland has won over half of their 30 series played, going 13-11-6.

Boston will look to move on from a 4 run loss to the Blue Jays, falling by the score of 8-4. In the game, the team’s pitching staff allowed a total of 15 hits, leading to 8 runs. At the plate, the Red Sox only came through for 4 runs on 9 hits. This loss came as no surprise, as Boston went into the game as the underdog, getting 140.0. So far, the team has gone into 43 games as the underdog, still finding the win column at a rate of 40.0%. In terms of the over-under, the Red Sox and Blue Jays combined to surpass the line of 10.5 runs. So far, Boston has an over-under record of just 44-45-7.

In their last 5 contests, the Red Sox have just 0 wins, going 0-5. During this time, the team has a run differential of -54. The team’s offense is partly to blame for their recent slump, as they have averaged just 2.6 runs over their last 5 game. Boston has a below .500 series record of just 12-14-4.

Cleveland will roll with Zach Plesac (2-7) as their starter. To date, Plesac has an ERA of 3.93 while lasting an average of 5.53 innings per appearance. Teams have been able to rack up runs against him, as he has a batting average allowed of 0.255. Opponents are hitting for power against Plesac, as his HR/9 figure sits at 1.15. Per game, Zach Plesac is averaging 4.0, on a strikeout percentage of 17.0%. For the season, he has struggled with command averaging 2.2 walks per outing.

The Boston Red Sox will send Nick Pivetta to the mound with an overall record of 8-7. Pivetta gets the start with an ERA of 4.5. On average, he has lasted 5.68 innings per appearance. Pivetta’s opponent batting average currently sits at 0.238. Opposing hitters are hitting home runs at an above-average rate against Pivetta. This year, he is allowing 1.17 HRs per 9 innings pitched. Per game, Nick Pivetta is averaging 5.47, on a strikeout percentage of 23.0%. Pivetta comes into the game hoping to improve his walk numbers, as he is averaging 3.25 free passes per outing.

Today’s matchup between the Cleveland Guardians and Boston Red Sox will be their 4th meeting of the season. Boston holds the edge in the series at 3-0. The over-under record in this series sits at 1-1. The average run total in these games is 10.5 runs per game. The averge scoring margin in these meetings is 3.33 runs. Dating back to last season, Boston picked up 4 wins compared to 2, taking the season series. The over-under record in last year’s matchups was 3-3, with the average run total being 10.5 runs per game. On average, the winning team won by a margin of 2.5 runs per contest.

Heading into Monday’s American League showdown between Cleveland and Boston, the Red Sox are the slight favorite on the moneyline. However, starter Nick Pivetta has fallen on hard times, giving up 21 earned runs over his last 3 starts. Based on this trend, it is worth taking the Guardians to pull off the upset. I like Cleveland on the moneyline.

Free MLB Pick: Guardians Moneyline. Bet your Red Sox vs. Guardians pick and ALL your MLB bets for FREE this week by taking advantage of a 50% real cash bonus up to $250 at a sportsbook where your credit card WILL work for deposits, where you’ll receive a 50% real cash bonus, rebates on ALL your bets; win, lose or draw and where you’ll find the BEST live betting platform on the web! –> Bovada Sportsbook!