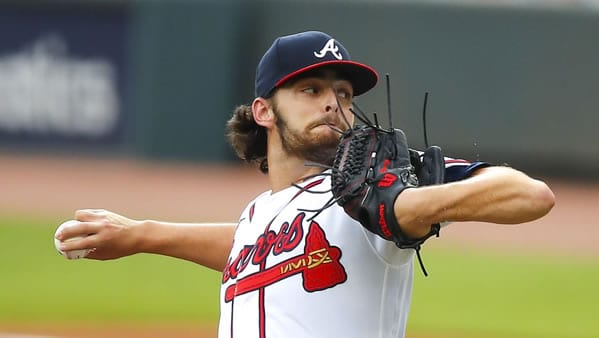 The New York Mets host the Atlanta Braves on Friday, August 5th, at Citi Field. The first pitch in this matchup is scheduled for 07:10 ET. The MLB Odds Board places New York as the favorite (-135), with an OU line set at 8.5.

In Atlanta’s last game, they fell to the Mets by a score of 6-4. Atlanta’s pitching staff finished the game by allowing 9 hits, leading to 6 runs. The Braves ended the game with just 4 runs on 7 hits. Atlanta’s loss came as the underdog, getting 100.0 on the moneyline. With the over-under line set at 8.0 runs, the Braves and Mets combined to go over this total. Atlanta has had more than half of their games go over the over-under line (53-49-4).

In their last 5 games, the Mets have put together a record of 4-1. During this time, the team’s run differential sits at +12. Compared to their season average, the Mets come into this game swinging the bats well, averaging 6.4 runs per game. On the season, New York has won more than half of their series, going 25-6-3.

The Atlanta Braves will send Ian Anderson to the mound with an overall record of 9-6. To date, Anderson has an ERA of 4.99 while lasting an average of 5.05 innings per appearance. Teams have been able to rack up runs against him, as he has a batting average allowed of 0.262. Opposing batters are hitting for power at a below-average rate against Anderson, as he is allowing just 0.98 per 9 innings. In terms of strikeouts, Ian Anderson has a strong strikeout percentage of 20.0%, including a per-game average of 4.5. In his previous outings, walks have been an issue, as Anderson is averaging 4.37 free passes per outing.

Taijuan Walker gets the start for the Mets, with an overall record of 9-2. Currently, Walker has a strong ERA of just 2.79 while pitching an average of 5.73 innings per outing. This season opponents are hitting 0.231 against Walker. So far, Walker has managed to keep the ball in the ballpark, allowing just 0.61 home runs per 9 innings. In terms of strikeouts, Taijuan Walker has a strong K% of 19.0%, including a per game average of 4.44. Command has been a problem for Walker, as he is giving up 2.44 walks per outing.

Today’s matchup between the Atlanta Braves and New York Mets will be their 9th meeting of the season. Currently, New York is winning the season series 5-3. Through 8 games, the series’ over-under record is 5-3, with the average run total sitting at 7.68 runs per game. The averge scoring margin in these meetings is 3.25 runs. Last season, Atlanta picked up the series win, 10 games to 9. The over-under record in last year’s matchups was 7-11, with the average run total being 7.68 runs per game. The average scoring differential in this series was 3.47 runs per game.

Heading into Friday’s NL East matchup between Atlanta and New York, the Mets have the slight edge on the moneyline. But aside from a rough outing vs the Angles, Braves starter Ian Anderson has been excellent of late. Atlanta has won 4 of 5 the right-hander’s last 5 outings. Look for this trend to continue in a win for the Braves.

Free MLB Pick: Atlanta Moneyline. Football season is coming! Be sure that you’re taking advantage of all the edges; especially betting on games at -105 odds instead of -110! Find this beautiful offer at BetAnySports Sportsbook!