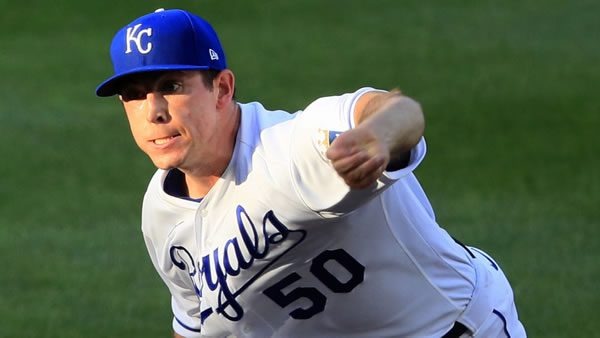 There’s a very weird trend going on with the Royals over the past month: the only pitchers who can get wins for them are those whose last name starts with S. Wins don’t mean as much for pitchers these days as they did a decade ago, but the fact remains that Kansas City hasn’t had a winning pitcher whose last name didn’t start with S since Dylan Coleman picked up the win against the Rockies on May 13.
Since then, only Brady Singer, Josh Staumont, and Collin Snider have picked up any wins to their name. Only Singer is a starting pitcher among that trio, which means he’s the only starting pitcher that the Royals can really count on until Zack Greinke gets back from the DL. Unfortunately for the Royals, Singer pitched on Wednesday against the Blue Jays (and naturally picked up the win), so he’s unavailable for this series. That leaves the Royals with a staff full of question marks, as they’ve got a team ERA of 5.17 for the season. Granted, Baltimore is the right opponent to face if you’re at a questionable spot in the rotation, but it’s still a worry for a team that has really struggled this season.

Don’t expect balls to leave the yard when the Royals are at the plate for three reasons. First, the Orioles can actually pitch pretty well when they get the game into their bullpen. Baltimore has a team ERA of 3.11, ranking fifth in the majors. Second, the Orioles actually tend to keep the ball in the park in the later innings, as they’ve only surrendered 18 home runs off the bullpen. They have given up 43 home runs from their starting pitching, but that should not matter in this game because Kansas City’s weak lineup has only hit 38 on the season.
The Royals simply aren’t the kind of team that is going to hit for power, even in this era of three true outcomes. However, Kansas City does have one strength when it’s at the plate: it can actually hit for extra bases reasonably well. Only the Mets and the Guardians have more tiples on the year than the 12 Kansas City has hit, which suggests that the Royals run the bases well when they hit the gaps properly. However, this team needs to have the right situation in order to get the offense going; they’re not going to squeeze much together unless the defense is inviting them to take advantage of a specific spot on the field.

While Kansas City struggles to generate offense, Baltimore has really had a tough time generating wins when going on the road. Granted, most teams have a difficult time getting wins away from home, but the Orioles have really found the going rough away from Camden Yards, winning just nine of 27 road games on the season. That’s worse than all but four teams: Cincinnati, Colorado, Detroit, and the Royals themselves.
The question here is whether there’s a problem for the Orioles on the road or whether this is the kind of growing pain that comes with a young team that’s trying to learn how to win in the big leagues. Recent outcomes suggest that it might be the latter. On their most recent road trip up to Boston and New York, the Orioles actually went 4-4, taking three of five in Fenway Park and nearly winning the series against the Yankees. Baltimore does finally have a sense of direction as to its future, and after three years of embarrassment, there’s a possibility that the Orioles have started to turn the corner on a long, slow rebuild.More Picks: Yankees at Twins Betting Predictions 6/9/22 >>>

The weather in Kansas City could be better, as it will be 80 degrees and cloudy at first pitch, but it could be worse. Wind won’t play a factor; it will blow at six miles per hour toward left field.

Both of these teams have been rough this year, but the Orioles are starting to show signs of becoming a competent ball club, and the Royals have been bad everywhere they’ve played. With Singer having gone last night, Kansas City doesn’t have the pitching edge in what could be a high-scoring situation. I’ll back the Orioles here. Question: Where do you bet your baseball picks? Does your bookie offer a 50% real cash bonus up to $250 in free bets? Does your credit card work there for depositing? Do you receive a rebate every single time you bet, even if your bet wins? Does your bookie have the BEST live betting platform on the web? Do they pay fast? It’s highly unlikely that your sportsbook offers even half of these great benefits. So take a few minutes to check out our Bovada Review and then look at their site for a few minutes. You’ll be so glad you made the switch!