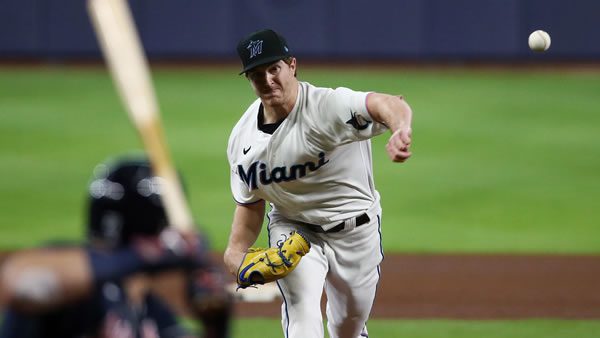 The Miami Marlins host the Texas Rangers on Monday September 12th at LoanDepot park. The first pitch in this matchup is scheduled for 01:10 ET. The MLB Odds Board places Miami as the favorite (-130), with an OU line set at 7.0.

Texas looks to keep things rolling after taking down Toronto by the score of 4-1. Overall, the team’s pitching staff limited Toronto to 1 run on 7 hits. The Rangers benefited from an offense that generated 4 runs on 9 hits. This victory came despite being the betting underdog, getting 100.0 on the moneyline. Together, the Rangers and Toronto stayed below the over-under line set at 8.0 runs. Texas games have still surpassed the over-under line more than half of the time, at 67-63-9.

Over the Rangers’ last 5 contests, they have a record of just 2-3. In this rough stretch of games, the team’s run differential comes in at -2. During this stretch, the offense is averaging 4.2 runs per game, similar to their season-long average of 4.45. Texas’s overall series record is just 15-24-6.

Miami will be looking to move on from a tough loss to the Mets by the score of 9-3. Miami’s pitching staff gave up 14 hits, leading to 9 runs for the Mets. With their 7 hits, the Marlins could only plate 3 runners. Leading into Miami’s loss, they were the underdogs, getting 125.0 on the moneyline. In their 79 games as the underdog, their straight-up win percentage sits at 28%. In terms of the over-under, the Marlins and Mets combined to surpass the line of 7.5 runs. So far, Miami has an over-under record of just 61-71-7.

In their last 5 contests, the Marlins have just 2 wins, going 2-3. During this time, the team has a run differential of -11. Even with their recent struggles, the offense has been steady, averaging 4.2 runs per game. This is right in line with their season average of 3.55. Miami has a below .500 series record of just 12-28-5.

Texas will roll with Glenn Otto (6-8) as their starter. To date, Otto has an ERA of 4.8 while lasting an average of 4.92 innings per appearance. So far, Otto has a batting average allowed of 0.233. Home runs have been an issue for Otto, as he is allowing an average of 1.25 per 9 innings pitched. On the season, Glenn Otto has had no problem racking up strikeouts, posting a strikeout percentage of 18.0%. This includes a per game average of 3.95 K’s per game. In his previous outings, walks have been an issue, as Otto is averaging 4.64 free passes per outing.

Trevor Rogers gets the start for the Marlins, with an overall record of 4-11. Rogers gets the start with an ERA of 5.51. On average, he has lasted 4.72 innings per appearance. Teams have been able to rack up runs against him, as he has a batting average allowed of 0.276. Opposing hitters are hitting home runs at an above average rate against Rogers. This year, he is allowing 1.27 HR’s per 9 innings pitched. Per game, Trevor Rogers is averaging 4.57, on a strikeout percentage of 22.0%. Rogers comes into the game hoping to improve his walk numbers, as he is averaging 3.79 free passes per outing.

Today’s matchup between the Texas Rangers and Miami Marlins will be their 2nd meeting of the season. So far, Texas is leading the season series, 1-0. The over-under record in this series sits at 1-0.

Leading into Monday’s interleague matchup between Texas and Miami, the Marlins have the slight edge on the moneyline. Miami has lost 6 straight games with Trevor Rogers as their starting pitcher and although Glenn Otto hasn’t been anything special this year, he has pitched decent of late. I like Texas on the moneyline.