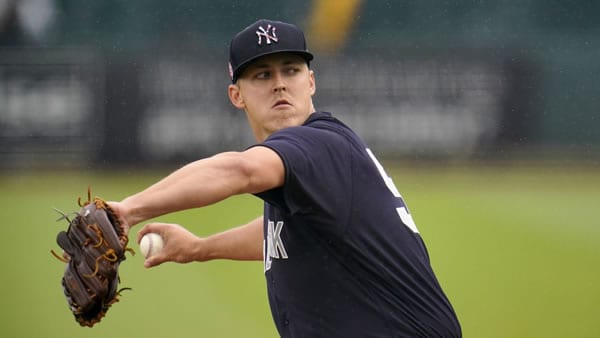 The New York Yankees host the Tampa Bay Rays on Saturday, September 10th at Yankee Stadium. The first pitch in this matchup is scheduled for 01:05 ET. The MLB Odds Board places New York as the favorite (-123), with an OU line set at 7.5.

Tampa Bay looks to keep things rolling after taking down the Yankees by the score of 4-2. Overall, the team’s pitching staff limited the NY Yankees to 2 runs on 9 hits. The Rays benefited from an offense that generated 4 runs on 11 hits. In the matchup, Tampa Bay was favored at -115.0 on the moneyline. Through 97 games as the favorite, the team has found the win column at a rate of 64.0%. Together, the Rays and NY Yankees stayed below the over-under line set at 7.0 runs. This outcome pushed Tampa Bay’s over-under record further below .500 at 60-65-11.

The Rays are looking to continue adding wins, as they are 4-1 over their last 5 games. During this time, they have an average scoring differential of +7. Tampa Bay has put together this record, despite averaging just 3.6 runs per game, compared to their season average of 4.26. So far, Tampa Bay has won over half of their 44 series played, going 24-17-3.

The Yankees will look to get back on track after dropping their last game by a score of 4-2 to the Rays. Even in the loss, the pitching staff allowed just 4 runs on 11 hits. At the plate, the Yankees only came through for 2 runs on 9 hits. New York dropped the game despite being favored at -105.0. For the season, the team has been favored in 127 games, winning at a rate of 61.0%. Combined, the Yankees and Rays’ run total fell below the over-under line of 7.0 runs. This result comes as no surprise, as the team’s over-under record is just 64-71-4.

Across their last 5 contests, the Yankees are above .500, going 3-2. During this time, the team’s run differential sits at +7. New York is still playing winning baseball, even with their offense averaging just 4.4 runs per game, compared to a season-long mark of 4.87. On the season, New York has won more than half of their series, going 25-15-6.

Tampa Bay will roll with Corey Kluber (10-7) as their starter. So far, Kluber has put together an ERA of 4.0. In his appearances leading up to today, he has lasted an average of 5.43 innings. Opposing teams have hit the ball well against the right-hander, with a batting average of 0.256. Opposing batters have been able to drive the ball with power against Kluber, averaging 1.15 homers per 9 innings pitched. In terms of strikeouts, Corey Kluber has a strong strikeout percentage of 21.0%, including a per-game average of 4.69. Throughout the season, Kluber has avoided walking batters, allowing just 1.14 per contest.

In today’s game, New York turns to starter Jameson Taillon. For the year, he has a record of 12-4. To date, Taillon has an ERA of 3.95 while lasting an average of 5.38 innings per appearance. Opposing teams have hit the ball well against the right-hander, with a batting average of 0.247. Opposing batters have been able to drive the ball with power against Taillon, averaging 1.43 homers per 9 innings pitched. In terms of strikeouts, Jameson Taillon has a strong K% of 20.0%, including a per-game average of 4.44. Taillon comes into the game hoping to improve his walk numbers, as he is averaging 1.61 free passes per outing.

Today’s matchup between the Tampa Bay Rays and New York Yankees will be their 18th meeting of the season. New York holds the edge in the series at 9-8. Through 17 games, the series over-under record is 6-11, with the average run total sitting at 7.79 runs per game. In these matchups, the average scoring differential sits at 2.29 runs. Going back to last year, Tampa Bay won the season series, 11 games to 8. The over-under record in last year’s matchups was 9-10, with the average run total being 7.79 runs per game. The average scoring differential in this series was 4.0 runs per game.

Heading into Saturday’s matchup between Tampa Bay and New York, the Yankees are the slight favorite on the moneyline. However, I recommend taking the Rays to pick up the win, as Corey Kluber shut down New York in his last outing, allowing just 2 hits across 7 innings.

Free MLB Pick: Rays Moneyline. Bet your Week 1 NFL predictions for FREE by taking advantage of a 100% real cash bonus up to $300 when you use bonus promo code PREDICT100 at MyBookie Sportsbook!