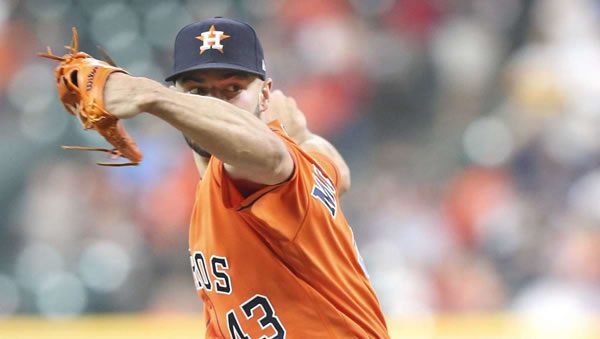 One of the odd quirks of the baseball schedule is how often you get a rematch between the same two teams and the same two pitchers that you just had a week ago. In this case, it’s even more pronounced because the MLB schedule gave the Mariners and Astros over half of their matchups in the final two months of the season, which ended up playing huge roles in the playoff race.

Last time out, Kikuchi had enough to help his team to a shutout win over the Astros, and the Mariners have now pulled themselves to just 4.5 games back of Houston for the AL West title. Seattle is technically closer to the wild card, but with Houston now within striking distance, the Mariners are going to want to throw everything into getting these wins and getting themselves right on the Astros’ heels. This is the last shot these teams get at each other, making this a true must-win series.

Building Off the Past

To get a win here, the Mariners will need Kikuchi to build off of his most recent showing and put in another strong performance. In his last appearance against the Astros, Kikuchi was brilliant, scattering just four hits and allowing the Mariners to roll to a 4-0 win. But in two other starts against Houston, he was decidedly less brilliant, leaving the game by the fifth inning in contests that would see the Astros combine for 23 runs.

Over Kikuchi’s starts, there’s been one constant: his team is probably not going to bail him out. Over his past ten starts, the Mariners have five wins and five losses, and the under has cashed in four of the five wins while hitting in none of the defeats. In fact, the Mariners have been remarkably consistent when Kikuchi has pitched, scoring precisely four runs in seven of his past ten starts. Only once have they gone above that number, and it’s pretty unlikely that they’ll top it here either.

Here’s something that you might not be paying attention to: the Astros have really been wasting their chances at the plate, despite holding the best batting average in the game. Over their past ten contests, the Astros have managed to score just 33 runs and have failed to score more than three in five of their past seven games.
At the other end of the spectrum, you’ve got the Mariners, who have cashed the over in three straight contests, almost hitting it by themselves in one of them and hitting it alone for real in another. Yet Seattle sits dead last in batting average in the majors.

There are a couple of reasons for the disparity. First, the Astros have spent the past week playing the Padres and the Mariners, a pair of teams with solid pitching and defense, while the Mariners have been playing the Diamondbacks, who can’t stop anyone from scoring. Second, and more concerning to the Astros, Houston has been relatively wasteful with its chances, while Seattle actually tends to cash in when it gets runners on base. Despite being the worst in the majors at hitting, Seattle is only 22nd in run production, meaning that when someone does get on base for Seattle, there’s a good chance they’re coming around to score.

With temperatures at 90 degrees and humidity coming to Houston, this game’s almost certainly going to be played indoors.

Seattle got what it wanted: a series with Houston and a chance to set itself up to compete for the AL West title. The pitching matchup isn’t a great one, but Kikuchi has done the job before, and if he can do it again against a slumping Houston side, the Mariners will be even closer to ending the playoff drought.

It’s a big risk, but that’s where the value is. I’ll take Seattle. Football is here! It’s time to stop betting at overpriced odds (-110) and make the switch to reduced juice (-105 odds) at BetAnySports! Making the switch will save you TONS of loot!