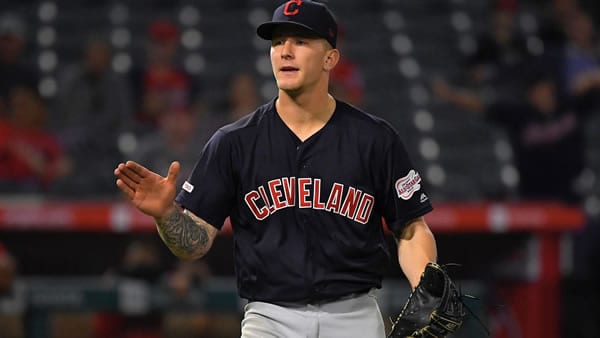 Money Line: Twins =110 / Guardians +100 (BAS - Bet on games at reduced odds at no cost to you! Why even consider betting elsewhere for more?)

The Cleveland Guardians host the Minnesota Twins on Tuesday, June 28th at Progressive Field. The first pitch in this matchup is scheduled for 01:10 ET. The MLB Odds Board places Minnesota as the favorite (-110), with an OU line set at 9.

In Minnesota’s last game vs the Guardians, the Twins came away with a 11-1 win. On their way to the victory, the pitching staff gave up 1 run on 5 hits. The Twins lineup had a good night at the plate, coming up with 14 hits, leading to 11 runs. Heading into their last game, Minnesota was the betting favorite at -130.0. So far, the team has been the favorite in 53 of their games, winning at a rate of 62.0%. This game went over the posted over-under line of 8.0 runs. After the game, Minnesota’s over-under record moved back to .500 at 35-35-5.

In the Twins’ last 5 games, they are above .500, going 4-1. Over this stretch, the team has a positive run differential at +19. Minnesota’s offense heads into action averaging 4.8 runs per game in their last 5 contests. Similar to their season average of 4.52. So far, Minnesota has won over half of their 24 series played, going 13-7-4.

Cleveland will be looking to move on from a tough loss to the Twins by the score of 11-1. Cleveland’s pitching staff gave up 14 hits, leading to 11 runs for the Twins. With their 5 hits, the Guardians could only plate 1 runner. This loss came as no surprise, as Cleveland came into the game as the underdog, getting 110.0. So far, the team has gone into 37 games as the underdog, still finding the win column at a rate of 41.0%. The Guardians and Twins went over the run total line set at 8.0 runs. Overall, the team has gone over the betting line in over half of their games, going 34-30-5.

The Guardians come into today’s game looking to turn things around, as they are just 0-5 over their last 5 games. During this time, the team has a run differential of -21. If Cleveland is going to pick up their play, they need to improve their offensive performance. Over their last 5 contests, they are averaging just 1.8 runs per game, compared to a season average of 4.48. On the season, Cleveland has won more than half of their series, going 11-9-4.

The Minnesota Twins will send Devin Smeltzer to the mound with an overall record of 4-1. Through 8 appearances, Smeltzer has an ERA of just 3.05 while averaging 5.51 innings per appearance. Hits have been hard to come by against the left-hander, as his batting average allowed is just 0.224. Opponents have been able to hit for power against Smeltzer, as he has an HR/9 figure of 1.43. Smeltzer is in the bottom half of the league in strikeouts, averaging just 2.75 K’s per game. This includes a strikeout percentage of 13.0%. Leading into the game, he has shown a strong command of his pitches, averaging just 2.23 walks per contest.

In today’s game, Cleveland turns to starter Zach Plesac. For the year, he has a record of 2-5. Plesac gets the start with an ERA of 4.17. On average, he has lasted 5.62 innings per appearance. Teams have been able to rack up runs against him, as he has a batting average allowed of 0.256. Home runs have been an issue for Plesac, as he is allowing an average of 1.35 per 9 innings pitched. Plesac’s current strikeout average is 3.85 per game. This includes a K rate of 16.0%. Leading into the game, he has shown a strong command of his pitches, averaging just 2.09 walks per contest.

For the season, the Minnesota Twins and Cleveland Guardians will be playing their 8th game of the season. Minnesota has the lead in the series at 4-3. Through 7 games, the series’ over-under record is 4-3, with the average run total sitting at 8.74 runs per game. In these matchups, the average scoring differential sits at 2.86 runs. Going back to last year, Minnesota won the season series, 11 games to 8. In these 19 meetings, the two teams combined for an over-under record of 10-8. Last year, the Twins and Guardians averaged 8.74 runs per game. On average, the winning team won by a margin of 3.58 runs per contest.

Heading into Tuesday’s Al Central matchup between Minnesota and Cleveland, look for the Guardians to get some revenge on the Twins and pick up the win. In Zach Plesac’s last outing, Cleveland fell to Minnesota despite Plesac holding the Twins to just 1 run across 6 innings. Look for Cleveland to have a better performance at the plate vs Devin Smeltzer.